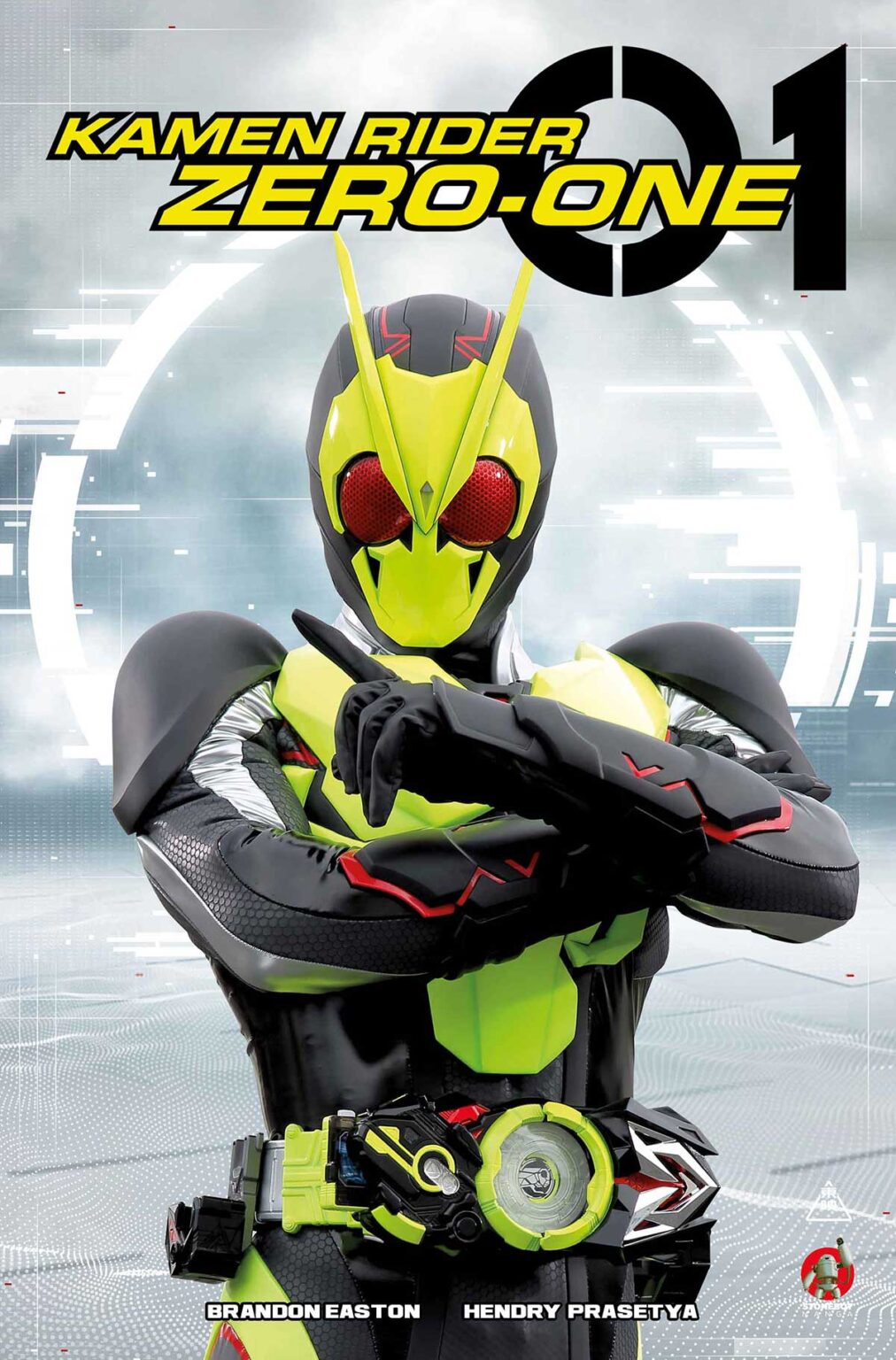 BLADE RUNNER: 2039 #1
Writer(s): Mike Johnson, Mellow Brown
Artist(s): Andres Guinaldo
Colorist: Marco Lesko
Publisher: Titan Comics
FC, 32pp, $3.99
On sale: December 7, 2022
Los Angeles 2039. It has been three years since Niander Wallace introduced his brand of ‘perfectly obedient’ Replicants, and the ban on synthetic humans has been lifted, at least for the new Wallace models―the older Tyrell Corp’s Nexus 8 units are still hunted by Blade Runners. Cleo Selwyn, first seen as a small child in Blade Runner 2019, has returned to L.A. some twenty years later, searching for Isobel, a Replicant copy of her real mother who died when she was three. Cleo believes that Niander Wallace is holding Isobel captive, and the only person she can call on for help is the one who saved her so many years ago: Aahna ‘Ash’ Ashina, now an aging and disgraced ex-Blade Runner.

Aruto Hiden is KAMEN RIDER ZERO-ONE! Along with his trusty humagear companion Izu, he’s saved the world numerous times as the insectile superhero! But when his company HIDEN INTELLIGENCE is attacked by the mysterious RAGNAROK, Aruto must not only face the volcanic cluster cell-powered villain but also his own past… Science meets the supernatural in award winning cartoonist Richard Marazano’s graphic novel, when the eccentricities of infamous engineer and inventor, Nikola Tesla, are warped into a terrifying mystery during World War Two. MANGA ADAPTATION OF THE FAMOUS JAPANESE TV SERIES! AN EPIC ACTION SERIES ABOUT A DEFENDER OF JUSTICE WITH A TWIST!

BASED ON THE ORIGINAL CONCEPT AND STORY BY TOKUSATSU LEGEND SHOTARO ISHINOMORI!

Kamen Rider Kuuga marks the return of a classic manga character adapted for the 21st century that’s sure to surprise both new and veteran fans alike. With weapons expert Joanna Tan, the legendary “Gun Honey”, off the grid, recuperating from her last job, a vengeful rival takes her place– and frames Joanna for murder. On the run from Malaysia to Milan, from Montana to Monaco, can Joanna catch up to her ruthless enemy…or will she catch a bullet first? Adler pulls Sherlock into a complex web of mysteries involving the CIA and the MoD, with secrets that could threaten to threaten international security and topple the monarchy. COLLECTS OUT OF THE SHADOWS, SEA OF SORROWS, AND RIVERS OF PAIN

Collected together for the first time, this action-packed omnibus of tightly coordinated novels is stuffed to the gills with jaw-dropping, acid-burning tension, revealing the terrifying events that occur between the Alien and Aliens movie hits Dozens of recipes inspired by the masterpieces of Studio Ghibli: My Neighbour Totoro, Spirited Away, Princess Mononoke, Howl’s Moving Castle…

Dive into the dreamlike worlds of these animated films and enjoy the recipes created by Thibaud Villanova, Chef and streamer known as the Gastronogeek, a specialist in the cuisine of the imagination. The official art book for the animated movie The Amazing Maurice, based on the Carnegie Medal-winning Discworld novel by Terry Pratchett.

The Art of the Film is a coffee table hardback celebration of the creative process of bringing The Amazing Maurice to life. Including exclusive concept designs, character sketches, storyboards, and production art, alongside insight from the artists, filmmakers, and directors.