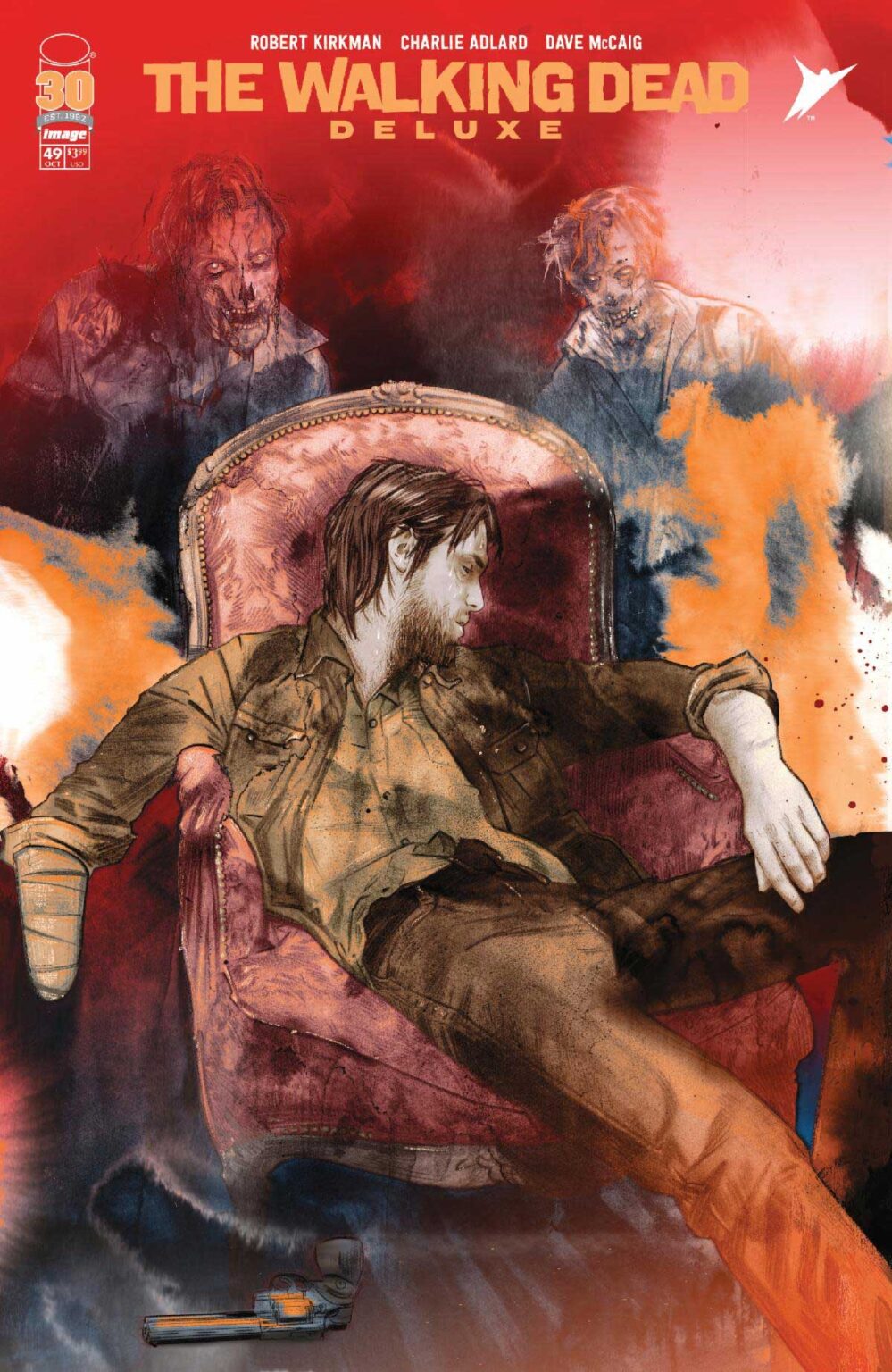 Skybound Entertainment has released the connecting covers for The Walking Dead Deluxe #49 by artist Tula Lotay.

These all-new covers will appear as variants to The Walking Dead Deluxe #49-54, with each issue presenting the series in full color format for the first time from creator Robert Kirkman, with art by Charlie Adlard and colors by Dave McCaig. Fans will also receive a new look at the worldwide pop culture phenomenon with exclusive “Cutting Room Floor” commentary, revelations, pinups and more from Kirkman celebrating the secret history of the series.

“After following up recent cover runs from Mike Del Mundo, Stephen Platt & Dave McCaig, and Paolo Rivera, we’re so excited that Tula Lotay is our next artist illustrating an incredible set of connecting covers for The Walking Dead Deluxe,” said Amanda LaFranco, Editor at Skybound in a press release. “The emotion she’s bringing to these illustrations captures the next harrowing arc so well, which sees our group splintered and separated after the events at the prison. Tula has such an immaculate eye when it comes to character, I’m so thrilled she went in this direction for these covers gracing our next six issues.”