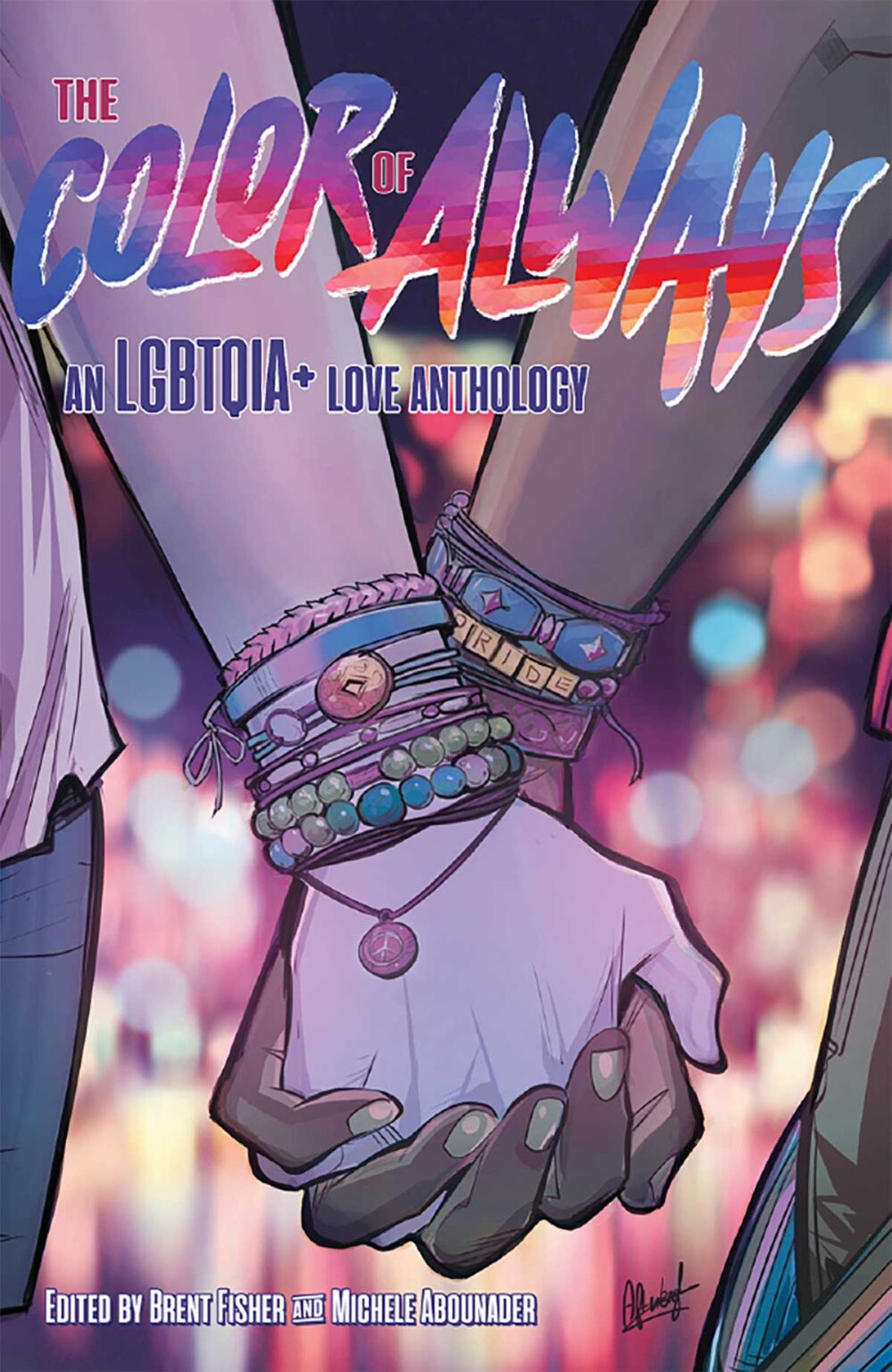 Love anthology “The Color of Always” gets a new edition for distribution in the direct and book market, due out in 2023 from New York-based publisher A Wave Blue World.

Originally funded through Kickstarter by editors Brent Fisher and Michele Abounader, “The Color of Always” features a comic collection of personal stories about LGBTQIA+ love. Nearly raising $40,000 from over seven hundred backers via the campaign, Fisher and Abounader used the funds to not only to pay creators, but print a small batch of books through their imprint, Extra Pages Press, to send to backers.

However, with their stock exhausted, Fisher and Abounader turned to A Wave Blue World to produce a new edition of the book to be made available in both direct market comic shops as well as the book market.

The upcoming edition will feature a new version of the original cover by Elisa Romboli, as well as fresh bonus content.

“At a time where stories that champion and contextualize diversity are under assault, we wanted to elevate queer creative voices as both as a preservation of truth and an opportunity to educate,” says co-editor Brent Fisher.

“We are incredibly proud of this collection and everyone involved,” adds co-editor Michele Abounader. “It is important to us, on both a personal and professional level, to give creators this platform to tell their stories authentically, without censorship, sterilization, or judgment.”

The new edition of “The Color of Always: An LGBTQIA+ Anthology” arrives June 2023, expected to be available anywhere comics and graphic novels are sold.