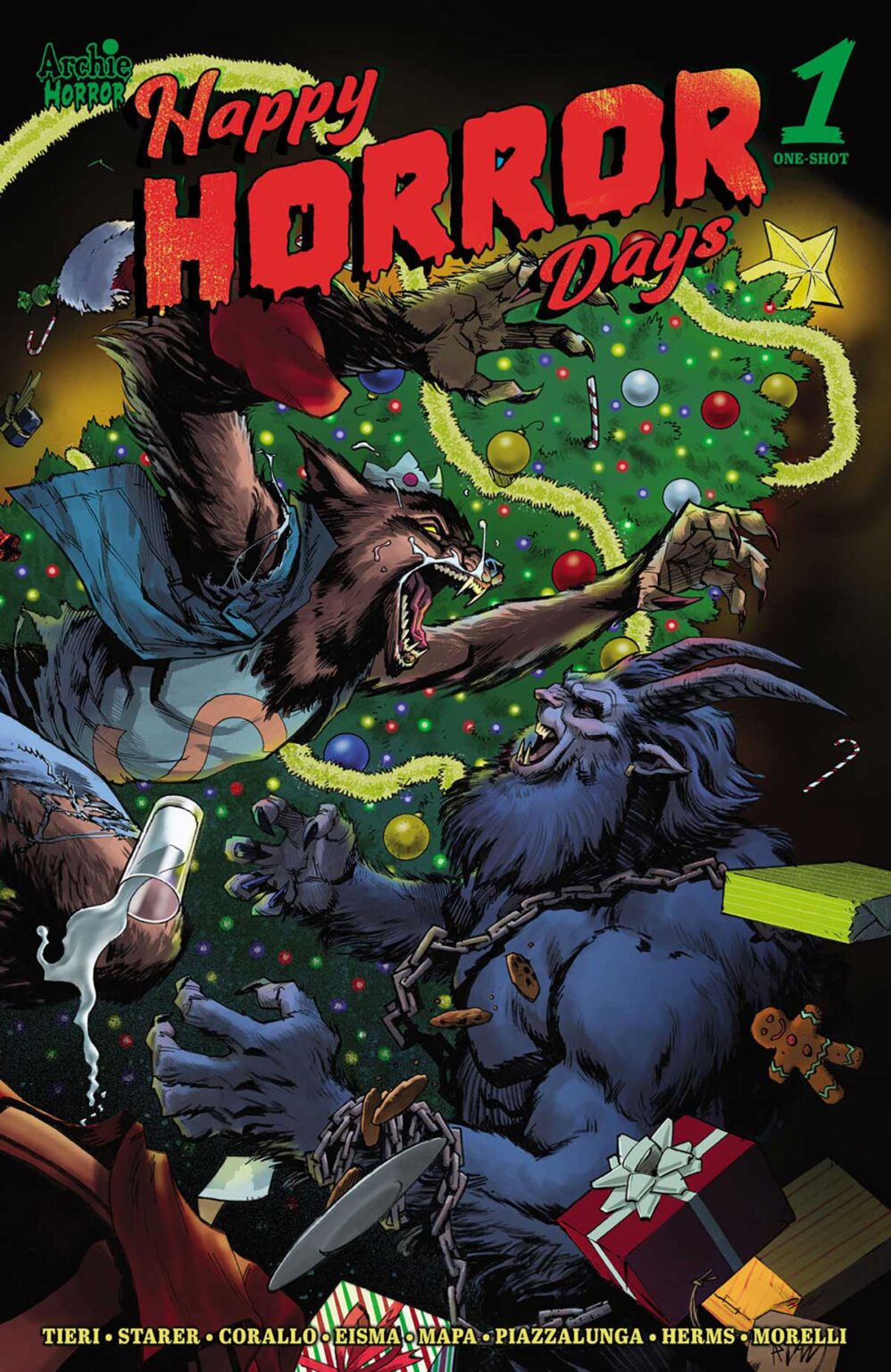 Archie Comics is putting the horror in the holidays with the December release of Happ Horrordays, a new one-shot set in the darker side of the Archie Universe. In a press release from Archie Comics writer Frank Tieri said, “In ‘‘Twas the Night Before the Hunger,’ X-Mas turns into an X-Massacre when Jughead finds himself up against none other than a pissed off Krampus one fine Christmas morn. It’s a nice little tale of ho-ho-horror where we may see more than just Christmas cookies and hamburgers getting eaten.”

In Tieri’s JUGHEAD: THE HUNGER series, Jughead is a werewolf, and we were treated to another trip back to that fan-favorite universe from CHILLING ADVENTURES PRESENTS… WEIRDER MYSTERIES, a sci-fi horror one-shot released in September.

In the second story, inspired by Icelandic folklore by writer Joanne Starer (Sirens of the City) and artist Butch Mapa (Star Wars), a terrifying cryptid teams up with Sheila Wu, a character introduced in the now-classic “New Kids Off the Wall” storyline by Alex Simmons and Dan Parent in 2010. Joanne Starer said, “Outcast fashionista Sheila Wu has one friend in the world. It just happens to be a terrifying, gigantic cat — the Yule Cat of Icelandic folklore, known to hunt children who don’t get new clothing for Christmas. When bullies Veronica and Cheryl Blossom mock her clothes and reject her gifts, well, they get a Christmas present they’ll never forget!”

“In my last Archie comic, JINX GRIM FAIRY TALES, I had the opportunity to take the previously heroic character of Kardak the Mystic and reintroduce him as a villain that needed to be overcome,” Joe Corallo said. “This time, I got to give the same treatment to Sugar Plum. I won’t reveal much more as I want to avoid spoilers, but I hope people are pulled in from the first page and shocked by where the story goes!”