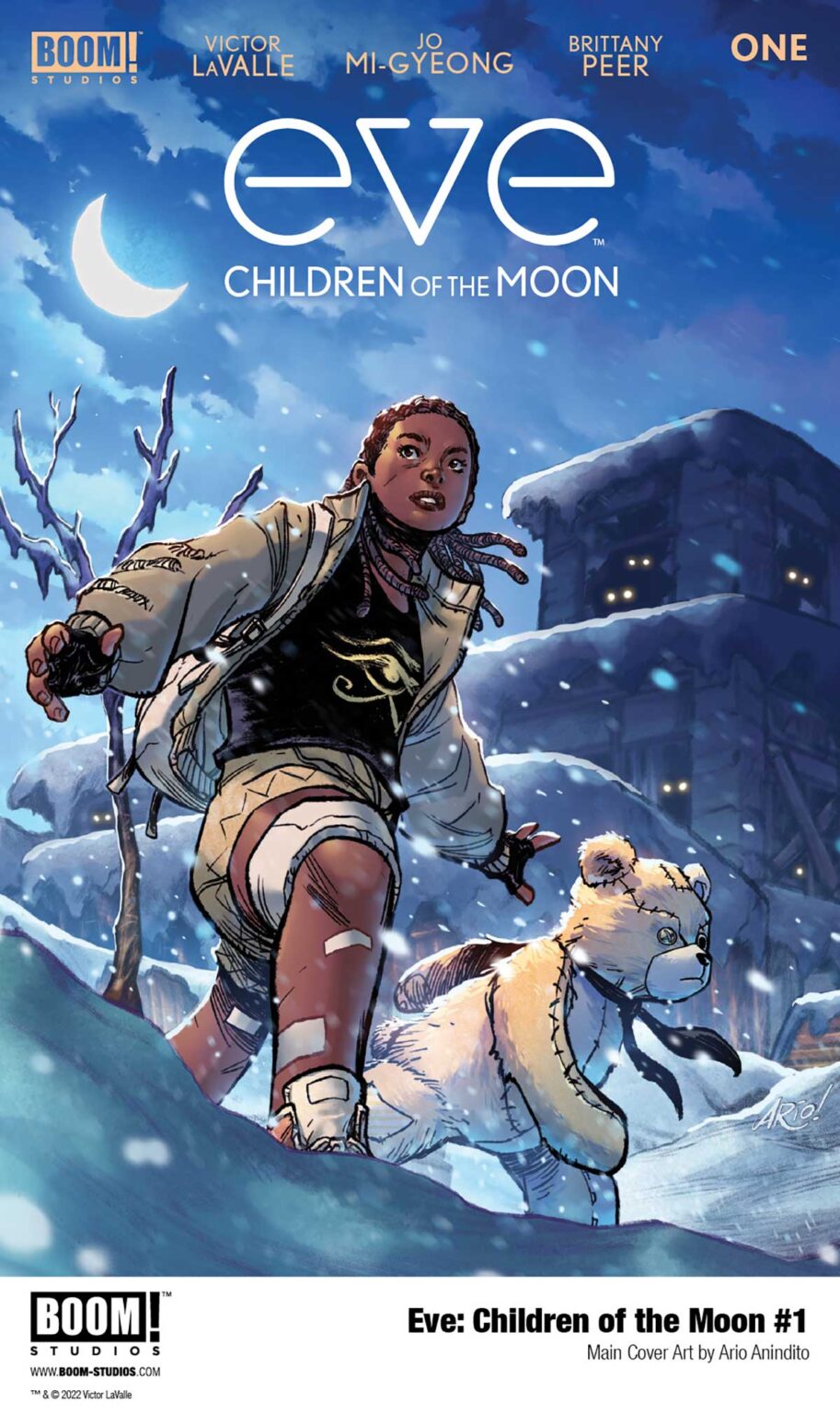 BOOM! Studios released this first look at Eve: Children of the Moon #1, a new mini-series from Victor LaValle and Jo Mi-Gyeong.

Eve seemingly saved the world once already, embarking on a perilous quest to protect what remained of humanity after a deadly virus outbreak… but the story doesn’t end there! Eve, Eve’s sister, and Wexler face new challenges, and a darkness from the past.