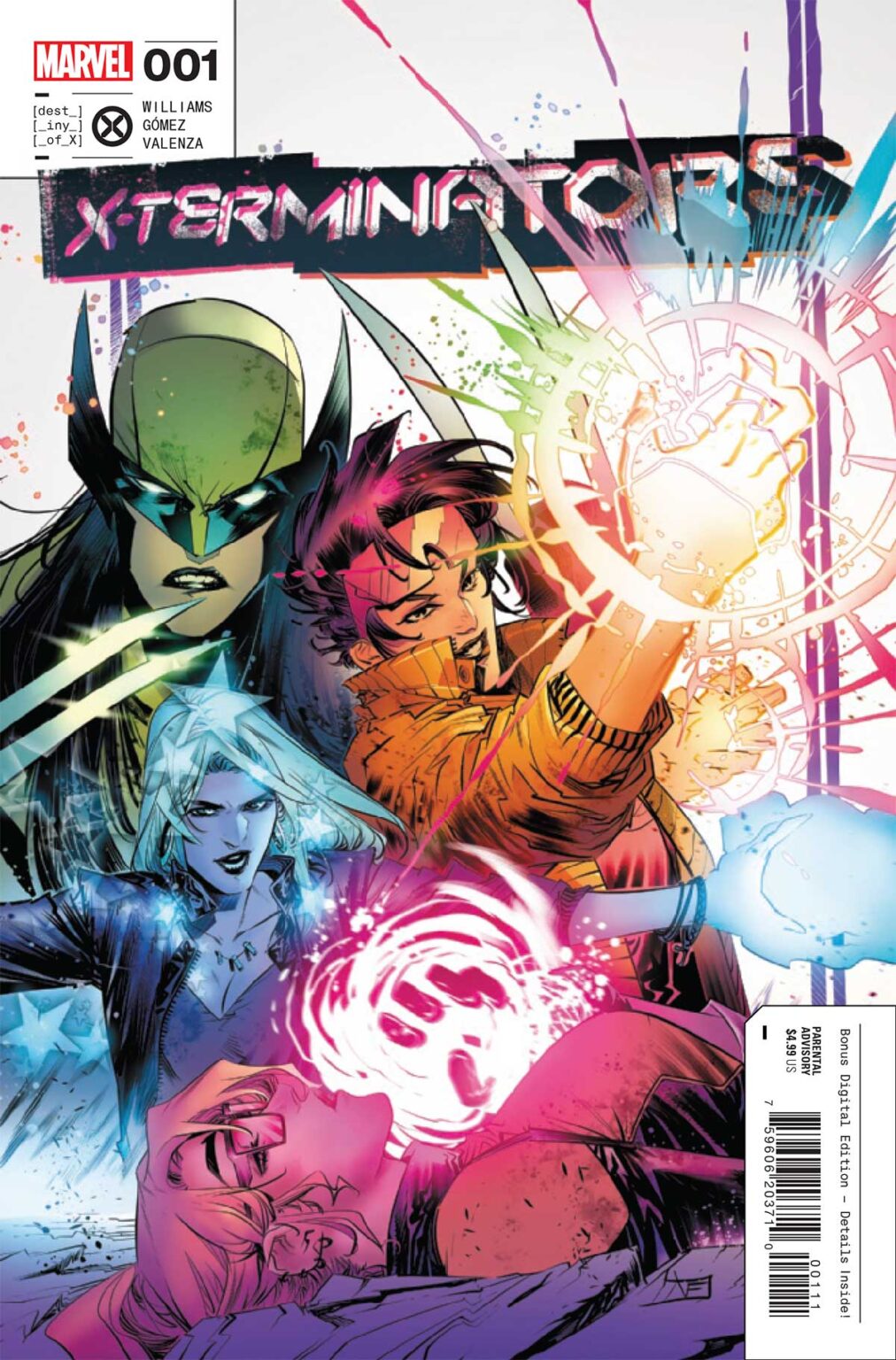 Marvel Comics launches X-Terminators this week, and we have a preview of the issue for you to check out ahead of Wednesday’s release.

X-TERMINATORS #1 (OF 5)
LEAH WILLIAMS (W) • CARLOS GÓMEZ (A)
Cover by Federico Vicentini
VARIANT COVER BY ARTHUR ADAMS
DESIGN VARIANT COVER BY TOM MULLER
VARIANT COVER BY SKOTTIE YOUNG
VARIANT COVER BY InHyuk Lee
VARIANT COVER BY Terry Dodson
ENTER THE GRINDHOUSE OF X!
When Jubilee and Boom-Boom agree to take Dazzler out for a night on the town to console her after her nasty breakup, they have no idea they’re about to be kidnapped and put into elaborate death traps for their efforts! What are three girls with the power to blow things up to do? Leah Williams and Carlos Gómez put the X in eXploitation in this tale of blood, sweat and REVENGE!
40 PGS./Parental Advisory …$4.99
order using 75960620371000111