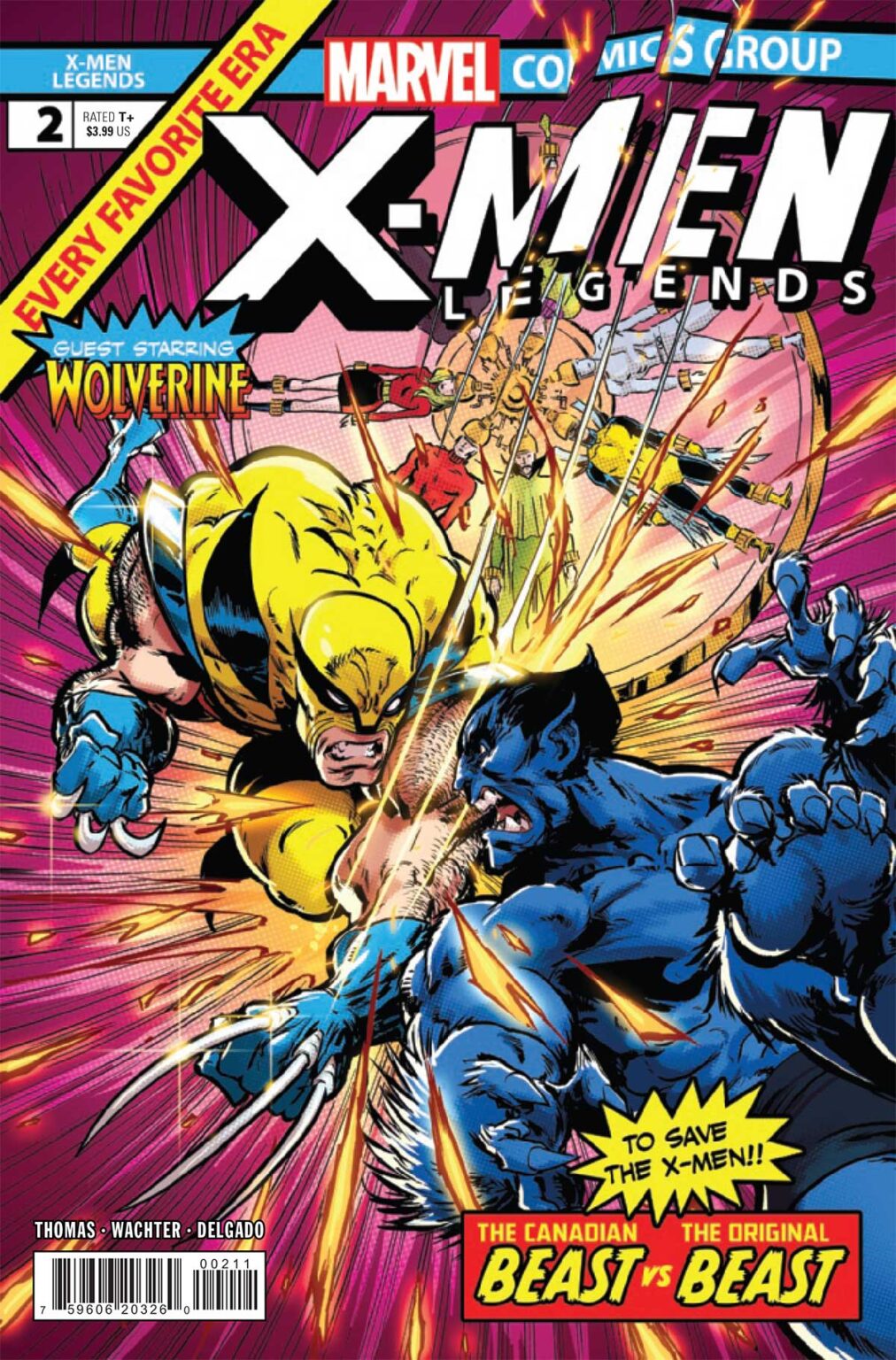 Roy Thomas and Dave Wachter reveal a missing link between Hulk #182 and Giant-Size X-Men in this week’s X-Men Legends #2 from Marvel Comics.

X-MEN LEGENDS #2
ROY THOMAS (W) • DAVE WACHTER (A) • Cover by KAARE ANDREWS
Variant Cover by Jim Rugg
WOLVERINE…VERSUS THE X-MEN?!
• Department H has sent their operative WEAPON X, A.K.A. WOLVERINE, on a mission to retrieve “dangerous individuals” — who just so happen to be mutants known as the X-MEN!
• But what sinister forces are moving the mutants against each other, and how does it play into Wolverine’s eventual membership on the team?
• At last — X-Men and Marvel legend Roy Thomas reveals a missing link between Wolverine’s appearance in HULK #182 and joining the X-Men in GIANT-SIZE X-MEN!
32 PGS./Rated T+ …$3.99
order using 75960620326000211