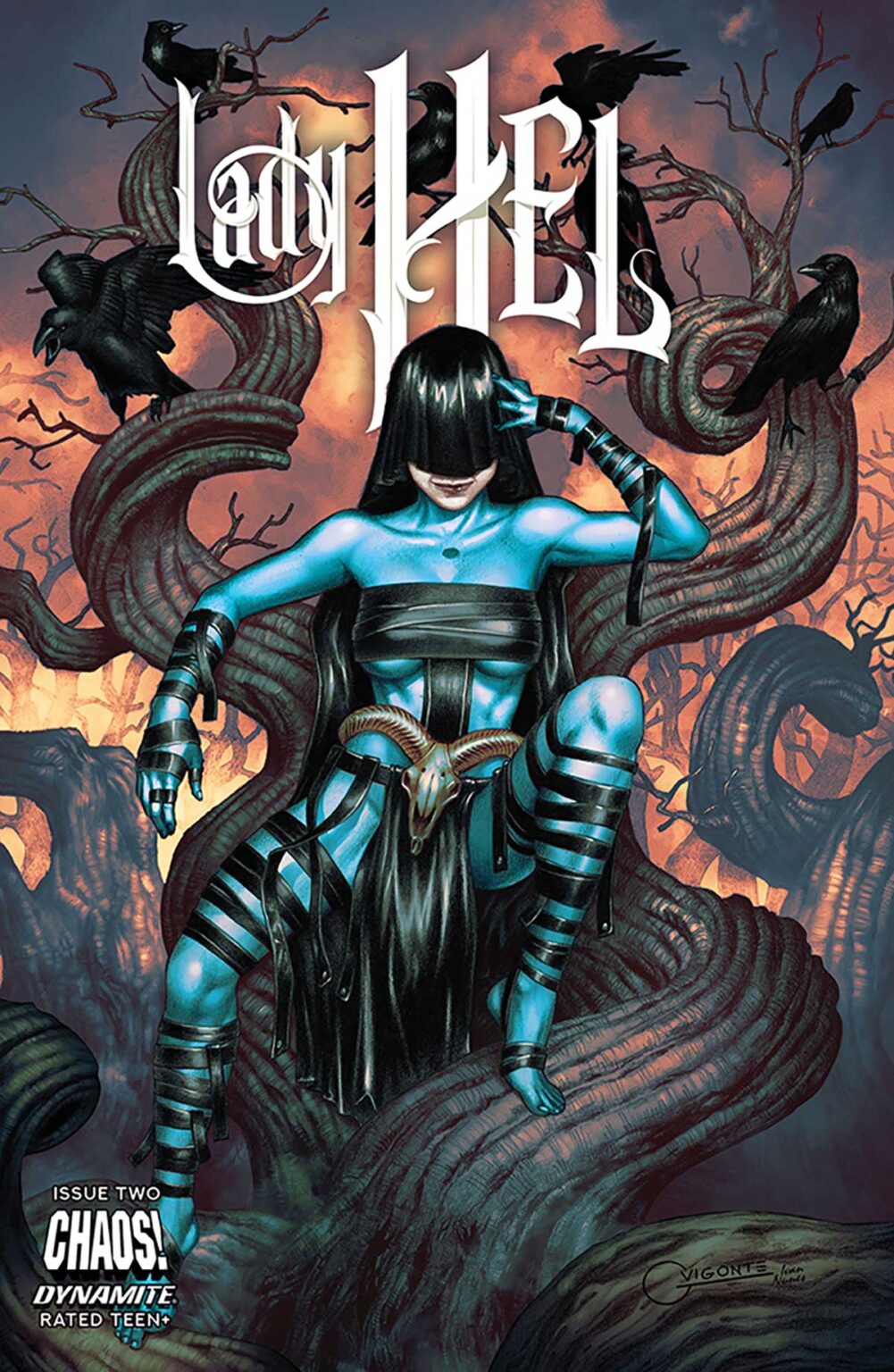 Lady Hel has been defeated by Purgatori! Now what? Find out in this sneak peek at Lady Hel #2 from Dynamite Entertainment.

LADY HEL #2
Writer: Erik Burnham
Artist: Zhengis Tasbolatov
Covers: Lucio Parrillo (A), Geebo Vigonte (B), Mike Mahle (C), Daniel Maine (D), Cosplay / Rachel Hollon
32 pages | Horror | $3.99 | Teen+
LADY HEL HAS BEEN DEFEATED BY PURGATORI – WITH SHOCKING RESULTS!
Filled with chaos, attempted murder, and an undead seagull, the story like no other continues! After an encounter with an unfriendly entity in an underworld not her own, Lady Hel finds her way to get back to her own dimension’s Earth. While there, she discovers the chaotic ramifications of her defeat at the hands of the future Purgatori – and to add insult to injury, she also learns that those ramifications have brought unexpected benefits to an ancient rival – one who has no intention of Lady Hel restoring the status quo.