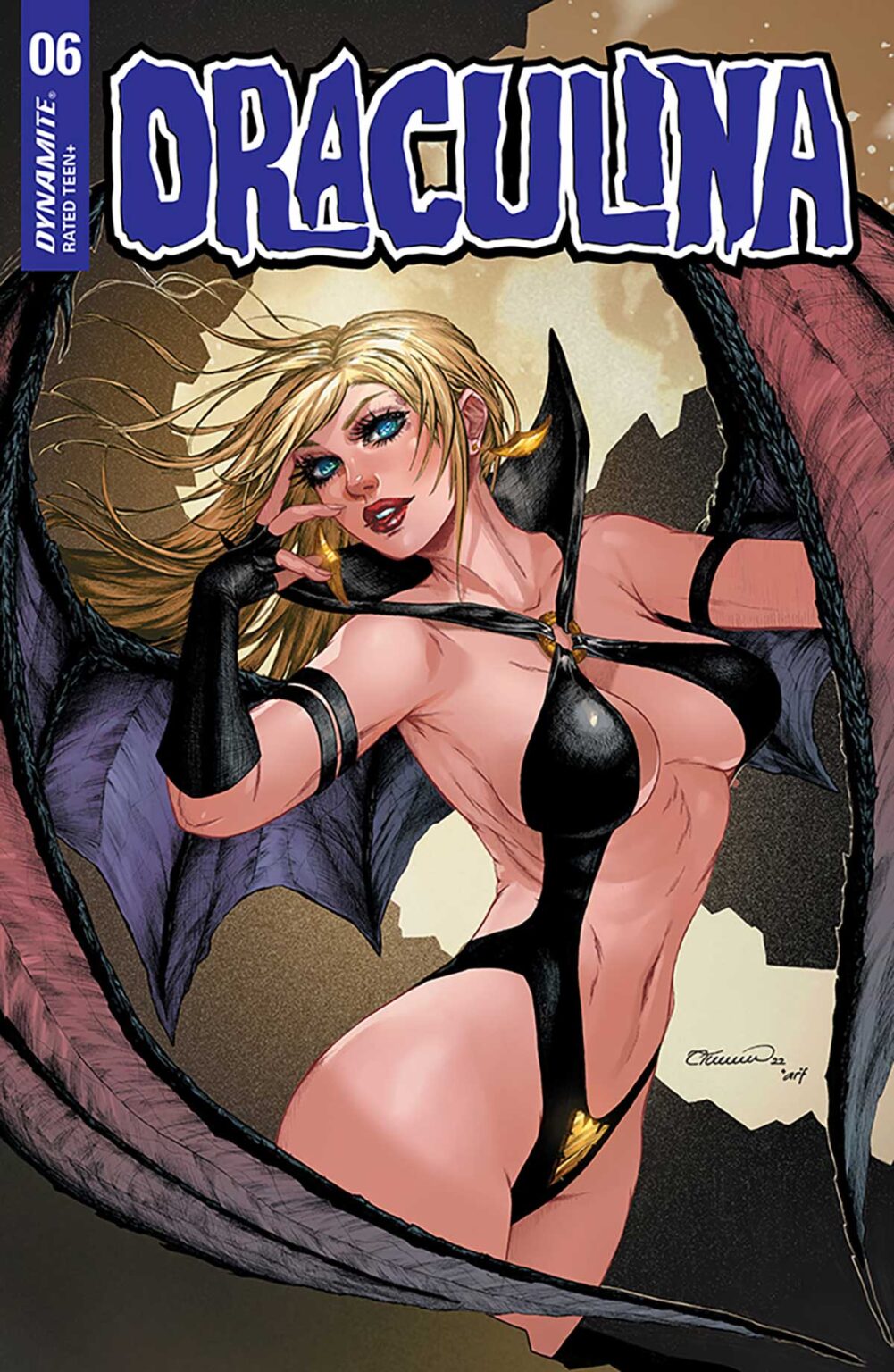 It’s the series finale of Draculina in this week’s Draculina #6 from Dynamite Entertainment.

DRACULINA #6
Writer: Christopher Priest
Artist: Michael Sta. Marie
Covers: Collette Turner (A), Shannon Maer (B), Guillem March (C), Rafael Kayanan (D), Cosplay / Rachel Hollon (E)
32 pages | Horror | $3.99 | Teen+
IT’S A MULTIVERSAL MIXUP AS DRACULINA LOSES HER POWERS AND VAMPIRELLA IS OUT FOR HER BLOOD!
In an effort to teach Draculina a lesson, Hesiod, an interdimensional “reality merchant,” has scrambled multiple realities, resulting in a now-human (and powerless) Draculina being stalked by an evil, bloodthirsty Dark Vampirella (or “Vampirella Dark”?). Plus, having failed in her attempt to destroy the
demon Belial, Lilith of Drakulon is given an impossible choice: to choose which version of the daughter she has searched for over several lifetimes will live and which will die?