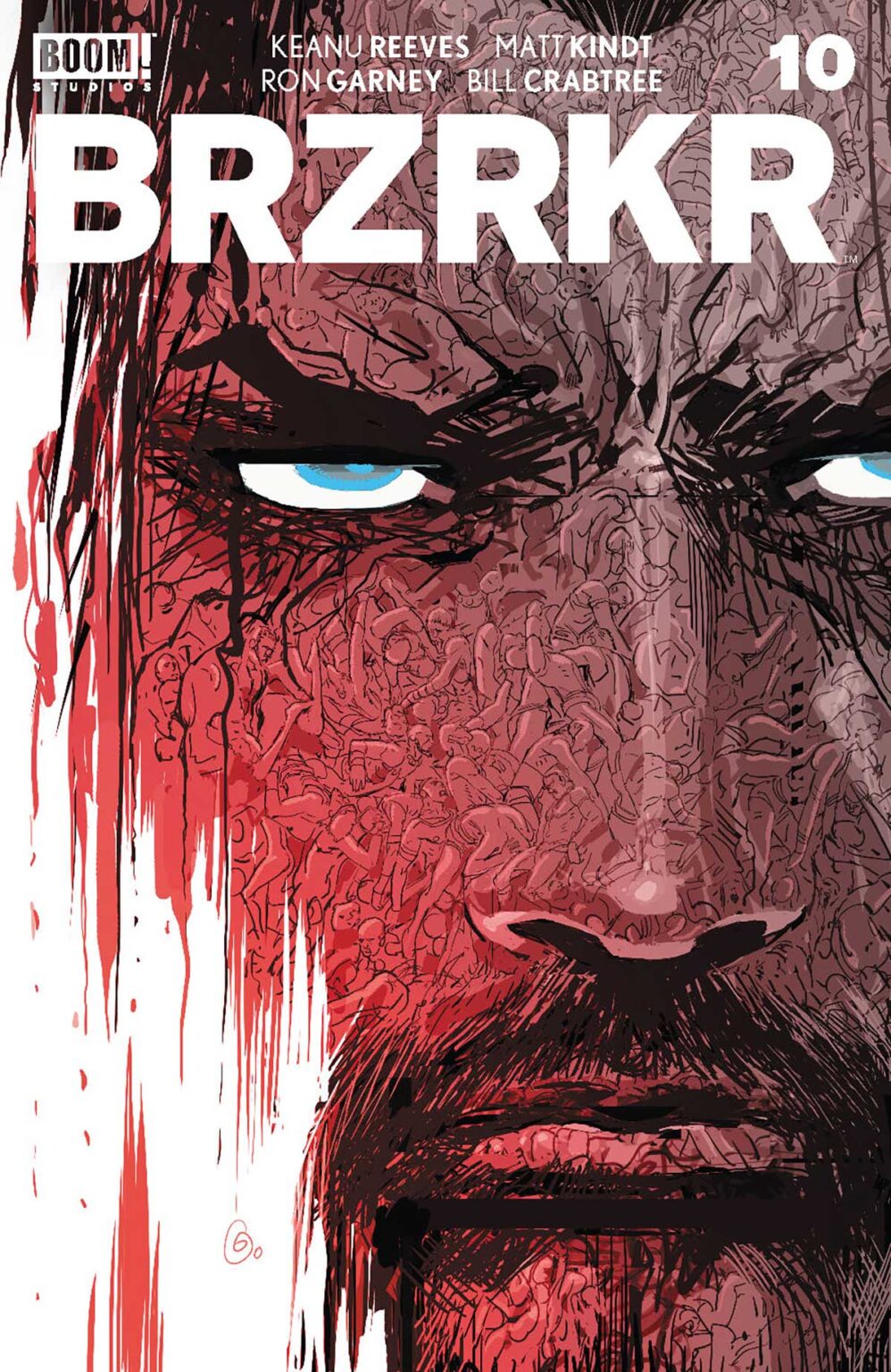 Soon to be a major live-action something or other! BOOM! Studios sent Major Spoilers a sneak peek of this week’s BRZRKR #10 by Keanu Reeves, Matt Kindt, and Ron Garney.