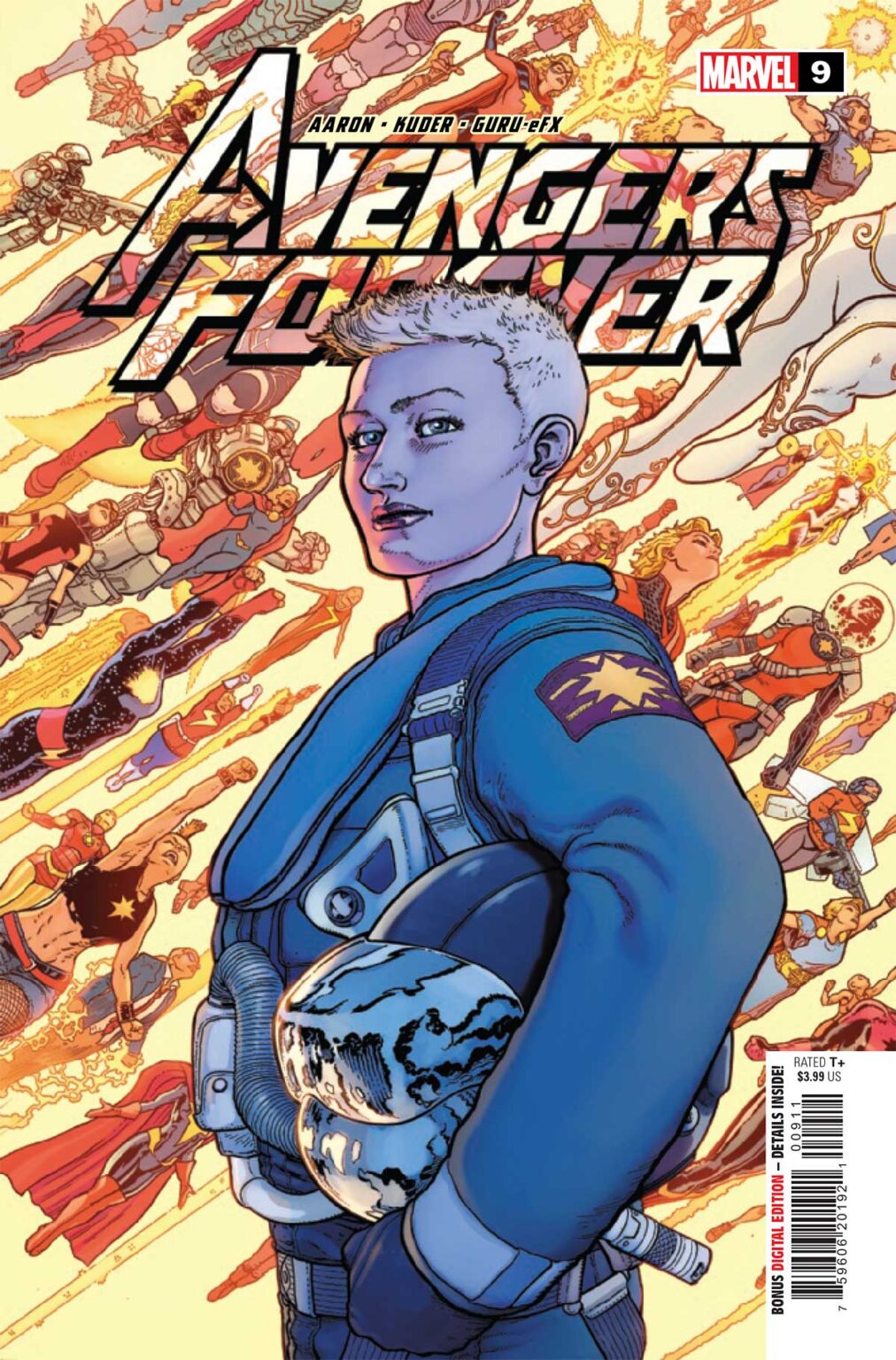 Take the jump for a sneak peek at Avengers Forever #9 from Marvel Comics. The issue arrives in stores on Wednesday.

AVENGERS FOREVER #9
JASON AARON (W) • AARON KUDER (A/C)
BEYOND AMAZING SPIDER-MAN VARIANT COVER BY AARON KUDER
MARVEL’S VOICES COMMUNITY
VARIANT COVER BY LEONARDO ROMERO
CALL IN THE CORPS!
Earths lay in ruin all across the Multiverse. Avengers are assembling from every corner of creation as never before, knowing that the war of all wars is looming. And when there’s war, you know it’s time to call in the Corps. The most hard-hitting special ops squadron of elite high fliers and photon-armed commandos ever called to service. The Carol Corps.
32 PGS./Rated T+ …$3.99
order using 75960620192100911