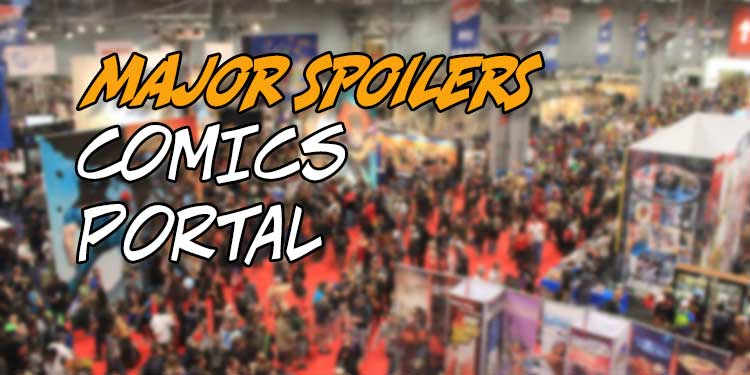 This past weekend, I was deluged with notifications of comic conventions in my area and beyond! Cons are back, baby!

I looked through the social media messages I received, and there were six comic conventions happening near me this past weekend! I won’t post them at this point since they have all concluded (and nobody can go to them any longer)!

It’s been at least two years since I’ve seen this many going on nearby! I’m hoping that’s a good sign for the last quarter of 2022 and for the whole year of 2023!

Granted, there are still some that are scaled back, moving from a two-day con to a single-day con, for instance. But a lot of my friends are really excited about getting back into the con flow of things!

We’re saving our shekels for the next time we get to go to a convention! I always get to explore new Indie comics, for instance. And I’m also checking out some new Batman collectibles. (I hope everyone enjoyed Batman Day on Saturday, too!)

MY FAVORITE IS COMING SOON!

I’ve never kept my favorite convention a secret. That is, of course, New York Comic Con. It’s coming in just a few weeks, and I actually got a press pass to go to it this year! I’ll be scouting out new comics as well as talking with potential new guests for my weekly podcast!

I haven’t been able to do that in a long, long time! Oh, joy!

Of course, the tough part about going to NYCC is arranging travel and a place to stay! I have bunked in with friends many times, so it helps to keep current with your connections!

This year, I’ll be helping out some folks who won’t mind an extra pair of hands to keep things moving at their booth!

The bad news is that I tried to help a friend get a booth in Artist Alley, which has always been a great place to sell Indie comics and other stuff. I apparently messed up the application, so he didn’t get to sell his wares there this year. I’m still grieving over that. I learned my lesson, so maybe next year I’ll help him more efficiently and get him a place in that esteemed hall of commercialism!

New York Comic Con is still my favorite because of the amazing variety of comics and comics-related items you can buy there! It’s hard not to come home with a stack o’ stuff that you’ll spend the long winter days poring over! Like that’s a bad thing, right?

I’m going to take a lot of winter clothes up there from Florida so I’m not too cool to function like I have been at times in the past. It’s been to be too warm than too cold, seems to me!

THERE IS STILL DANGER LURKING

However, fans like me need to do our best to stay safe at comic conventions.

I had gone 2-1/2 years without coming down with COVID-19. I have always been vaxxed to the max, as I like to call it, so I could be as safe as possible.

Well, recently one of my roommates went to a con here in the South (I won’t tattle on just which one), then came home after several days there.

About two days later, I started feeling poorly. I noticed he wasn’t all that well, either, and we ended up getting home tests for COVID.

It didn’t take long, but COVID hit all three of us who live here.

My doctor called in appropriate prescriptions, and I started taking the pills (including Paxlovid) for about 2-1/2 weeks. All of us had pretty much been flat on our backs all that time except for the roommate who brought COVID to us—he was up and around in about two weeks! Lucky guy!

I was happy that I had recorded several interviews in advance for my podcast. I was in no shape to talk intelligently with anyone during that downtime. I’m making up for lost time these days—I recorded four interviews last week to catch up! I released the first two of them this past weekend. It is nice to get back into the swing of things!

I’m still somewhat run down, but I’m trying to eat and sleep right, especially now that NYCC is looming in the near future!

My recommendation is to still play it safe as much as you can. Masks, vaccines, anything you can do to stave off or diminish COVID, which still exists as a danger to many of us! I’m over 65 years of age and have Type 2 Diabetes, so I have to be conscious of the risks when I go out in public! My doctor said that my four shots helped make my experience with COVID less destructive than it could have been. I was thrilled when I tested negative for that a few weeks back! I could leave the house again! Yay!

I’m trying to do as much as I can from home until NYCC. I want that con to be a fun experience again, so I’ll be trying to get back in “convention shape” as much as possible—walking, drinking water, all that good stuff!

What do you think? Did you make it through the pandemic without experiencing COVID? If you did experience it, what happened? Are you going back to cons now or sometime soon? Under what conditions do you feel safe doing that? Whatever your opinion, be sure to share your thoughts in the space below!