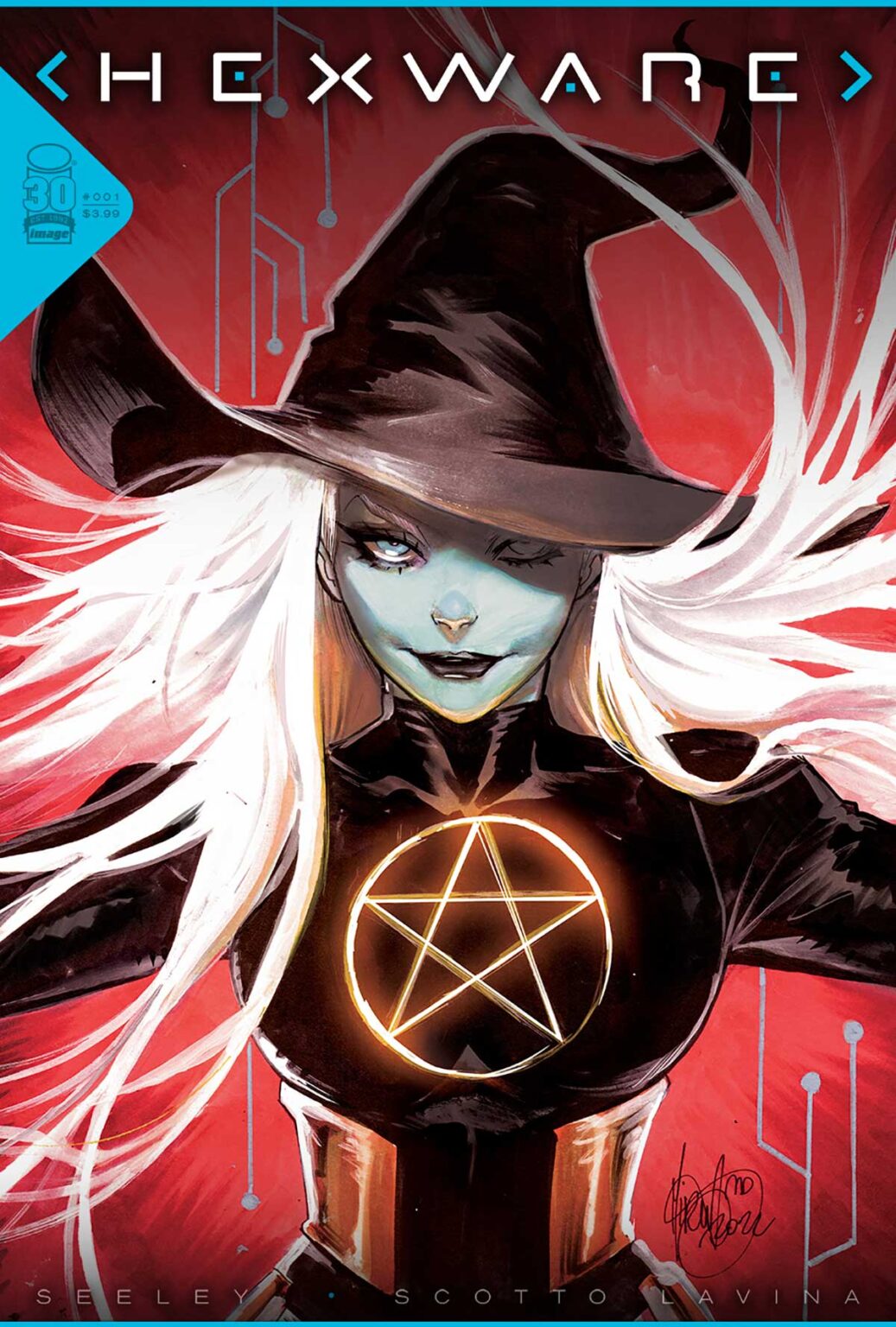 Hexwire, a new mini-series from Tim Seeley and Zulema Scotto Lavina, mixes cyberpunk with magic and mayhem from Image Comics.

In a corporate-ruled world where class inequality is greater than ever, a desperate, lonely populace is drawn to neo-spiritualism and hedge magic. When her teenage daughter is murdered, the Marks family is left asking the gods what they did to deserve this. But their android maid, Which-Where, has a different approach. Perhaps if she asked the Devil…

“This is an idea that’s been burning in my head for a while,” said Seeley in a press release. “Working with Arancia Studios and Zulema allowed it to jump onto the page, and take on all kinds of new influences like horror manga and sci-fi anime. Hexware is part cyberpunk, part fantasy, and all about love, loss, and dark deals. Pull up a spell book and get your cyber-pagan on.”

Lavina added, “A fascinating sci-fi world—soaked with just the right amount of witchcraft vibes—this is the journey of an android, through life and death. Working with Tim Seeley is a dream come true for me and I believe the readers will like where we are going with the story!”