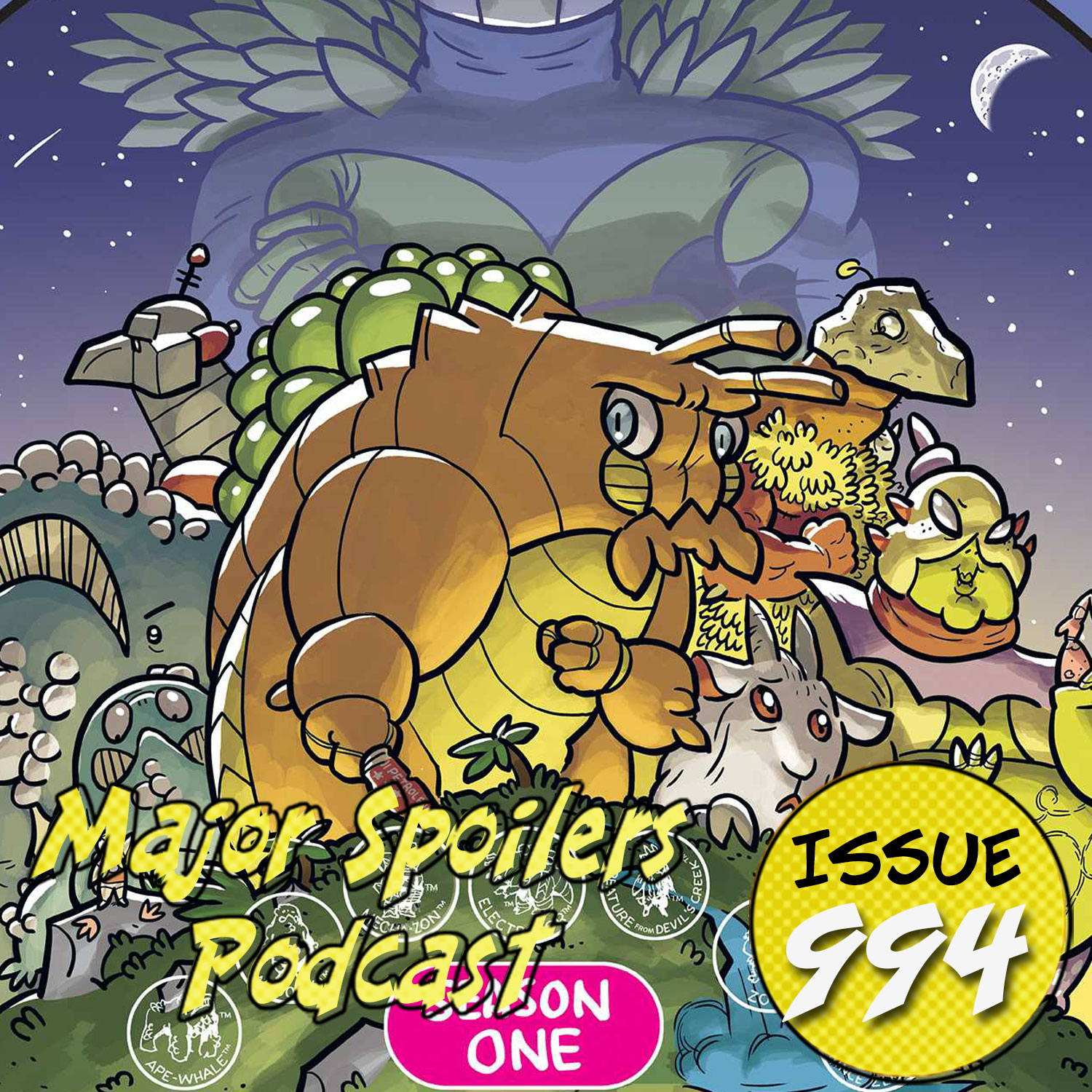 Kaiju meets OZ this week, on the Major Spoilers Podcast! We talk D23, and Scott Johnson joins us as well. We review Lovecraft: Unknown Kadath #1, Flashpoint Beyond #5, and The Casagrandes: Friends and Family, but more!

The king of adventure is back once again. ” Indiana Jones 5″ showed its first trailer on Saturday during the D23 Expo. Although it was not released online, Harrison Ford appeared onstage to speak about the footage, joined by director James Mangold and co-star Phoebe Waller-Bridge.

“I’m the last person standing between them and what they really want.” Marvel Studios’ Secret Invasion, an Original series, streaming 2023 on Disney+ . ► Watch Marvel on Disney+: https://bit.ly/2XyBSIW ► Subscribe to Marvel on YouTube: http://bit.ly/WeO3YJ Follow Marvel on Twitter: ‪https://twitter.com/marvel Like Marvel on Facebook: ‪https://www.facebook.com/marvel Watch Marvel on Twitch: https://www.twitch.tv/marvel Reward your Marvel fandom by joining Marvel Insider!

Riri Williams has touched down in the Marvel Cinematic Universe. The first look at ” Ironheart” was debuted out of Marvel’s presentation at the D23 convention Saturday. Unfortunately, the video was an exclusive for those in the room and won’t be released to the public – but Variety was on the scene to describe the teaser for the rest of you.

The cast of ” Thunderbolts,” one of Marvel’s next major teams, is taking shape. Marvel Studios President Kevin Feige announced an A-list crew of familiar cast members for the upcoming team-up film during Marvel’s D23 Expo panel on Saturday.

The official trailer for ” Echo,” the Disney+ series starring Alaqua Cox as the titular hero, has been unveiled. The trailer was introduced by Marvel Studios president Kevin Feige on Saturday at the D23 Expo. The “Echo” footage, which was exclusive to those in the room at D23, included subtitles, shots of Native people and tons of Echo (Cox) kicking ass.

The cast of ” Captain America: New World Order” has been revealed out of Marvel’s D23 Expo presentation on Saturday. Anthony Mackie, who has played superhero Sam Wilson, aka the Falcon, in the Marvel Cinematic Universe since “Captain America: The Winter Soldier,” is leading the film as the new Captain America for the first time.

STEPHEN
LOVECRAFT: UNKNOWN KADATH #1
Writers: Florentino Florez, H.P. Lovecraft
Artists: Guillermo Sanna, Jacques Salomon
Publisher: ABLAZE Publishing
Cover Price: $3.99
Release Date: September 14, 2022
Randolph Carter, a traveler to dreamland, tries not to wake up before reaching his goal, the elusive Kadath: the home of the gods, a place of fantasy and overﬂowing imagination. Carter walks through a world full of threats and abominable monsters, but also of palaces, exuberant cities, and geographies that remind man of his insigniﬁcant role on the gigantic cosmic chessboard. What are the reasons to keep going when everything around us is terrifying and lethal? Kadath may offer some answers to this question!

An adaptation of H.P. Lovecraft’s The Dream-Quest of Unknown Kadath unlike anything you’ve read before. As a bonus, also includes the original prose story!

You can purchase this issue via our Amazon affiliate link – https://amzn.to/3xeWgkA

The Clockwork Killer’s identity is finally revealed as the dust settles after the showdown at Arkham Asylum. But as we learn the truth behind how the Clockwork Killer came to be, Thomas is faced with a reality-altering choice!

You can purchase this issue via our Amazon affiliate link – https://amzn.to/3LdG7BZ

RODRIGO
THE CASAGRANDES: FRIENDS AND FAMILY #4
Writer: Loud House Creative Team
Artist: Loud House Creative Team
Publisher: Papercutz
Cover Price: $12.99
Release Date: September 21, 2022
Ronnie Anne and Bobby Santiago are newcomers in Great Lakes City, living with their multi-generational family in a multi-cultural apartment building. Between helping out their abuelos, posing for their Tia Frida’s latest art installment, or just getting some more family time with their cousins, it is never a dull moment. Join in all the laughs, love, food, and family with more all-new comic stories, featuring work from the creative team behind the animated series! Vámonos!

You can purchase this issue via our Amazon affiliate link – https://amzn.to/3deQ5Gy

SCOTT
SEVEN SONS
Writer: Robert Windom and Kelvin Mao
Artist: Jae Lee
Publisher: Image
Cover Price: $2.99
JAE LEE returns to creator-owned comics with his first new title since 1994, a seven-issue limited series. SEVEN SONS is The Fugitive meets the Book of Revelation. Delph, a young man who may be the Second Coming of Christ, runs for his life as he attempts to learn the truth behind his existence.

You can purchase this issue via our Amazon affiliate link – https://amzn.to/3BDL7fI

KAIJUMAX SEASON ONE
Writer/Artist: Zander Cannon
Publisher: Oni Press
Cover Price: $9.99
Release Date: March 2016
On a remote island in the South Pacific lies KAIJUMAX, a maximum security prison for giant monsters. Follow doting father Electrogor as he stands up to the cruel space-superhero warden! See corrupt guard Gupta manage his illicit uranium-dealing empire and pay off his gambling debts to the Queen of the Moon! Watch Mecha-Zon battle his own programming when the monster he was created to destroy shows up on the pound! These stories and more will assault you from every angle in the cesspool of corruption that is KAIJUMAX.