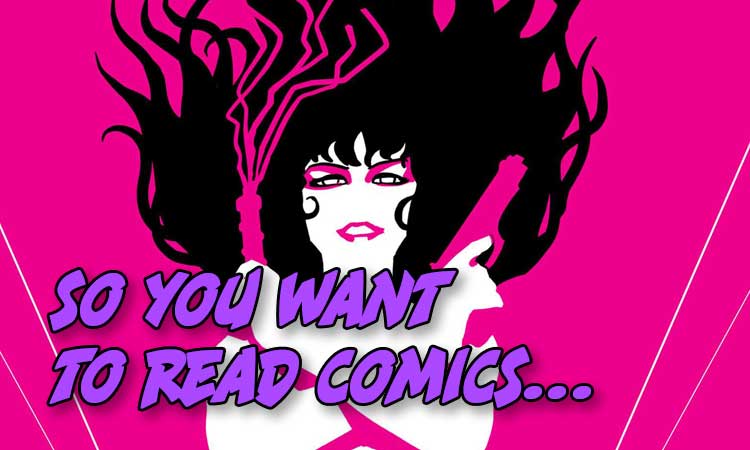 So You Want To Read Comics: Sex Edition

We’re getting spicy with this week’s “So You Want To Read Comics”.  This is our weekly feature where we take a look at a single topic or genre, then give you two comic book recommendations, perfect for new readers, based on that topic or genre.  This week we’re looking at sex (not like actually, just the topic).

It will probably not come as a surprise for many of you, but sex has been utilized in art and entertainment since the earliest days of both. In every age of humanity there is a distinct usage of sex in popular media.  From the often metaphoric usage during Renaissance to the early days of erotica during the Enlightenment Period, to the scandalous usages during the Victorian Era, to the taboo nature of it during the early 20th century.  It’s really during the 60s and The Sexual Revolution when the topic of sex began to take shape into what it is today. And now, with shows like Sex And The City, The L Word, Queer As Folk, not to mention the countless movies that have pushed the boundaries of sex as a normalized topics, it seems like these days there’s no shortage of media that utilizes sex to tell a story, not just arouse. With comics being no stranger to it.

Here are a couple of sex-oriented comics that are perfect for new readers.

Also, just to be clear, these are series designed for older audiences, so please utilize the rating systems both of these have.

Imagine you find out one day that every time you have sex, time freezes, then you happen to find someone else who has the same ability, what would you do?  Well if you’re the main characters from Sex Criminals, Jon and Suzie, you become thieves.  What starts as a fun crime story with a sex inspired twist, soon becomes a subtle, and not so subtle look at the absurdities of sex both on a personal level and on a societal levels.  Everything from the demonization of sex, to the effects it can have on a relationship, even people’s personal misconceptions of sex are examined through the events of this story.  While there is plenty of actual sex in these pages, it isn’t gratuitous or pornographic and everything is taken with a sense of humor. As of right now, Sex Criminals is not an on-going series, so it’s possible to read the entirety of the series.

Oh Joy Sex Toy is a webcomic that takes an educational and humorous approach to sex as well as an occasional review site for sex toys.  There are funny anecdotes, educational pages detailing issues that most wouldn’t think about, unless it was happening to them, and detailed descriptions of toys and other peripherals that can be brought into the bedroom.  The nice thing is that everything is shown in an approachable way.  The strips in this series aren’t designed to necessarily make things sexy, but instead show that sex can be the topic of discussion without it leading towards anything further.  It’s also very body positive and the art often features bodies that are more realistic and common. There are a few pages that can lean more towards the erotica side of things, but for the most part what you’re going to find are relatable jokes and enlightening pieces of information.  Being that this is a webcomic, you can read it for free on its website, but there are both physical and digital collections that can be purchased if that’s more your speed.

Did you check out either of these recommendations?  What did you think of them?  Let us know in the comment section below.