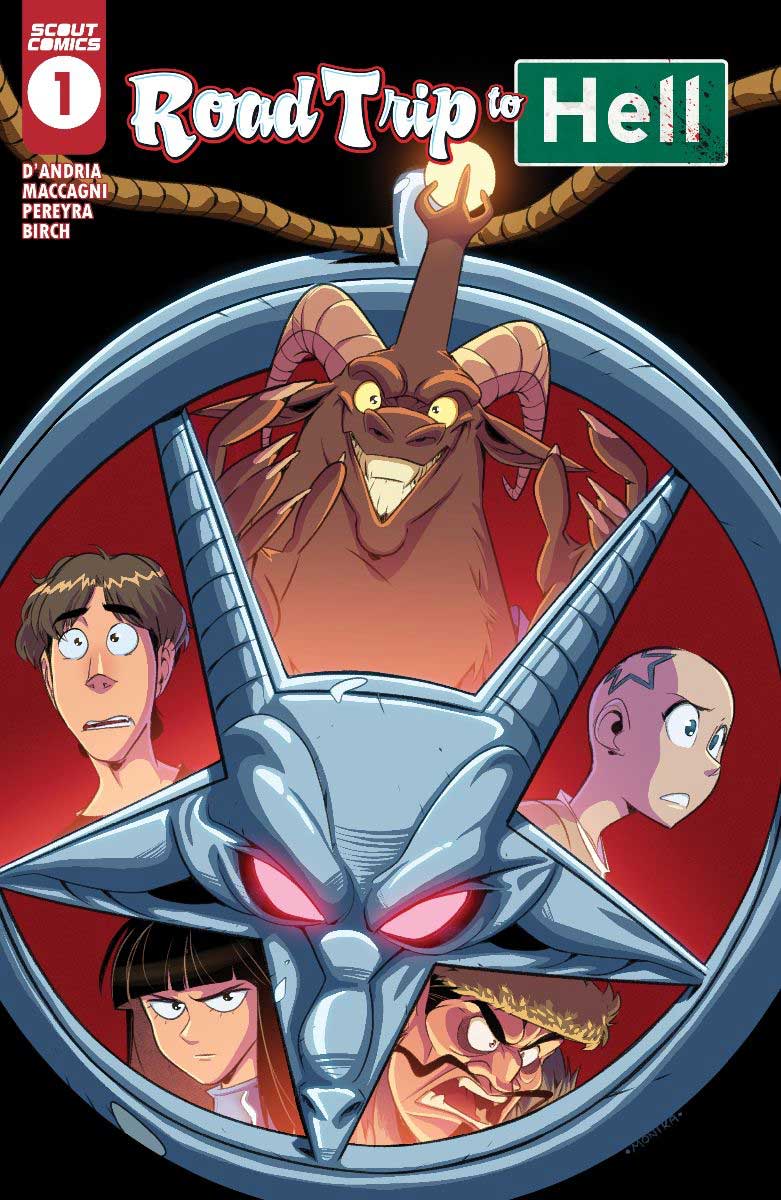 Scout Comics is on a Road Trip To Hell

Here is the solicitation information about the first issue:

A dark comedy filled with action, adventure, and the worst the world had to offer, Road Trip to Hell follows Francis Rhoades, a young man with the ability to see horrible things in a person’s future just by touching them. His life has been full of hardship, but things get even worse when the demon Baphomet informs him that his father is Satan and he’s been destroyed. Now, Francis has been designated the new king of Hell. The catch? All the damned have escaped, and if one of them can kill Francis before he can reach the netherworld himself, that soul will become the new leader of Hell! With the help of his sister Star and his literal guardian angel Joan of Arc, Francis needs to survive his trip to hell… hopefully without losing his own soul in the process!