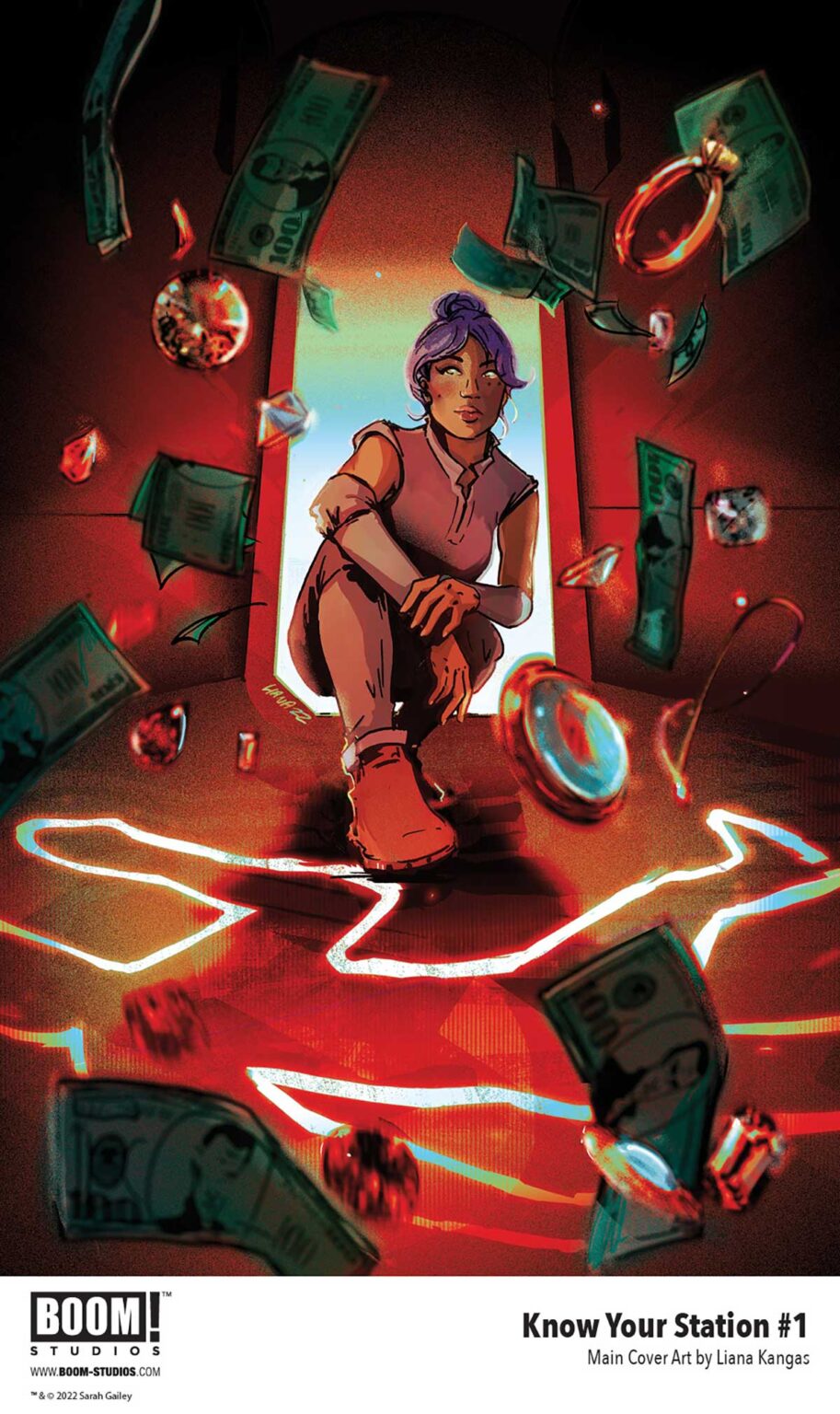 BOOM! Studios announced Know Your Station, a new five-issue mini-series from Sarah Gailey and Liana Kangas that takes a look at the ultra-wealthy and the consequences that occur when they try to escape every planet they’ve put in peril.

Death is the great leveler, even for the 1%… the wealthiest people in the solar system abandoned the Earth for a private sanctuary in space, leaving the rest of us to die amidst cataclysmic climate change. But the ultra-wealthy won’t be safe for long…

A murderer is on the loose, specifically targeting the super-rich! Soon, Elise, an employee of the Avulsion Corporation, is wrapped up in a deadly investigation, with each issue of this outrageously macabre series featuring a new, diabolically different kill!

“I could not be more excited to explore new frontiers of wealth and violence in KNOW YOUR STATION, a series in which space is no longer the one place that hasn’t been corrupted by capitalism,” said Gailey in a press release from BOOM! Studios. “Working with Liana Kangas to develop this series has been a source of incredible creative joy, and there couldn’t be a better home for this story than BOOM! I am just thrilled to get to work with Liana to shine a light on the gory inner workings of the 1%.”