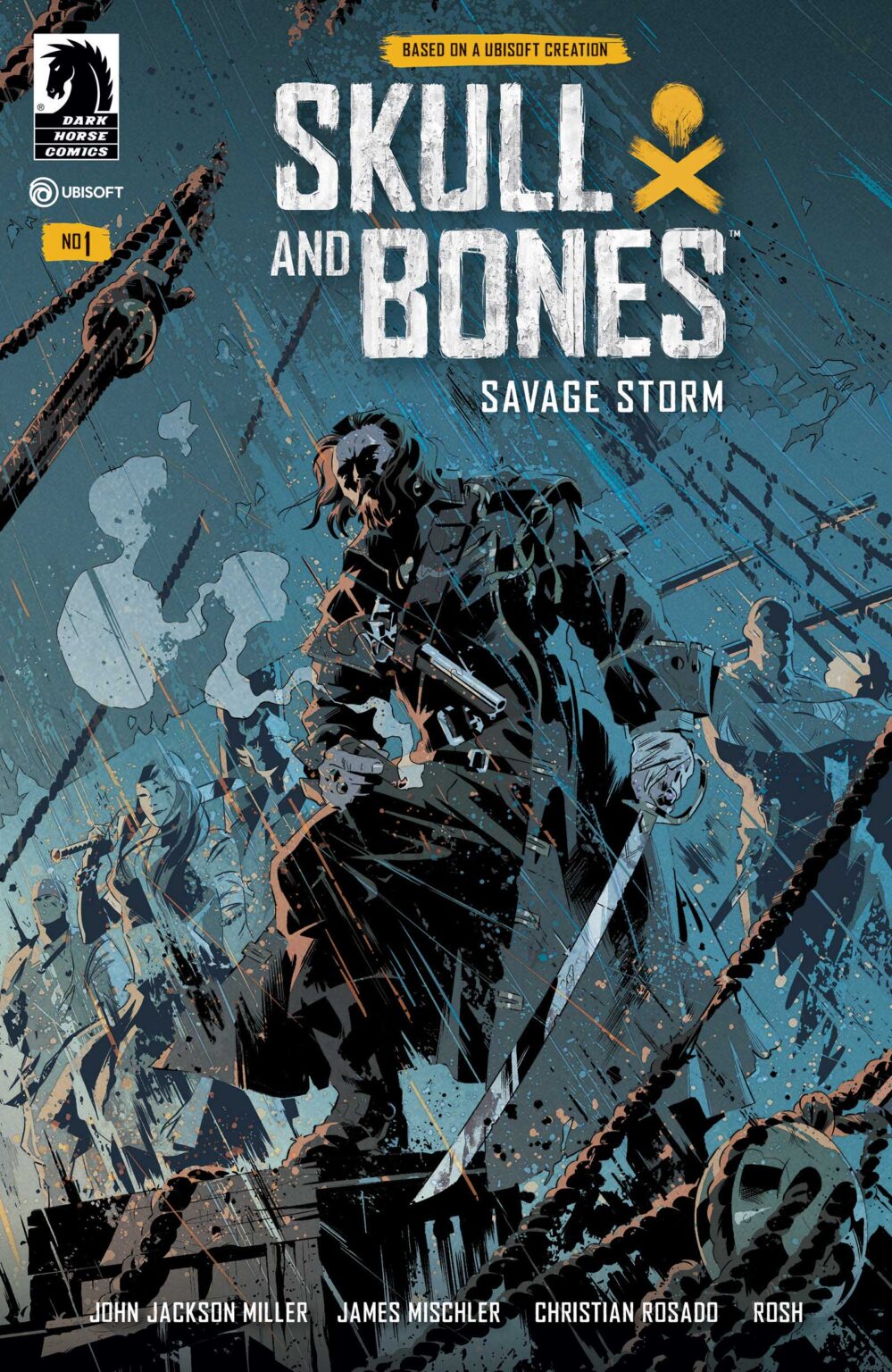 Dark Horse Comics has teamed with Ubisoft for Skull and Bones: Savage Storm #1, a new mini-series set in the world of the upcoming pirate game.

Skull and Bones: Savage Storm is written by John Jackson Miller and James Mishler with art by Christian Rosada and color by Roshan Kurichiyanil. A merchant vessel on the high seas is besieged by a vicious crew of pirates, but the fighting is interrupted by a devastating typhoon. When the storm crashes in, it leaves

predator and prey stranded on an island somewhere in the Indian Ocean. Discover the mysteries and danger that will betide them all. A gritty story set in the merciless world of Ubisoft’s upcoming pirate game.