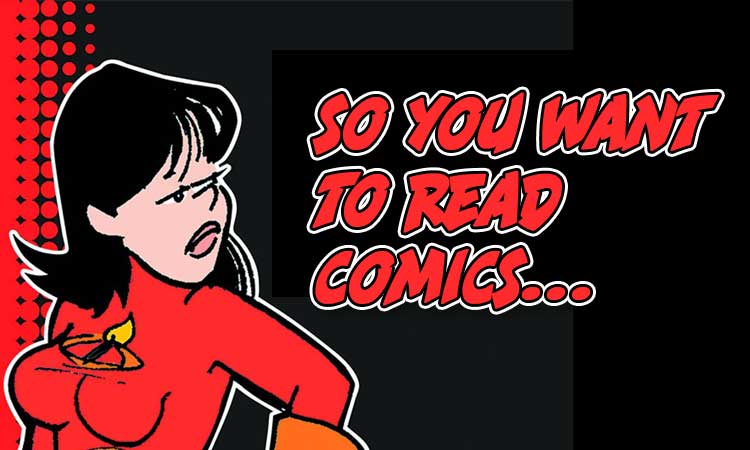 So You Want To Read Comics: Comedy Comics

We’re splitting sides with this week’s “So You Want To Read Comics”.  This is our weekly feature where we take a look at a single topic or genre, then give you two comic book recommendations, perfect for new readers, based on that topic or genre.  This week we’re taking a look at the comedic side of comic books.

While a bit younger (in the grand scheme of things) than its more serious sibling “tragedy”, comedy is still considered one of the primary forms of drama and entertainment as a whole.  Emerging from the Greek drama world, early comedies were not necessarily about making people laugh, but rather were simply about things considered non-life threatening.  As time has gone on though, the goals of comedies have transformed into a direct attempt at generating laughter in the audience.  Perhaps unlike most other genres, comedy tends to be some of the most personal and subjective, while also requiring to transform based on the medium it’s in.  A sitcom doesn’t feel the same as a comedic movie.  While a humorous book is going to have different style jokes than a daytime radio show (hopefully).  So, it takes a particular talent to utilize comic books to create laughter in such a way that utilizes their unique aspects.

Here is a couple that manages to do this very well.

Brad Guigar, has been a veteran of sequential art storytelling and joke making for decades and this dedication is definitely apparent in his creation Evil Inc.  Existing primarily as a webcomic, Evil Inc. tells the story of what would happen if super villainy and heroics were coupled with the world of corporate bureaucracy, office romance, and legalese with hilarious results.  A large cast of characters and lots of interwoven storylines mean there’s no shortage in the variety of humor to be found.  Jokes range from sight gags, to puns, to referential humor, with plenty of sarcasm and risque humor sprinkled throughout. Evil Inc. originally started out as a “joke a day” type comic similar to something you would see in a newspaper’s comics section, but has since transitioned into longer form storytelling that is more akin to traditional graphic novels.  While it is possible to still read the entirety of this comic for free online, it has also been collected into multiple volumes and collections for those who have a need for a physical copy.

The Unbeatable Squirrel Girl Beats Up The Marvel Universe

There are two things you need to know before checking out this graphic novel.  The first is that Doreen Green AKA Squirrel Girl has squirrel-based powers and was originally created as a humorous jab at the large number of animal-based heroes and villains in the Marvel stable of characters.  Her running joke is that she can beat the most dangerous foes imaginable.  The second is that for a while now, Marvel has had a love affair with series that pit one character against the entirety of the universe with often gruesome and violent ends.  In this series, we see the loveable.  In this graphic novel, we see a clone of Squirrel girl, meticulously and hilariously go after everyone from Captain America to Magneto. In addition to this, a running commentary at the bottom of the page continuously points out some of the sillier aspects of comics that are happening not just on page, but within the industry as a whole.  It’s a single volume, fun introduction to both comic reading and the Marvel Universe.

What are some of your favorite comedic comic books?  Did you check out these recommendations?  Let us know in the comments section below.