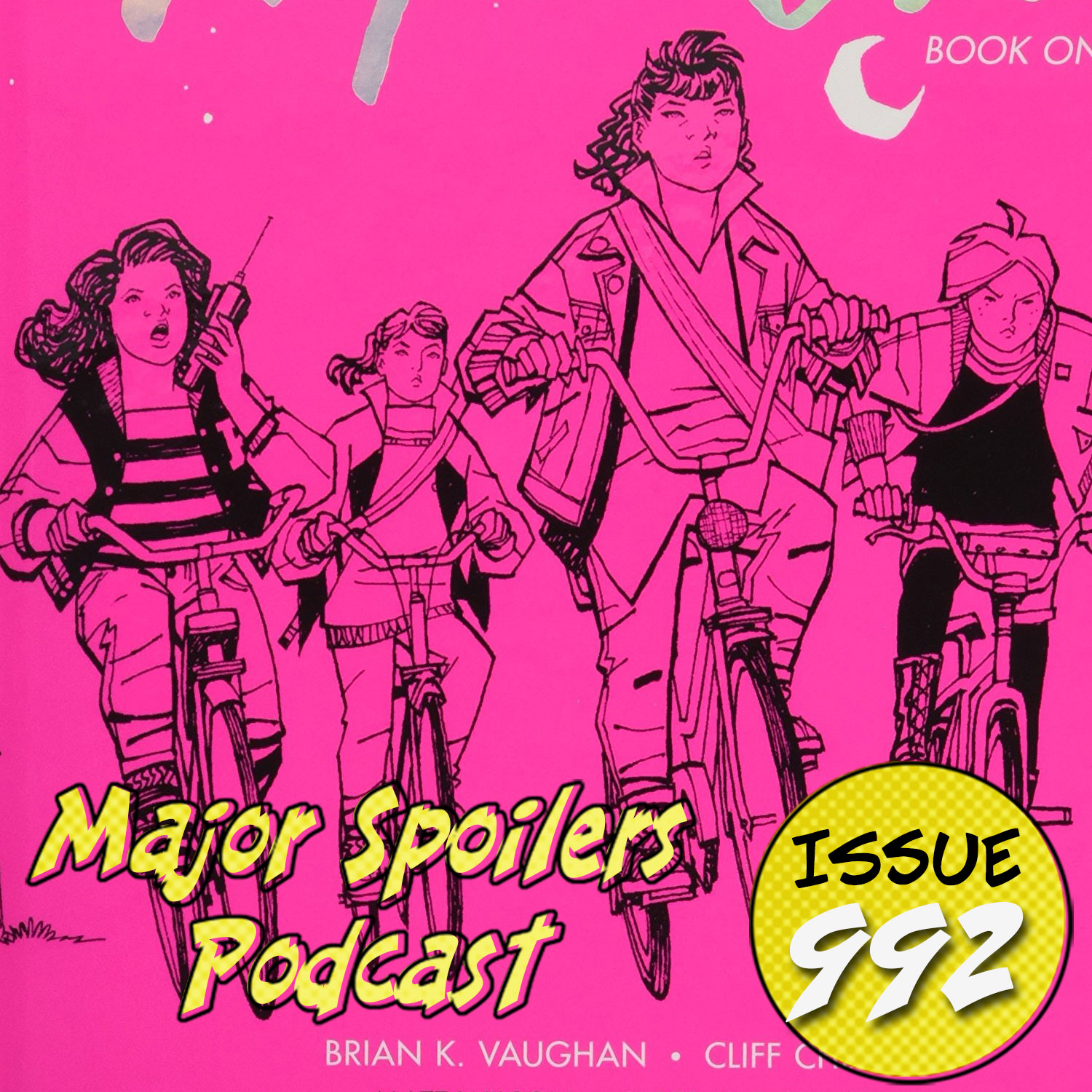 Time travel shenanigans and Rand Belavia of Ookla the Mok arrive just in time for us to review Paper Girls Volume 1. We discuss The Samaritan, Dead Kingdom #1, Justice League Vs. The Legion of Super-Heroes #5, and the Newburn trade paperback. Plus, DC movies move… AGAIN!

” Aquaman and the Lost Kingdom ” and “Shazam!: Fury of the Gods” will land in theaters later than planned. Warner Bros. announced a slew of release date changes on Wednesday, pushing the “Aquaman” follow-up from March 17, 2023 to Dec. 25, 2023. The “Shazam!”

‘Umbrella Academy’ Renewed for Fourth and Final Season at Netflix

” The Umbrella Academy” has been renewed for Season 4 at Netflix, which will also be the show’s last. “I’m so excited that the incredibly loyal fans of ‘The Umbrella Academy’ will be able to experience the fitting end to the Hargreeves siblings’ journey we began five years ago,” said series creator, executive producer, and showrunner Steve Blackman.

Rand Bellavia is a Pegasus and Logan Award winning member of the bands Ookla the Mok and Via Bella. He co-wrote the theme song for Disney’s Fillmore and his voice is the first thing you hear on Gym Class Heroes’ hit “Cupid’s Chokehold.”

The Way of Beauty, by Via Bella

Sketched Out, by Adam English

You can watch this movie here – https://amzn.to/3wB9aJm

MATTHEW
JUSTICE LEAGUE VS. THE LEGION OF SUPER-HEROES #5
Writer: Brian Michael Bendis
Artist: Scott Godliewski
Publisher: DC Comics
Cover Price: $3.99
Release Date: August 23, 2022
With the reveal of who is behind the great darkness that is tearing the galaxy apart, the Justice League and the Legion of Super-Heroes are at odds over how to handle the incomprehensible evil that has brought them together. This time-spanning epic stars all your favorite superheroes from two different time periods! Batman! Saturn Girl! Superman! Brainiac 5! Naomi!…and dozens more race into battle to save the galaxy from being pulled apart! But at what cost? Will everyone survive this?

You can purchase this issue via our Amazon affiliate link – https://amzn.to/3wHFkTE

RODRIGO
DEAD KINGDOM #1
Writer: Etienne Derepentigny
Artist: Etienne Derepentigny
Publisher: Red 5 Comics
Cover Price: $3.99
Release Date: Sep, 28
A mysterious plague is haunting the kingdom. With the help of a peacekeeper, a group of soldiers investigate a village that may hold the answers to what is happening. But the truth is far worse that everyone could ever imagine. Dead Kingdom is a five-part, multi layered saga that will explore a world where sorcery, brotherhood, and love collide with the rising nightmare of the living dead.

You can purchase this issue via our Amazon affiliate link – https://amzn.to/3AzUtaL