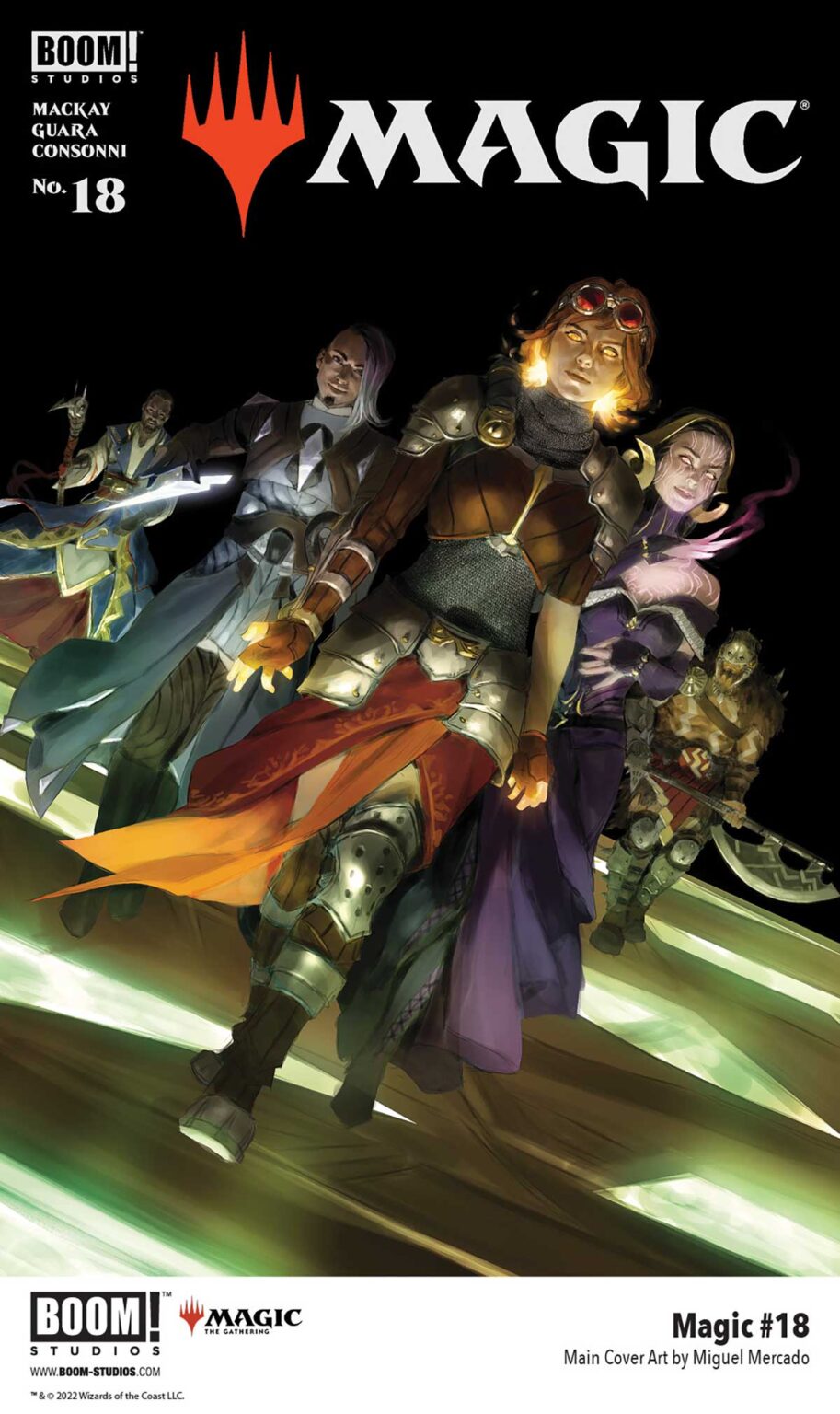 Planeswalkers are never late, nor are they early. Planeswalkers arrive precisely when they mean to… or something like that, as BOOM! Studios releases a sneak peek of Magic #18 which features a guest star.

Tezzeret knows he’s been betrayed… and he’s set his bloodhound, Tibalt, on the traitor’s trail. Now Garruk, Chandra, and Niko are all that stand between Davriel Cane and a gruesome death at Tibalt’s hands. Cane’s agreed to play bait, but insists on a Cabaretti-class production behind him, complete with a guest star Planeswalker who might just give our heroes what they need to find their way back to Ravnica and save Vraska, Kaya, and Ral!