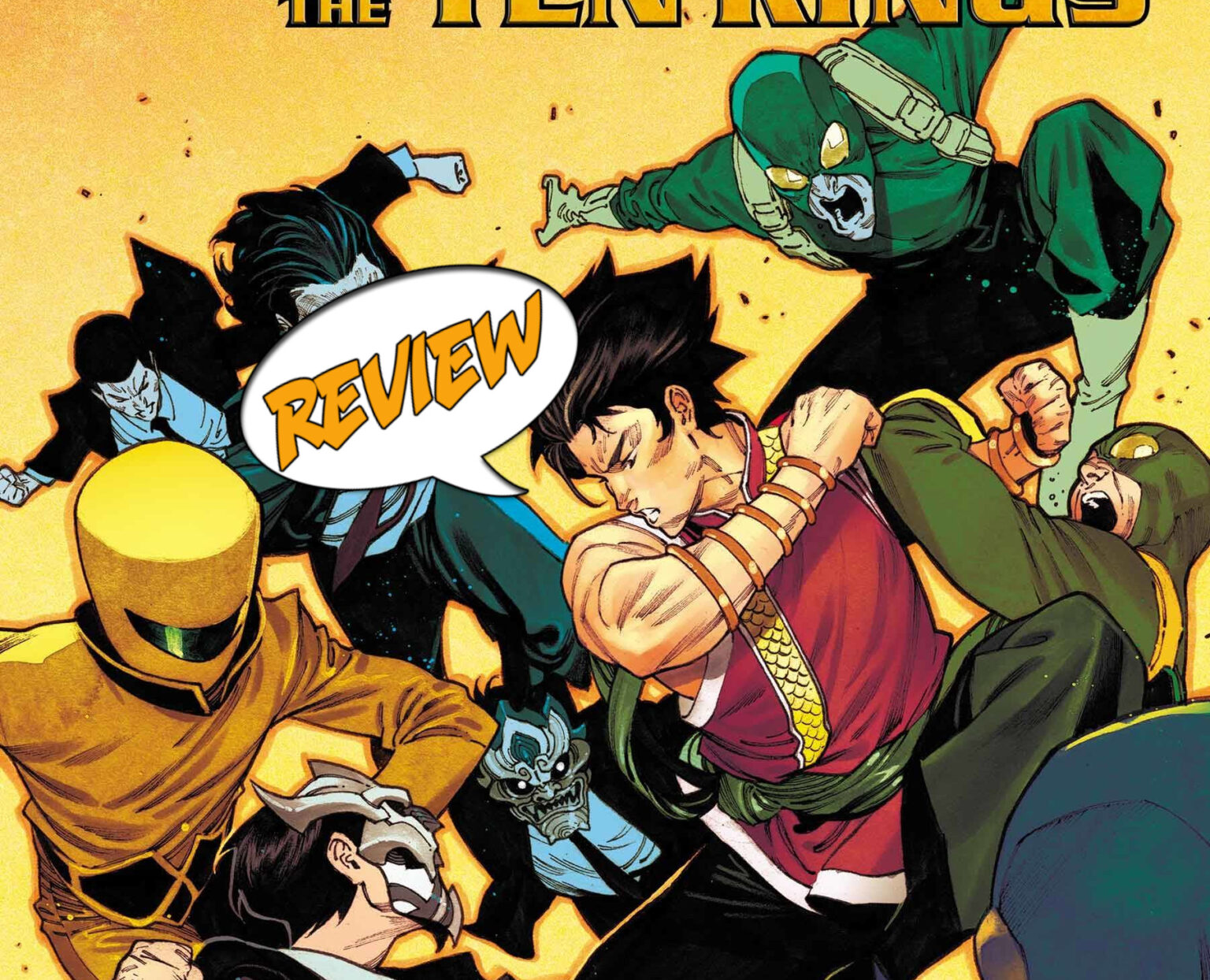 Shang-Chi and the Ten Rings #2 Review

Shang-Chi realizes that the Ten Rings may not only be a weapon but an item that corrupts the user. Find out if Shang-Chi can keep the rings safe in Shang-Chi and the Ten Rings #2 by Marvel Comics!

SHANG-CHI AND THE TEN RINGS #2

Previously in Shang-Chi: Shang-Chi is now the leader of the Five Weapon Society. With his new role, he has also acquired the Ten Rings. When he uses the rings, he senses anger and power. Due to the risk of becoming his father, Shang-Chi has placed the weapons in a vault. However, it has made him a target of many criminal organizations, and the Ten Rings were nearly stolen!

Shang-Chi and the Ten Rings #2 starts with Shang-Chi storing the rings within a secret cave. When back in New York, Shang-Chi is approached by Leiko Wu, an old love interest and member of MI-6. She informs them that Clive Reston, Leiko’s ex-husband, has been kidnapped by Carlton Velcro. Shang-Chi and Leiko head into the grotto but fall into a trap by Carlton Velcro. They then work together to overcome a handful of panthers and henchmen. Meanwhile, the Hand has broken into the Five Weapon Society base to get information on the Ten Rings. However, they aren’t skilled or as stealthy as the Hand should be.

Shang-Chi and Leiko approach Carlton and Clive when Shang-Chi realizes something is off. Instead of fighting Carlton, he releases Clive from his restraints. He realizes this is an MI-6 scam, and they use mind control to have Carlton distract Shang-Chi. In fact, the people after the Ten Rings were British intelligence members disguised as the Hand. And they were successful in retrieving the rings!

Shang-Chi and the Ten Rings #2 presents an interesting conundrum about Shang-Chi’s weakness toward an old love interest. MI-6 weaponized flirting and attraction. This story arc is about temptation, rage, and power. Then the creative team introduced a character that is meant to manipulate Shang-Chi, which Shang-Chi falls for despite being in what seems to be a healthy relationship. It feels like an odd direction to take the character, and I am unsure if I agree with it.

I like the idea that MI-6 is an antagonist for this story arc. I think this will have some excellent callbacks to the older comics and provide significant character development for the main character. There is a ton of potential for engaging stories that may paint Shang-Chi as a bad guy.

Lastly, I was a little underwhelmed by the art in this issue. I don’t think the action scenes engaged in this issue, and the art was a standard affair. The art is not bad, but there wasn’t any image that fully caught my attention.

I enjoyed the first issue of this series, but Shang-Chi and the Ten Rings #2 made some odd decisions. However, I am still on board and happy about the new direction they are taking the character. This comic is a 3.5 out of 5 stars.

Shang-Chi and the Ten Rings #2

Shang-Chi and the Ten Rings #2 presents new ideas that could make or break the story arc.