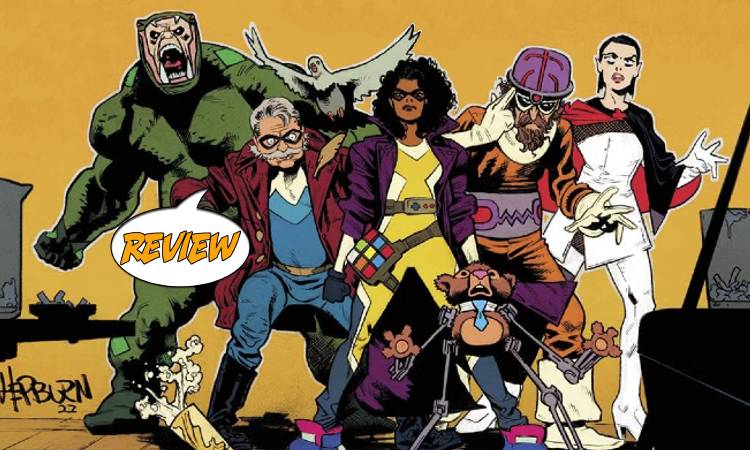 Even bad guys have a code, and woe be to those who break it. Your Major Spoilers review of Minor Threats #1 from Dark Horse Comics awaits!

Previously in Minor Threats: The psychotic Stickman has murdered Kid Dusk, sidekick to Twilight City’s premier crime-fighter, the Insomniac. The Insomniac’s teammates are tearing Twilight apart, turning it into a police state-desperate to capture Stickman and stop the Insomniac from “crossing that final line” in which he may never come back from.

LIVE BY THE CODE

There was a time when Frankie Follis was a supervillain using her power to construct and animate living “toys” alongside her mother, the miscreant known as The Toy Queen. Now, her life as Playtime is behind her, and her life consists of tending bar at a skeevy establishment on the wrong side of town, but all that changes when the Snake Stalker bursts in carrying his injured partner and demanding that they save his life. The horrific beating came at the hands of The Insomniac, a vigilante hero known for pulling his punches, using his skills to incapacitate without fatally injuring, and for playing by the unofficial code of the costumed folk. But that was all before his sidekick was murdered by The Stickman, one of his most dangerous foes. Worse still, The Continuum, Insomniac’s super-team, is locking down the streets and searching intently. But Frankie is the only one who realizes the WHY of it all: They’re not afraid of The Stickman… They’re afraid of The Insomniac.

It’s always difficult to launch a new comic series, but this one features a really well-crafted story, set in a fully realized world that is introduced in a manner that feels effortless. The use of Frankie/Playtime’s point-of-view as a not-so-retired super leads us through everything we need to know without ever feeling exposition-heavy, while Hepburn’s art makes every character unique. The designs are at once familiar and a little unnerving (The Seeker, a Superman archetype, is flat-out terrifying), and the final page, revealing Playtime’s return to costumed life serves not only as a stunning visual but as the capstone of the story. Throughout the issue, the narration has the former Playtime trying to answer the question of why she ever played the role of villain, with her finally admitting that it’s because she was damn good at it.

in short, it’s a first issue that works on all levels as Minor Threats #1 creates a world, sets the stage, establishes the stakes, and draws the reader completely in, earning a dead solid 5 out of 5 stars overall. Some may think that the celebrity co-writer gives this book an advantage over other debut issues, but the quality of the material makes that a moot point. This is an excellent first issue.

This issue effortlessly introduces a whole new world, combining the use of familiar archetypes and weird new concepts into a coherent, entertaining whole.