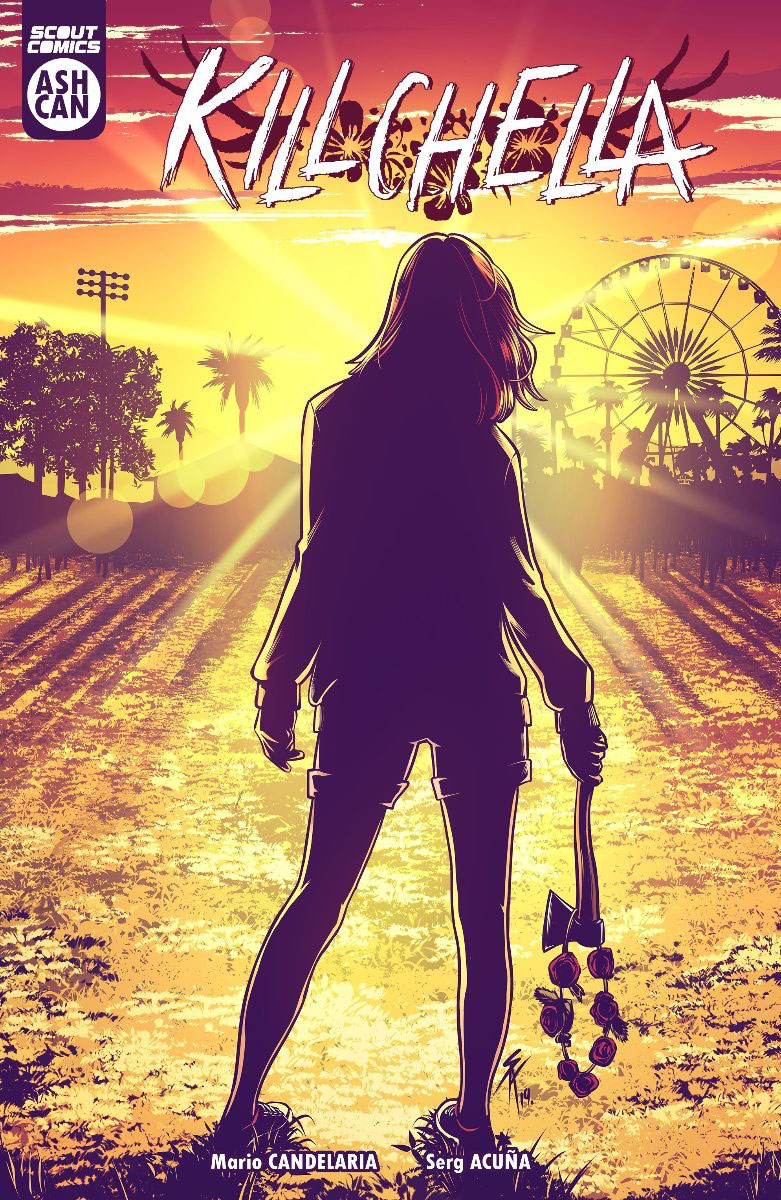 Here is how Scout Comics describes the series:

A group of friends drive from Los Angeles to attend an ultra-trendy music festival in the Coachella Valley desert. They soon face a bloody night of terror when a reclusive pop star making her big return after years in hiding recruits her most fanatical devotees to assist in a massive human sacrifice ritual.

In a press release from Scout Comics, writer Mario Canelaria said, “The idea of Killchella was born in the desert, just outside of Los Angeles. There’s something primal out in that terrain that washed over me at a time when creatively I was at my lowest point. I thought on the people who come out there for spiritual healing, and the people who left big city life behind to live in the shadow of Mount San Jacinto. There’s a lot of positivity to be found out there, but what if all those good vibes flipped the wrong switch in someone? What if someone like an influential celebrity got the message wrong, and then used their following of rabid fans to spread a twisted message of love and warmth onto an unsuspecting crowd?”

Killchella is scheduled to arrive in October 2022.