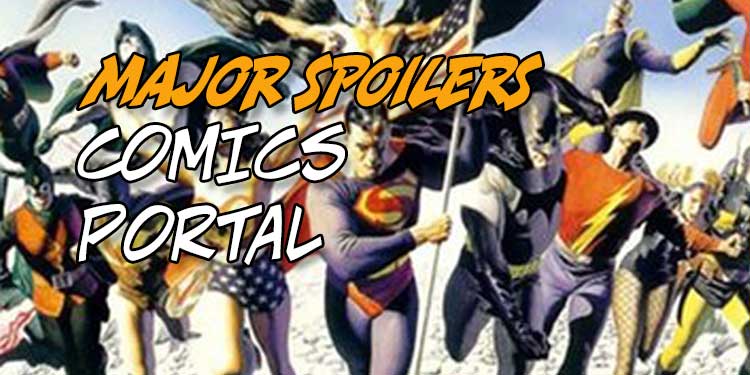 COMICS PORTAL: Return of the JSA!

The Justice Society is coming back to the DC line-up, something I’ve been hoping for! The Black Adam movie is helping the JSA!

A recent news release from DC Comics stated that Geoff Johns, a favorite writer of mine and one of the creative forces behind The CW’s Stargirl TV show, is coming back to write three comics spinning out of the Flashpoint Beyond event.

Two group books will be included, and they will be Stargirl: The Lost Children and Justice Society of America, a return to the team’s original name (instead of JSA).

“I’m happy to be writing these two titles, each one of them focused on celebrating and expanding the history (and far future) of heroism in the DC Universe, exploring unseen heroes, villains and adventures alongside the ones we all know and love,” said Geoff Johns. “Our goal is to delve into the neglected corners of DC with this new group of titles, from the JSA to the Legion, and all those who operate between. It’s the story of where superheroes came from, where they’re going and why they’re always needed.”

These titles will be preceded by a one-shot called The New Golden Age from Johns, arriving on November 8. Apparently the book will deal with DC history from the 1940s through the 3040s.

The release does have a cryptic final paragraph:

DC’s future…and its past…will never be the same again. But how are Mime and Marionette connected to this? Why are Rip Hunter and the Time Masters the most unlikable heroes in the DC Universe? And who or what is…Nostalgia? Don’t miss the start of the strangest mystery to have ever plagued the DC Universe.

WHO IS THE JUSTICE SOCIETY? For more recent comics readers who may not know just who the Justice Society is, let me explain a little bit of their history.

When comic books arrived in the 1940s, the company making what would later become DC Comics did what all good comics creators do—they teamed up their heroes! As I’ve said in previous columns, this make great business sense since reader see something new in that they see characters who have not previously interacted get together, often “for the first time”. It boosted the lesser-selling guys and gals at the same time!

One of the big teams was indeed the Justice Society of America. Yes, it included Batman, Superman, and Wonder Woman (who became the team’s secretary—hey, it was the 1940s, okay?).

The group also included Doctor Fate, Hourman, the Spectre, the Sandman (not the current Neil Gaiman version, though), the Atom, Flash, Green Lantern, Hawkman, Johnny Thunder and the Thunderbolt, Dr. Mid-Nite, and a few others.

I won’t go into the long history of it all, but it’s important to know that when the Justice League of America formed in the 1960s, they had yearly team-ups with the Justice Society of America (who were on the Earth of another dimension, Earth-2 at the time). Personally, I loved those adventures!

Now that they are interacting with heroes that apparently never age and most comics have heroes who are in their teens or early twenties, that’s a big concern!

The JSA has had several incarnations in recent years, often taking place when the Justice League was particularly popular and DC wanted other heroes to share the limelight. The aforementioned Mr. Johns did a very well-received JSA comic for several years. To see him coming back to the characters is a perfect choice, in my opinion.

THE CHALLENGES FACING THE JSA I have previously waxed eloquent on the problems that time-locked heroes and groups face. The JSA is one of those teams.

The JSA often took on Nazis and followers of Hitler although he had a “spear of destiny” that prevented the team from taking him on in person. This made the group inhabitants of the 1940s, and when that era and the threat of Hitler passed, the JSA faded in popularity although the “big three” of Batman, Superman, and Wonder Woman continued to sell comics.

The biggest problem comes with the heroes’ ages. If they were adults in the 1940s, they’d be seriously older now in the 2020s—likely 100 years old or older. In fact, some DC comics have shown Johnny Thunder living in a nursing home.

One solution to this has been to introduce younger heroes to take over from the older characters. The Stargirl TV show has a much younger JSA filled with heroes who have taken up the mantles of their predecessors.

That’s a dangerous thing to do particularly when fans still enjoy those long-lived heroes. If the people who love those initial heroes don’t “buy” the later or newer versions, the book could be in trouble.

Of course, you could have the JSA be hit by a magic spell that returns them to their younger ages. The problem with this is that they are no longer the wise, older people younger heroes can go to for advice. They are in direct competition with the newer heroes instead.

How Johns is going to deal with this is something I’ll have to buy the book to discover. I hope he’s got a good solution in mind.

I’M LOOKING FORWARD TO IT! Mr. Johns previously sorted out Hawkman’s tangled history and he’s been making a Stargirl show that has been a great watch, so if anyone can make it work, he’s the guy!

This news about the JSA’s return is an early Christmas present for a fan like me! Then, too, artists like Jerry Ordway (who I think deserves more work) will be involved, so that’s another good reason for me to plunk my hard-earned shekels down for these DC titles.

Could this all fall flat on its face? Sure, but I think it’s definitely worth my support! I’ve often said in this column that there are a great many heroes who deserve another chance, so I’m fully on board with the Justice Society of America and the related comics!

I hope you’ll give them a chance as well!

What do you think? Do groups like the JSA deserve a chance to succeed again? What heroes would you like to see be on the team? Would team-ups with the Justice League be something of interest? Whatever your opinion, be sure to share your opinion and thoughts in the space below!