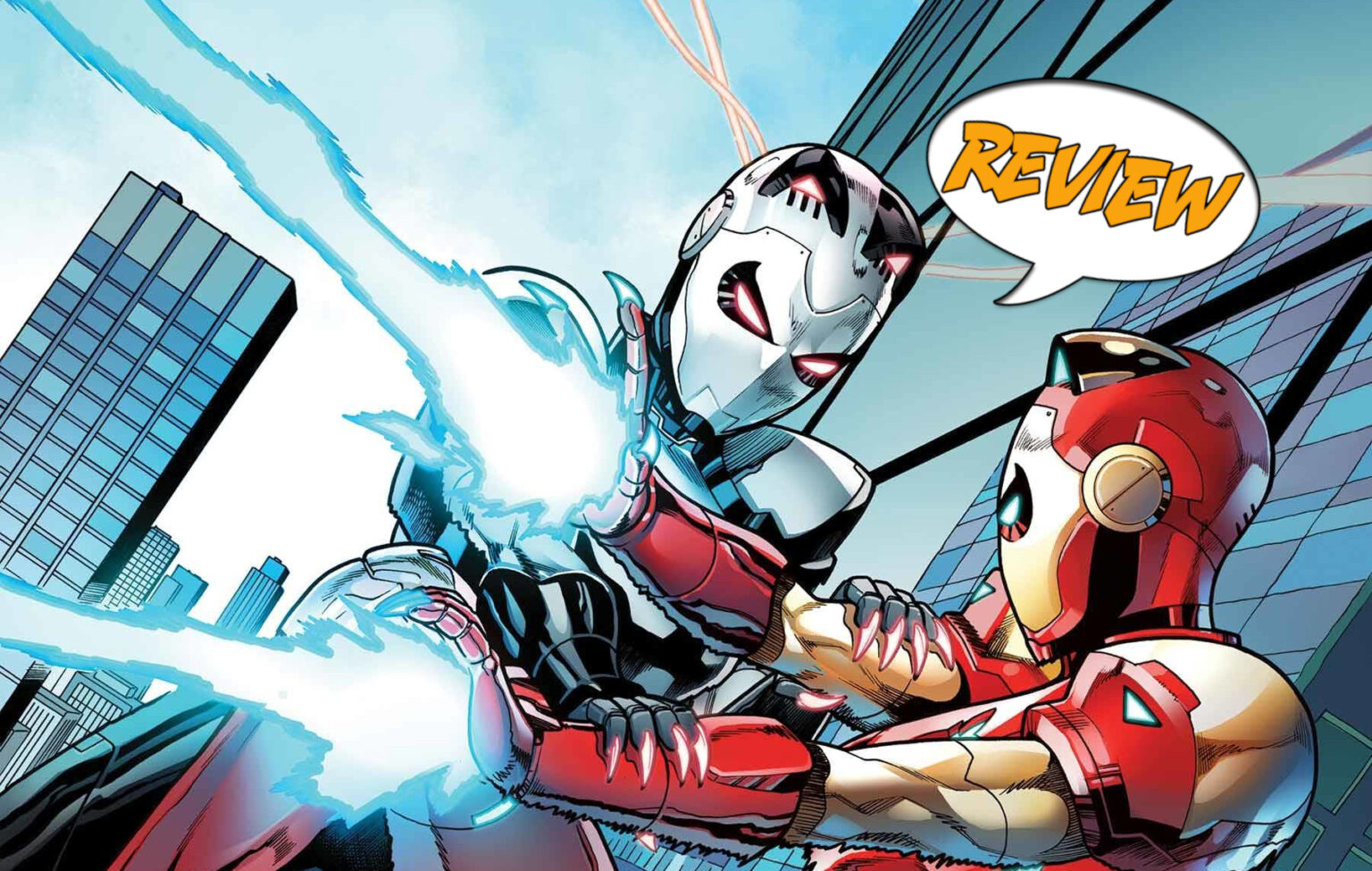 The Iron Cat is back with Felicia Hardy’s ex as the pilot! Can Iron Man and the Black Cat trap the Iron Cat and the A.I. Madame Menace? Find out in Iron Cat #3 by Marvel Comics!

Previously in Iron Cat: Tony Stark made an improved Iron Cat suit after Felicia Hardy broke into Stark Industries and made one herself. However, this suit has been taken by Felicia’s ex, Tamara Blake. Additionally, Blake is working with Madame Menace to help her plot revenge against the Black Cat due to the death of Black Fox. Iron Man and Black Cat now lay a trap to lure Tamara out of hiding.

Iron Cat #3 begins with Tamara attacking Felicia at a yacht party. However, all the passengers on the boat are robots designed by Tony Stark to take down armored entities. Madame Menace hacks into the robots and has them target Iron Man. But Felicia Hardy has a trump card. She has sent her criminal team to break into Stark Industries and make a second orange and red Iron Catsuit. Tamara and Felicia fight each other, with Tamara seemingly getting the upper hand. Iron Man, though, defeating the robots, threatens to kill Tamara if she doesn’t surrender. Tamara then unleashes a desperate move and frees Madame Menace from any obedience programming it has. Madame Menace then orders every Stark-built and Stark-programmed reactor to melt down!

This was a short and sweet issue that really pushes you into the next narrative act. But Iron Cat #3 portrays a complicated idea. Tony Stark is a futurist, always looking forward to how he can better the world. Felicia is trained to live in the moment and enjoy life as much as possible. And I find the relationship between the characters quite profound. Even though Felicia is enjoying herself, she still has the secret plan to create a new Iron Catsuit to give her an advantage. Something that even Tony Stark didn’t consider. As the story progresses, I am interested to see how this philosophical relationship pairs with Tamara’s need for revenge on the Black Fox.

The action scenes in this comic were highly dynamic and visually stunning. While I got some random deep meaning, people looking for incredible action and astonishing visuals will enjoy this comic. The standout page was watching Tamara’s Iron Cat surrounded by these human-looking robots. You can sense the surprise despite Tamara wearing a full helmet. Great work from the creative team.

Iron Cat #3 is an enjoyable issue that provides complex ideas with levity. I am impressed with the direction Marvel has taken the Black Cat character, and I hope to see more stories featuring her as the primary protagonist. Iron Cat #3 is a solid 4.5 out of 5 stars.

Iron Cat #3 has excellent complex ideas intermingled with a fair amount of fun.