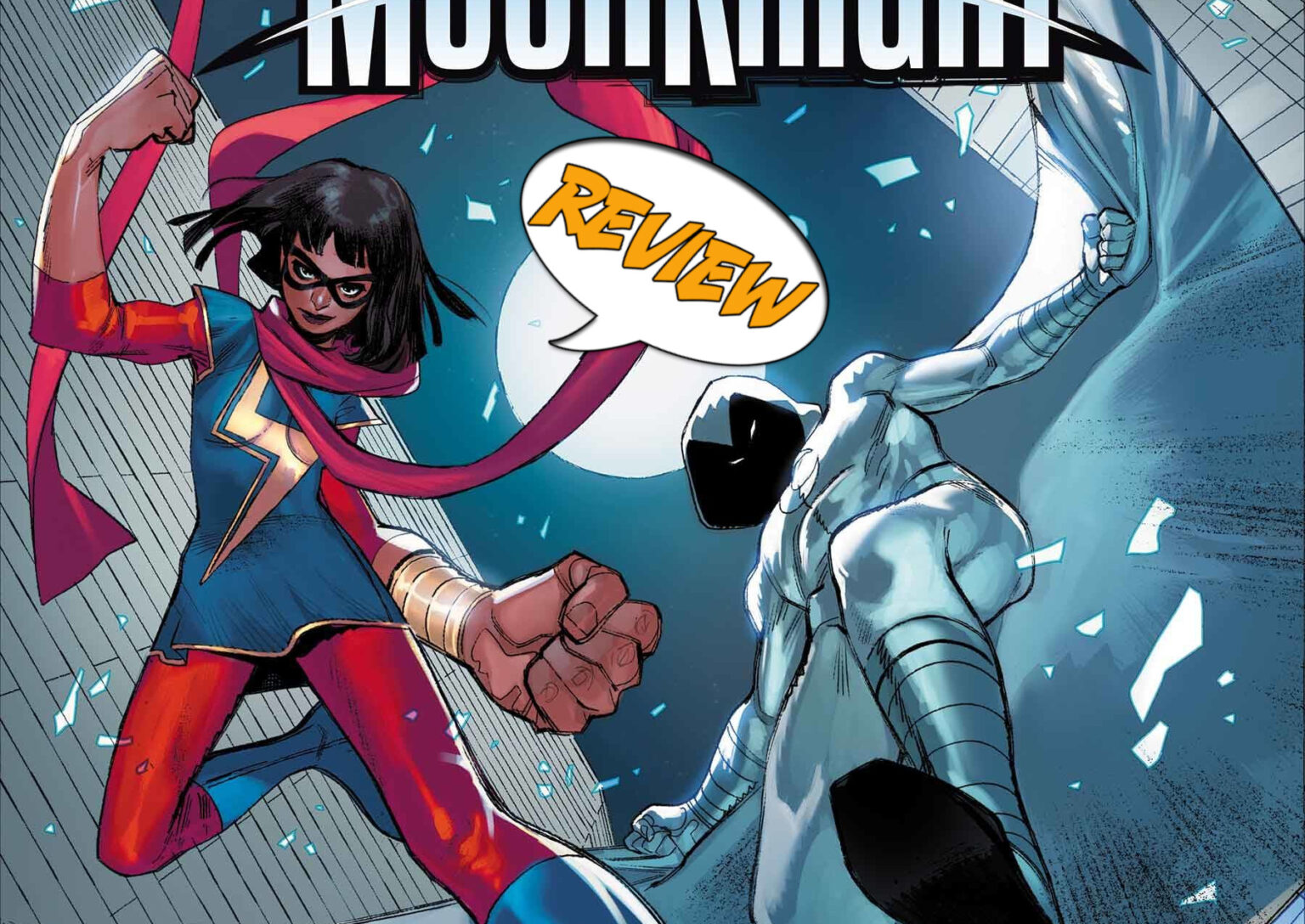 Ms. Marvel is tracking a swarm of robots after an attack on the X-Men treehouse. The trail leads her to the territory of Moon Knight! Find out what happens in Ms. Marvel & Moon Knight #1 by Marvel Comics!

Previously in Ms. Marvel: Kamala Kahn is an inhuman with the ability to stretch and morph her body. When visiting the X-Men treehouse, she teamed up with Wolverine and the X-Men to defeat a swarm of mechanical locusts. However, Ms. Marvel realizes there is more to this attack than someone antagonizing the mutants of Krakoa!

Ms. Marvel and Moon Knight #1 starts with Ms. Marvel using social media for hints about the robot swarms of tiny robots. Her investigations lead her to talk to Moon Knight, who wants to protect his people. Moon Knight is after a drug dealer when Kamala realizes that there is something odd with a nearby building. As they search the building, they fall into the trap of mechanical rats. They defeat the swarm by breaking a water main and causing them to short circuit, but not before Moon Knight is injured and bleeding.

Moon Knight realizes that Hunter’s Moon is also in trouble. After rescuing the people in the building, they head out quickly. They defeat the rats after Hunter’s Moon (by summoning a bit of Khonshu’s power), and Kamala takes a rat to study. Elsewhere, a scientist now has Moon Knight and Wolverine blood samples!

I didn’t think much of it when Kamala Kahn teamed up with Wolverine. She has a lot of chemistry with Wolverine and the mutants they featured. However, she had little to no page chemistry with Moon Knight. And I get that this was intentional, but it made Ms. Marvel and Moon Knight #1 feel slightly cold. Having a cheery protagonist that doesn’t have another character to match her energy doesn’t make a good long-term story.

However, the mystery of the overall Ms. Marvel plotline is engaging. We have an enemy taking blood samples and potentially making a new enemy. This makes the next issue, Ms. Marvel & Venom, fascinating. Because adding a symbiote to the equation will undoubtedly create a horrific monster.

I don’t think this issue was as thrilling as Ms. Marvel and Wolverine #1. Kamala is a great character to observe, but her youthful teenage energy did not match Moon Knight’s persona. With a solid art style, Ms. Marvel and Moon Knight #1 is a 3.5 out of 5.

Ms. Marvel & Moon Knight #1 lacked the page chemistry to make this issue from good to outstanding.