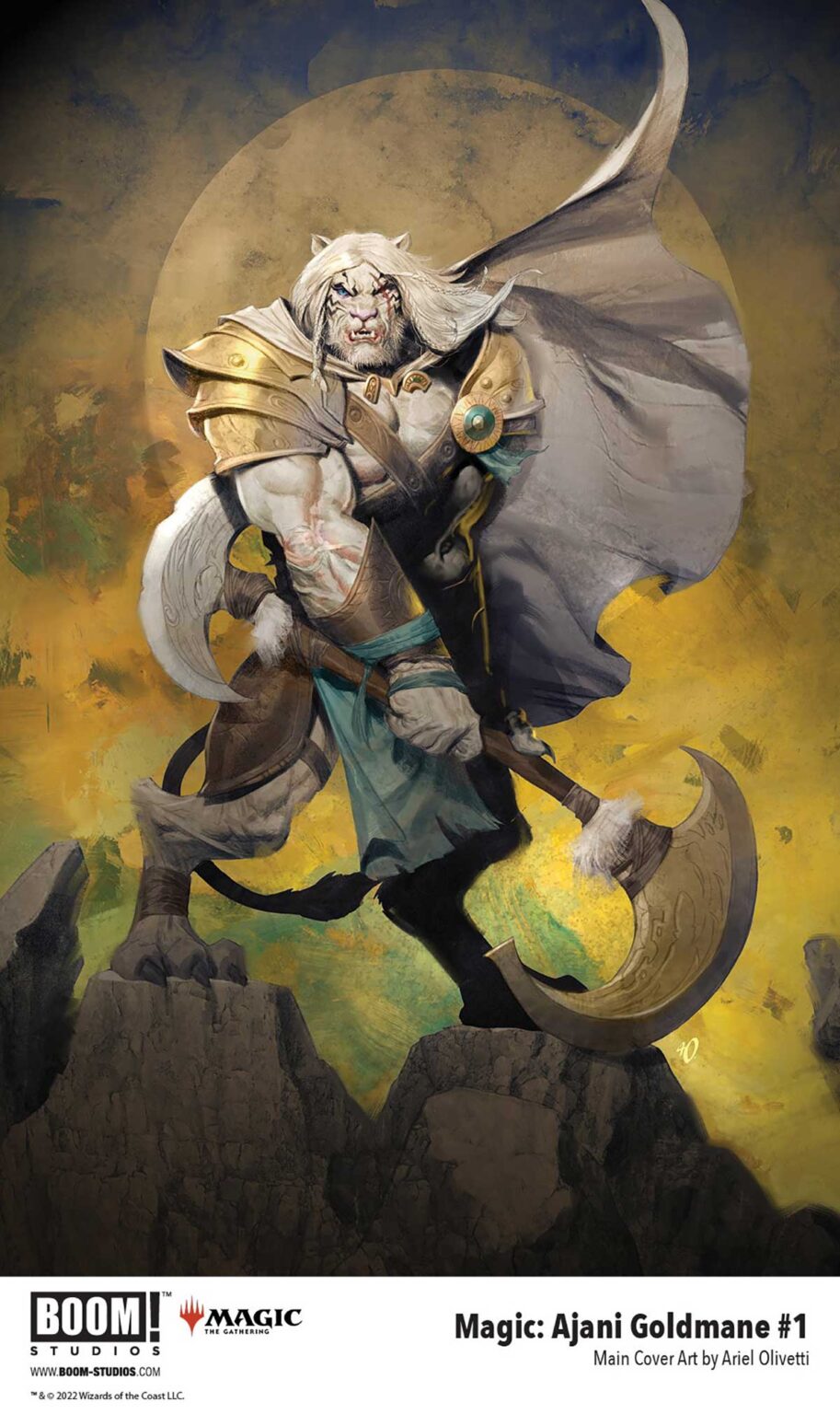 Magic: The Gathering fans are about to get a new one-shot from BOOM! Studios which brings Ajani Goldmane into the comic book universe.

This standalone tale introduces new readers to the widely beloved Ajani Goldmane, while delving into his past adventures and uncovering surprising discoveries for the brave healer’s current fans! But what revelations are unveiled when the steadfast, valiant protector faces threats beyond his capabilities?