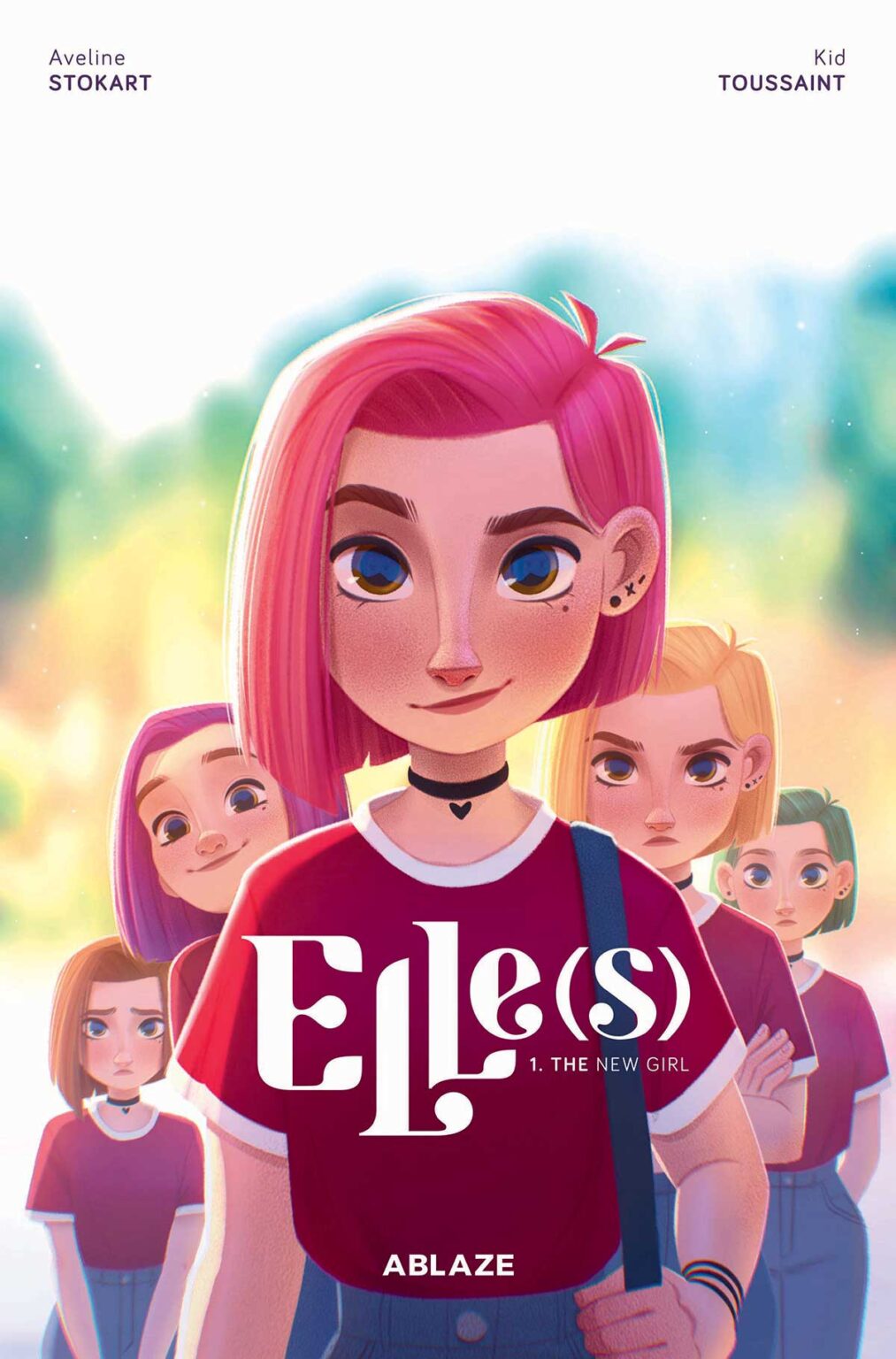 ELLE(S) VOLUME 1: THE NEW GIRL TP · MSRP: $10.99 ·
Available November 2nd
Elle is just another teenage girl…most of the time. Bubbly and good-natured, she wastes no time making friends on her first day at her new school. But Elle has a secret: she hasn’t come alone. She’s brought with her a colorful mix of personalities, which come out when she least expects it… Who is Elle, really? And will her new friends stand by her when they find out the truth? TRAVELING TO MARS, Issue 1 · MSRP: $3.99 ·
Available November 9th
A riveting story of planetary exploration and of finding meaning in your final days. TRAVELING TO MARS tells the story of former pet store manager Roy Livingston, the first human to ever set foot on Mars. Roy was chosen for the unlikely mission for one simple reason: he is terminally ill and has no expectation of returning. Roy is joined on his mission by Leopold and Albert, two Mars rovers equipped with artificial intelligence, who look upon the dying pet store manager as a sort of god. Against the backdrop of not only his waning days but those of human civilization as well, Roy has ample time to think about where things went wrong for both and what it means to be a dying god. FAR CRY: ESPERANZA’S TEARS, Issue 2 · MSRP: $3.99 · Available November 16th
Juan Cortez’s short time in Santa Costa has been more than eventful…and things are just getting started! Meeting all the major players in the country can be dangerous for Juan, but not nearly as dangerous as it is for his target. Will he be able to pull off the job before the rival factions vying for control get in his way?

A prequel to the events of Far Cry 6, this amphetamine-boosted comic introduces Juan Cortes, one of the central characters in the new installment of Ubisoft’s star video game. THE BREAKER OMNIBUS, Volume 5 TP · MSRP: $19.99 · Available November 16th
All the actors are gathered. All members are present to witness the clash. Chun-woo must face the leader of the Alliance himself, number 1 of the Murim! The final battle is near. Get ready for an explosion of rage and a flurry of violence. Let the last act begin…

Jeon Geuk-jin and Park Jin-Hwan’s fighting manhwa has been praised for its sensational action, as well as its captivating storyline, with many charismatic characters and stylish martial arts techniques that will keep you glued to the page! The Breaker Omnibus Vol 5 is the final installment in the bestselling, critically acclaimed series, collecting Korean vols 9-10 into one compilation. Don’t miss it! THE MINECRAFT INSPIRED MISADVENTURES OF FRIGIEL & FLUFFY HC VOLUME 4 · MSRP: $12.99 · Available November 16th
For Minecraft Fans! Each adventure transports fans into the world they love! The continuing adventures of Frigiel & Fluffy and their friends as they explore strange new lands, encounter bizarre creatures, do battle against evil and find treasure! All-ages Minecraft adventures! Volume 4 contains two complete self-contained stories, “The Red Powder” and “At the End of the World.”

THE RED POWDER – On their way to the Farlands, Frigiel and his friends run out of food, but discover a hidden town called Redstone City. In this beautiful place, everything is possible. But our heroes quickly become disillusioned when they find they cannot leave. Trapped, together they must find a way to escape from this technological nightmare…

AT THE END OF THE WORLD – Frigiel and his friends arrive at Lost Tru, the last village before the Farlands. But there stands an insurmountable wall that prevents them from continuing their journey. An intrepid young girl, Clara, offers to help them. They accept and head towards the unknown and beyond…in a universe where the usual rules no longer work. Will they then be able to return from the end of the world? LOVECRAFT: UNKNOWN KADATH, Issue 3 · MSRP: $3.99 · Available November 23rd
An adaptation of H.P. Lovecraft’s The Dream-Quest of Unknown Kadath unlike anything you’ve read before. Randolph Carter’s journey is interrupted once again, this time by winged nightmares. Planted on an unsteady ground littered with bones, the dreamer must find his way to safety before the unimaginable horror beneath it all rises to the surface to end his quest once and for all. As a bonus, also includes the original prose story! Thinking they’ve caught their prey, the monsters pursuing Father Death and Elliott are surprised to find that maybe there are some Elders left in the world. But that won’t deter them from pursuing the boy and his protector…or destroy anyone who gets in their way. And any reprieve granted to the boogyman and his ward is temporary at best!