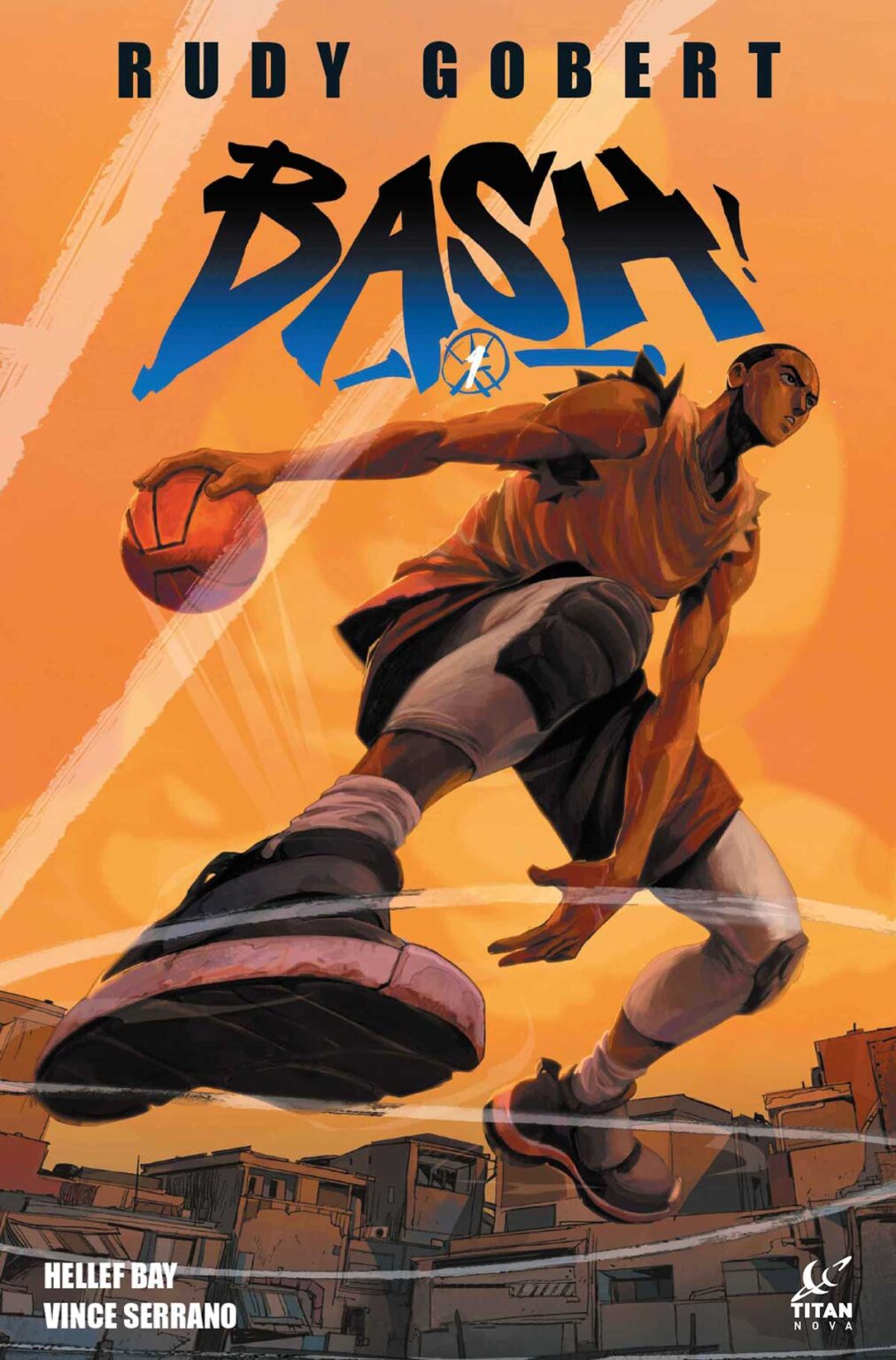 Titan Comics are thrilled to announce that they are teaming up with four-time All-NBA Team player Rudy Gobert (representing the French National Team and the Minnesota Timberwolves, previously Utah Jazz) for BASH!: a brand new standalone graphic novel, scheduled for release in February 2023, which will take young-adult readers on a thrilling basketball adventure across the cosmos.

Featuring incredible anime-inspired art from artist Vince Serrano (Adidas, Sacramento Kings, Young Nudy), BASH! tells the story of young Rudy, a poor kid from planet Nelilia, who dreams of being a star player of BASH – a brutal, high-octane, intergalactic version of basketball, whose players are rockstars, legends and gods.

Rudy has the heart and talent, but whilst he’s starting to get noticed by the teams and talent scouts, other, more sinister forces have started to creep out from the shadows, jealous of the rising young star. Can Rudy make it to the top, while threats come from every corner of the galaxy?

“This was surely a crazy feat when we started it,” said Rudy Gobert. “I wanted to tell a story that bolsters dedication and courage, which were so essential to my own personal journey. I hope that it will encourage readers to overcome their challenges and pursue their dreams.”

“We were so impressed by Rudy and Vince’s infectious passion for the comics medium,” said Titan Comics co-publishers Vivian Cheung and Nick Landau. “With BASH!, readers of all-ages can expect a powerfully told story with incredible artwork that draws on a wide breadth of influence from across mediums.”

The release of BASH! launches Titan Nova (a new imprint from Titan Comics), which will cater to middle grade and young adult readers aged 8 -16 and curious minds of all ages.

“This is an exciting evolution for Titan!” said Titan Comics Acquisitions Editor Duncan Baizley, “It was always an ambition to create something that spoke to an increasingly sophisticated and engaged YA audience, so Titan Nova is the destination I dreamed of when I was that age! We’ve got some amazing books for launch and Rudy Gobert’s BASH! is the perfect title to lead the way. And we’ve many, many more to come that I’m sure will become future classics for this generation of readers.”

BASH! arrives in bookshops, comic shops, and on digital platforms on February 14, 2023.