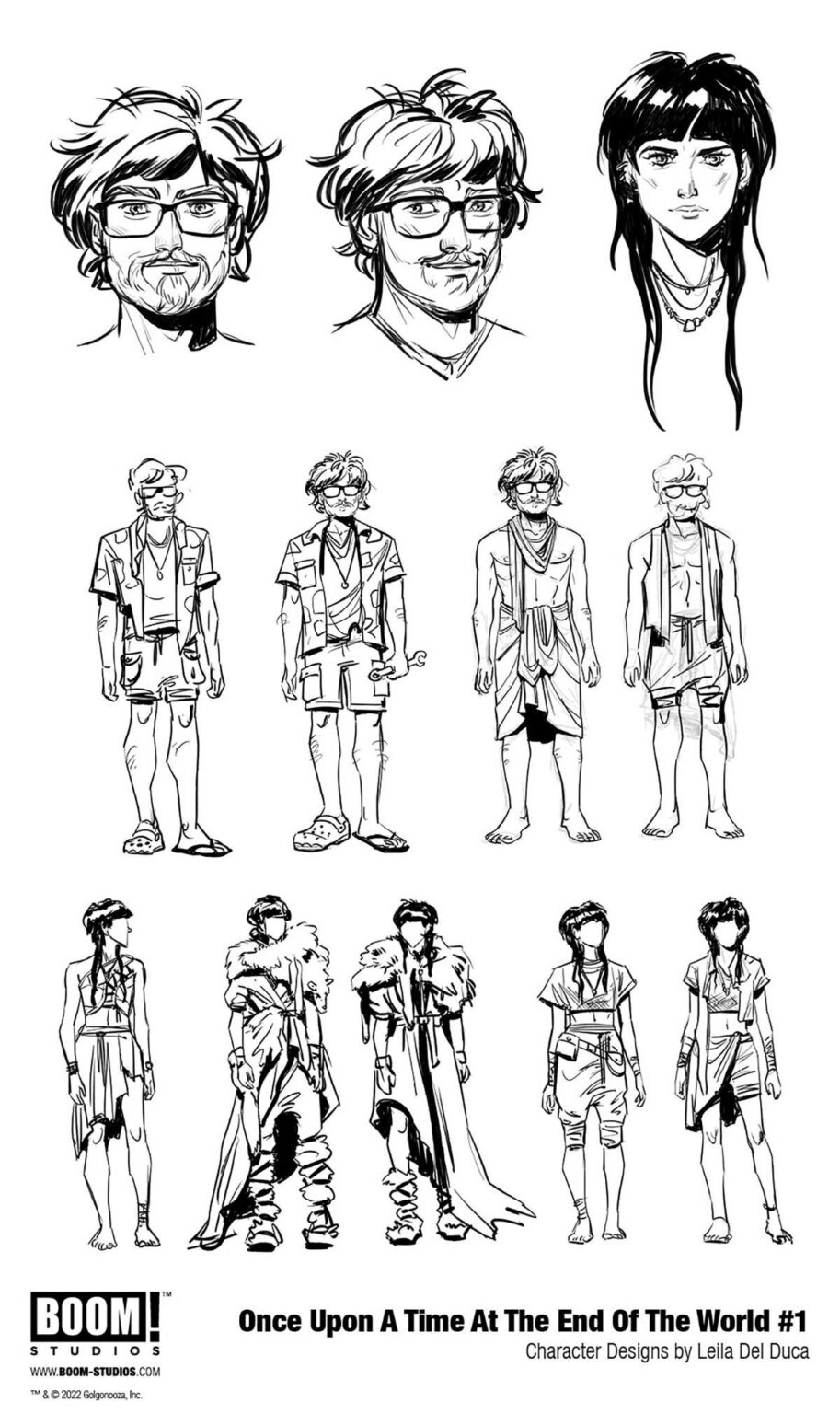 “I’m incredibly excited to be jumping into ONCE UPON A TIME AT THE END OF THE WORLD for the second arc. When Sierra and Jason first introduced me to this project, I was immediately drawn in (ahem, pardon the pun) to Alexandre Tefenkgi’s character designs and Jason’s premise. And then when I read the script, I was hooked like Dustin Hoffman in the movie ‘Hook,’” said del Duca in a press release from BOOM! Studios. “Jason and Alexandre have created two emotionally driven, engaging main characters with a supporting cast of baddies that I can’t wait to learn more about. And start drawing eventually. Is it time for Book 2 yet!?”

“Falling in love in the wasteland was the easy part. Now Maceo and Mezzy set out to create a new society from the ruins of the old. A community built upon the sacred belief that love is love, in all its many forms,” said Aaron in the same press release. “The supremely-talented Leila is bringing to life not just the story of our two lovers all grown up but also a beautiful new vision of an end-times paradise that’s fighting to keep the darkness at bay.”

Here are some images from the first series arriving in November 2022.

Once Upon a Time at the End of the World: The Rise and Fall of Golgonooza arrives in 2023.

Boom Studios jason aaron Leila del Duca Once Upon a Time at the End of the World Solicitations
Share. Facebook Twitter Pinterest LinkedIn Tumblr Email
Previous ArticleCheck out the cover for The Roadie #3
Next Article FIRST LOOK: Batman vs. Robin #1