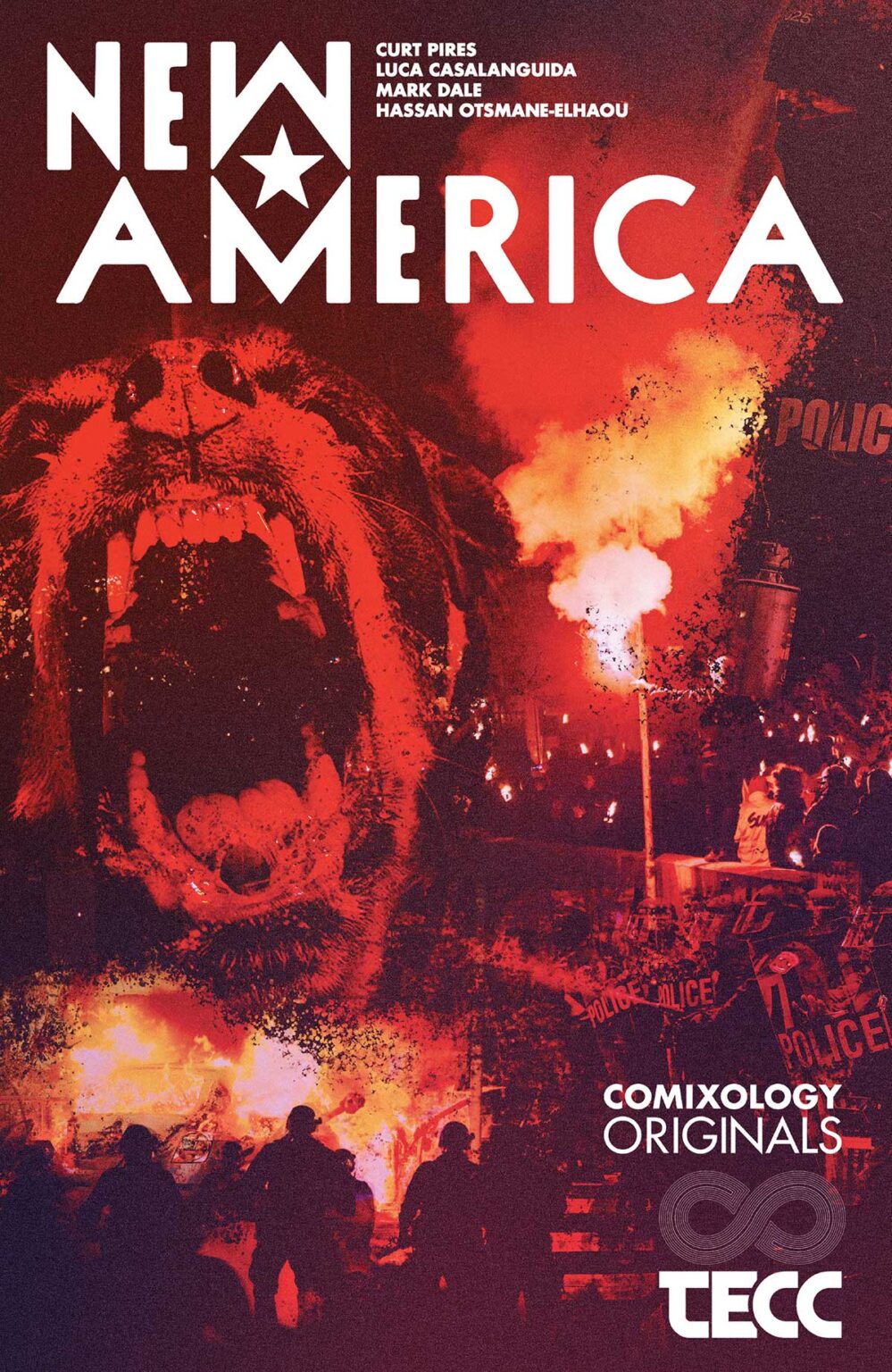 The political thriller will be told in three oversized issues in the digital format, with a physical collection later at Dark Horse Comics.

“I’m so excited to be bringing New America to life with my friends at Comixology and my amazing collaborators: Luca Casalanguida, Mark Dale, Hassan Otsmane-Elhaou and Fernando Rosales,” says writer Curt Pires. “New America is an idea that I’ve had for many years that I’ve been waiting to bring to life in a perfect way and I’m ecstatic to finally be able to do so. A work of speculative fiction dovetailing off the events of the last couple years, New America explores some of the key issues facing our world through the lens of an action thriller / crime story.”

The old ways failed us. Our leaders failed us. The system failed us. So, a decision was made to start anew. To invest in the future, the foundation of something more, a New America.

With New America Pires continues to push boundaries with his evocative and of the moment storytelling. Ten years after the formation of the secessionist state within the United States of America, known as New America, former military man Wyatt is reunited with his brother, now President of New America, Corey Walker.

New America follows the trials and tribulations both personal and political of the people leading and living in the newly emergent territory as they strive for a utopia, while questioning if the new way is the better way as protests and violence continue.