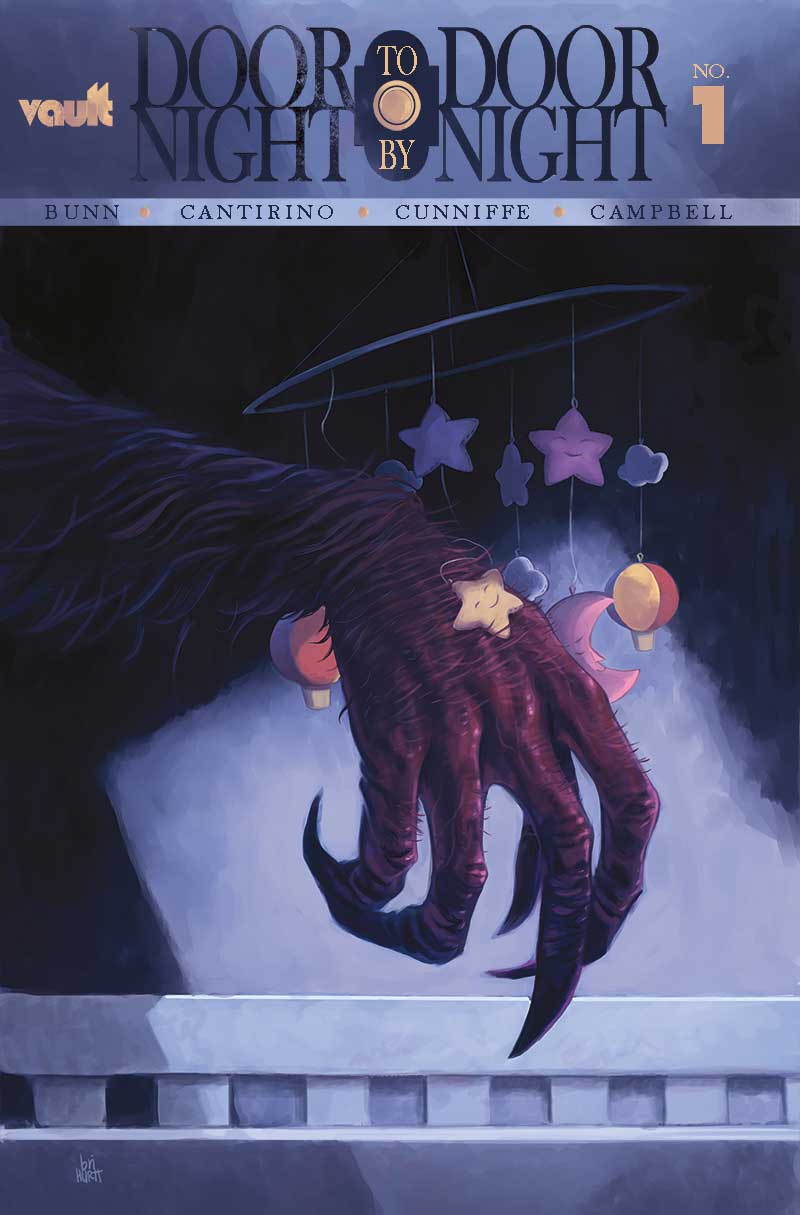 Door To Door, Night By Night brings you the story of a motley crew, the Heritage Mills door to door sales team, who travel from town to town, knocking on doors. They’re the best at what they do… which also means they’re the worst. They’re broken, each and every one of them, haunted by closets so full of skeletons, they’re bursting. When they discover a terrible secret behind one fateful door, it opens their eyes to a world full of real monsters hidden in every small town.

“When I was a kid, way back during those formative years, back when I was really discovering and digging into horror for the first time, my dad ran a door-to-door sales team,” said Bunn about the series’ origins. “They traveled all over the country, knocking on doors, running fundraising programs, primarily for volunteer fire departments in rural areas. I often traveled with my dad on his sales trips, and I met some of the most interesting characters you might ever hope to meet. They were, as I recall, an odd lot, a collection of burnouts and drunks and ne’er-do-wells, all of whom were good at one thing—sales—and not much else.

“They knocked on doors all day, every day,” continued Bunn. “At night, though, they scattered off into the dark. Now, I know they went off to find liquor stores and honkytonks where they could spend their hard-earned cash. I got to thinking, though…

“What if they were up to something more… something supernatural… when night fell.”