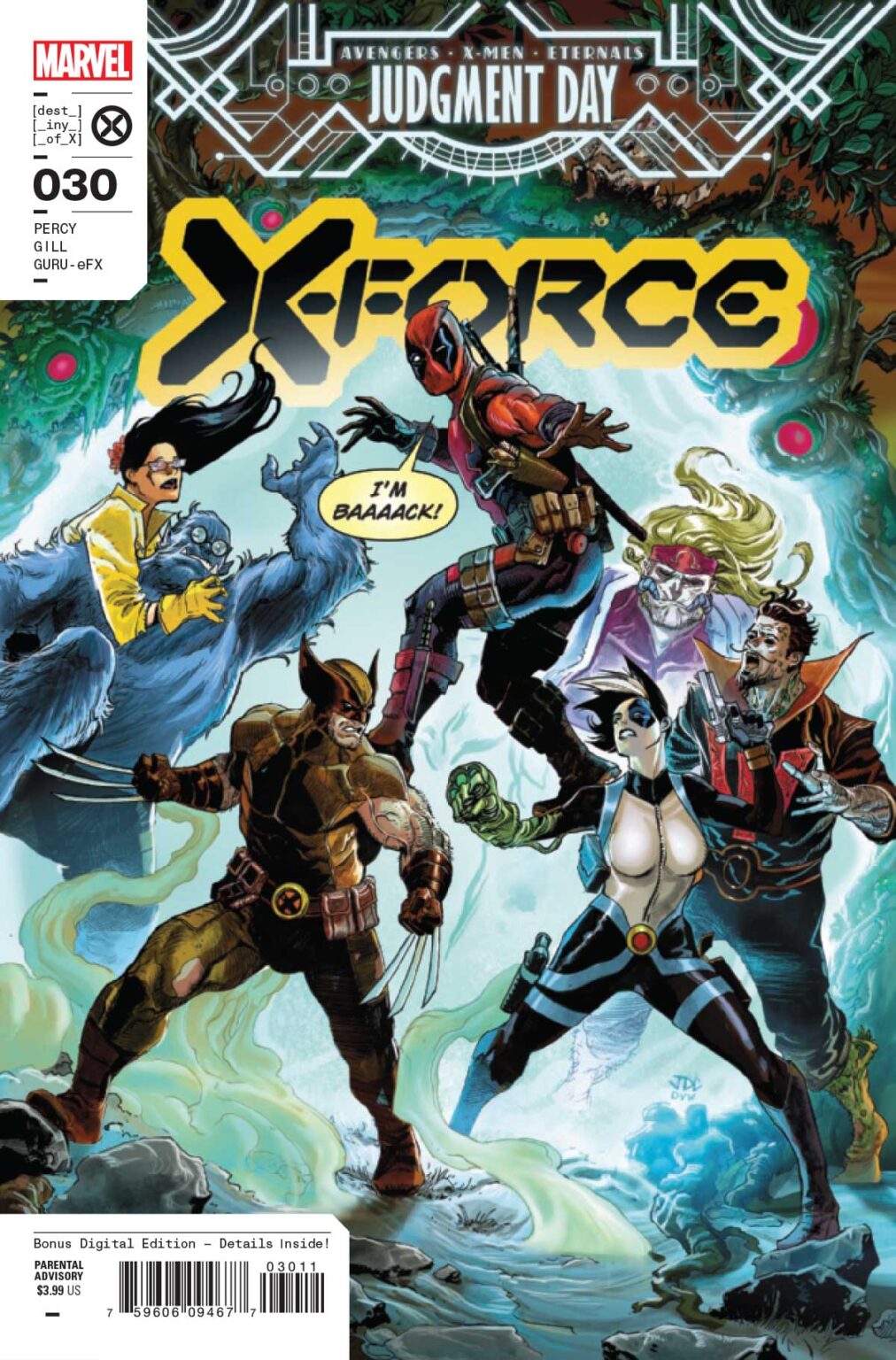 X-FORCE #30
BENJAMIN PERCY (W) • ROBERT GILL (A)
Cover by JOSHUA CASSARA
Variant Cover by CARLOS MAGNO
DEADPOOL JOINS, AND
KRAVEN’S HUNT BEGINS!
X-FORCE has taken some lumps, but a new era begins as old-school X-Forcer WADE WILSON makes his grand return! Well, grand for him, necessary for the team, as X-Force needs all the help it can get in the fallout from the Hellfire Gala and the revelations of A.X.E.! Plus: Find out why KRAVEN THE HUNTER is involved in the start of a landmark storyline!
32 PGS./Parental Advisory …$3.99