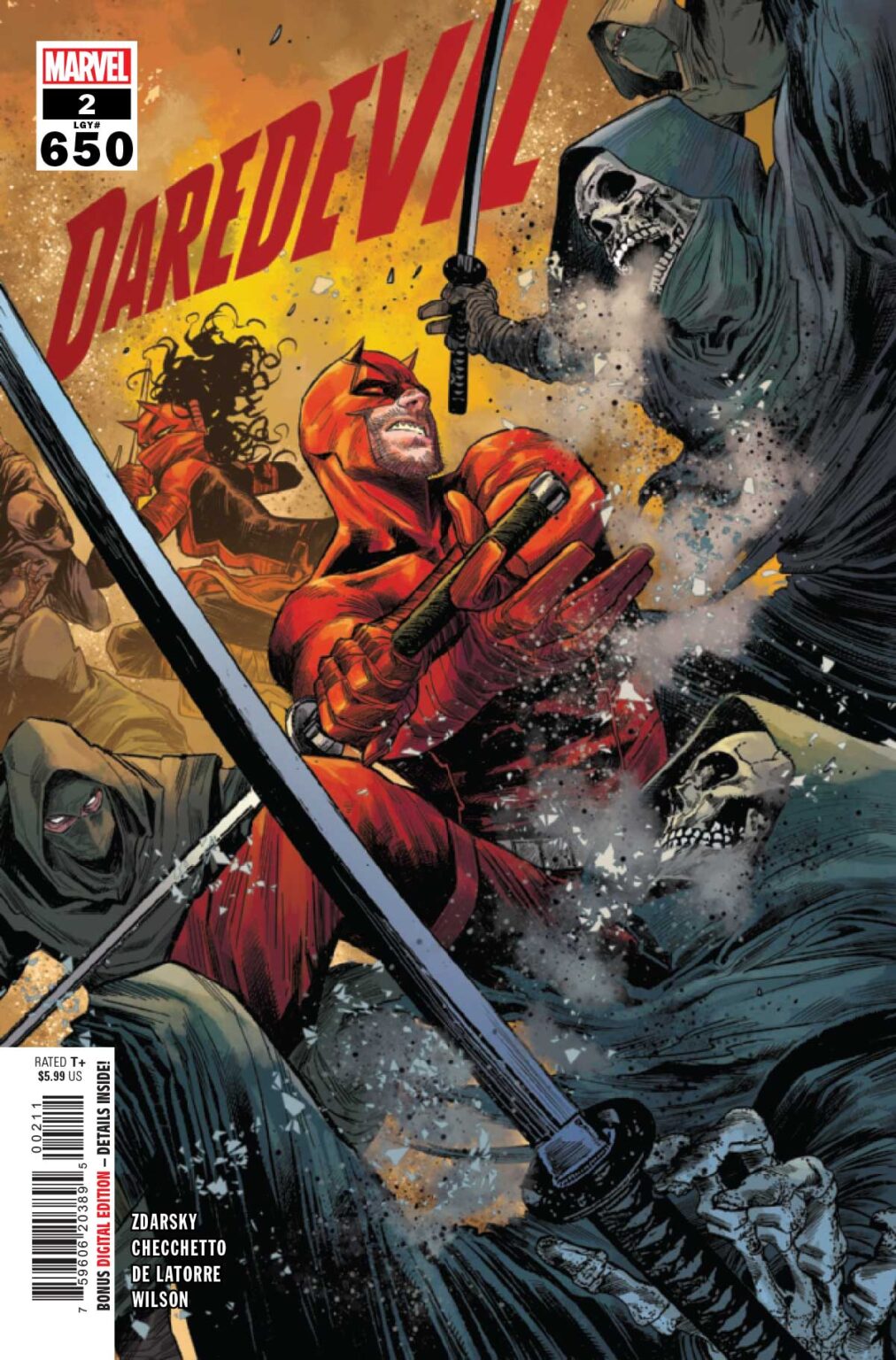 The aftermath of Devil’s Reign continues in this week’s Daredevil #2 from Marvel Comics.

DAREDEVIL #2
CHIP ZDARSKY (W) • MARCO CHECCHETTO AND MORE! (A)
COVER BY MARCO CHECCHETTO • Predator variant COVER by Bill Sienkiewicz
VARIANT COVER BY GARY FRANK • SKRULL VARIANT COVER BY PETE WOODS
DAREDEVIL NO. 650!
After DEVIL’S REIGN, everything it has ever meant to be DAREDEVIL has changed. Thanks to ELEKTRA and her newfound role as the Woman Without Fear, Daredevil is more ambitious than EVER, with a who’s-who of creators from across the fabled character’s history (and some can’t-miss surprises along the way), this oversized epic kicks the next year of Chip Zdarsky and Marco Checchetto’s landmark run on DAREDEVIL off in explosive style!
56 PGS./Rated T+ …$5.99