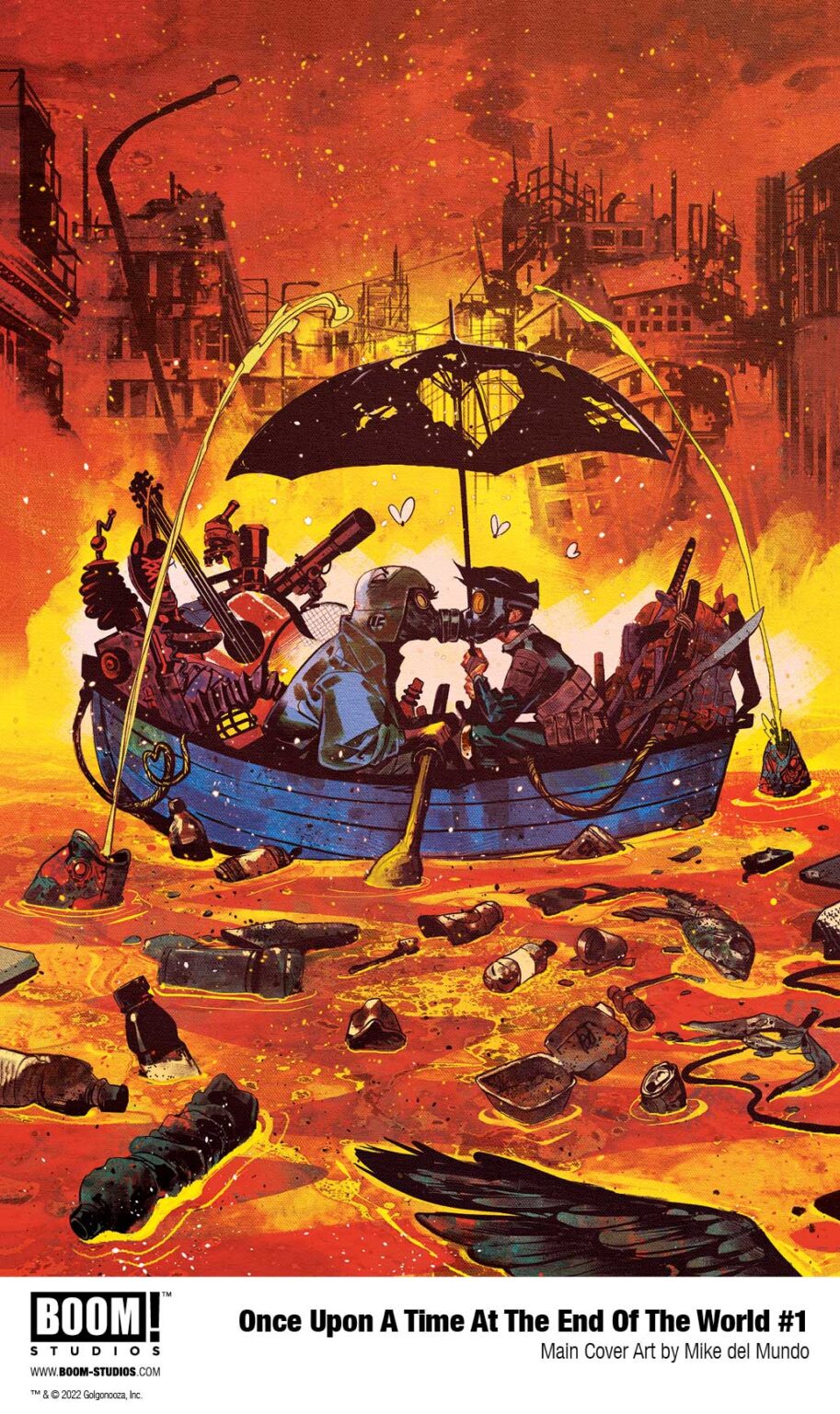 BOOM! Studios announced writer Jason Aaron is launching Once Upon a Time at the End of the World which will bring three unique art teams together to bring their take on the end of the world to comic books. Maceo and Mezzy have never met anyone like each other, and they’ll need all the help they can get to survive a planet ravaged by environmental catastrophe.  This epic trilogy–each issue overflowing with 30 story pages–spans a lifetime as the dark mysteries of a ruined world and their own stark differences tear at the threads holding Maceo and Mezzy together.. Will they, and the earth beneath their feet, ultimately be torn apart?

“A love story should be more than just one kind of story. More than just a first act. Especially when it’s the kind of epic, unbridled love that carves a trail across two lifetimes, leaving behind moments of joy and suffering, pleasure and horror, healing and scarring. Even more so when those lives are being lived in a post-apocalyptic wasteland,” said Aaron in a press release from BOOM! Studios. “This is the story of two lost kids who find each other at the very end of days. Like if Wes Anderson had directed ‘Road Warrior.’ But that’s only the beginning of their journey of survival and of the world’s last great love story.”