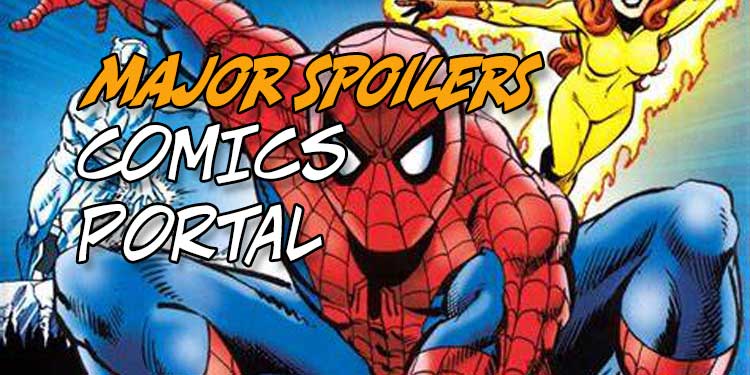 Yes, buying and reading comics is often a solitary activity, but you can (and should) make friends who share your passions! I remember standing in a local comics shop, reading the issue in which Spider-Man began wearing his all-black costume. I stood there, not liking it at all. I spoke out loud, “Oh, man! I hate that costume!” The person standing next to me had to agree, and we spent hours that evening talking about comics! A friendship began as a result of that!

The truth is that many relationships—particularly friendships—develop because you have common interests. After all, what else would you talk about if not something you’re passionate about?

Granted, not every relationship is that way. For instance, I know several married couples who have only one member interested in comics/science fiction/other genre-related things.

I call that a “mixed marriage” because, while they have other aspects of their lives that draw them together, they often end up searching for friends they can talk about their other passions with.

I was at a recent science-fiction convention and spoke with a friend I’ve talked with over the years. He’s in a “mixed marriage,” his spouse not interested in sci-fi at all. I mentioned that my brother used to hate to go back to “reality” when that con concluded, and he agreed. He didn’t want to go back home where he would leave this particular passion in his life behind.

I suppose that’s one reason I haven’t married. I could never find someone who shared my passions as much as my friends do.

However, I enjoy talking with friends about comics, about science fiction, and about other interests of mine. In fact, several of us participate in a bi-weekly ZOOM call on Saturday nights to catch up with what’s going on. The three hours literally fly by each time! And even Spider-Man had amazing friends!

PAY ATTENTION TO YOUR SURROUNDINGS While I’m no “expert” when it comes to relationships, I have found certain things that have helped when I have moved or made other changes in my life.

One of my favorite rules is to pay attention to what’s happening around me. By that, I mean to listen. Don’t be afraid to ask questions. Don’t dominate a conversation.

I have often found that, when I am in settings where people share at least some of my passions, there’s fertile ground for making friends.

My mom used to say that conversations are like tennis matches. Someone hits the ball to you, then you hit it back. Again, they hit the ball to you, and again you hit it back. That’s how the game is played. And it’s very similar to how conversations happen. If you constantly smash the ball into the ground so nobody else can participate, then you’ve taken a lot of the fun out of it!

OPINIONS ARE NOT FACTS Another thing I’ve learned over the years, particularly during panel discussions I’ve had the privilege of running or being a part of, is that people often mistake opinions for facts. If you like something, that doesn’t necessarily make it “good,” for example. It means you like it!

It also doesn’t matter how strongly you hold an opinion. If you get upset when someone disagrees with your opinion, that doesn’t make it a fact. It just means you disagree.

If you want to talk with someone about your opinions, be sure to identify them as such. Say, “I feel that Spider-Man is the only good Marvel character,” for instance. That’s clearly an opinion, and people can certainly disagree with you when you state it that way. Don’t be offended when someone doesn’t buy what you’re selling, which is how I like to state that. Every person is entitled to his or her own opinions, but they aren’t required to agree with what you think is true or real.

In fact, I often prefer to have friends who disagree with me. I have found that I’ve learned a lot more when I examine things from other perspectives. However, if a person disagreed with me way too much, well, we won’t have much of a basis for a friendship. You have to agree on some things, after all!

One word of warning—if you meet people in social media events or rooms, you may or may not get along in person. ZOOM and Skype and groups in Facebook, Twitter, or other social media platforms are a good place to start, but I would recommend you go at them with lower expectations. Sadly, people in these platforms don’t always tell the truth! If they never turn their camera on, be especially careful! As I mentioned previously, time I spend with people I share my passions with is some of the most significant time I enjoy each week.

We learn from each other, we see the humor in the differences we see, and we often lose track of time because it’s time we’re enjoying each other’s company so much.

Granted, there are some people who prefer others don’t have friends like this. But the best relationships are those that are open to each participant growing and enjoying life. If you don’t see that as part of a relationship you are in, I would suggest you reconsider being part of that.

There have been so many recommendations of comics I might not have even considered getting into if it hadn’t been for friends who told me about them. I know comics and comics collecting are often solitary experiences, but when you can share your passions with someone who at the very least understands them, well, you’ll enjoy life a lot more, I believe!

I think that’s why comics shops and comic conventions are so popular! We are around people who might be understand where we are coming from exactly, but they can at least BEGIN to “get” it!