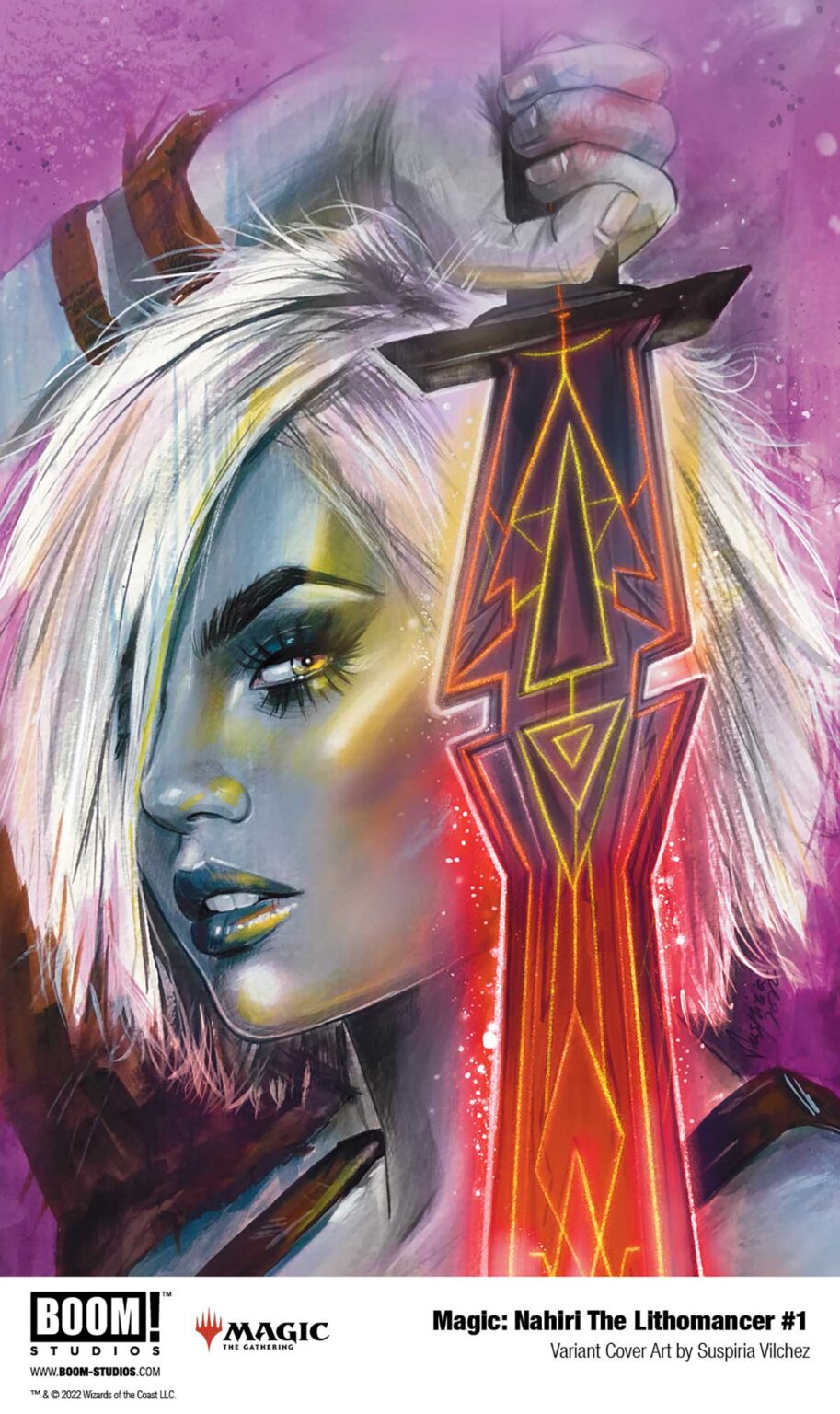 There is a new Magic one-shot headed our way from BOOM! Studios, writer Seanan McGuire, and artist Fabiana Mascolo which brings Nahiri the Lithomancer to the comic book page.

Nahiri–also known as The Harbinger–has protected her home plane of Zendikar for centuries, her ruthlessness and terrible deeds kept in check by a strong sense of justice. But her fate is far from decided, and a new challenge awaits that may change the way the entire Multiverse perceives her…

“You’ve never seen Nahiri The Lithomancer like this before – get ready to be stunned and amazed by the darkness and the light that balances within this fan favorite character” said Kathleen Wisneski, Editor, BOOM! Studios in a press release.