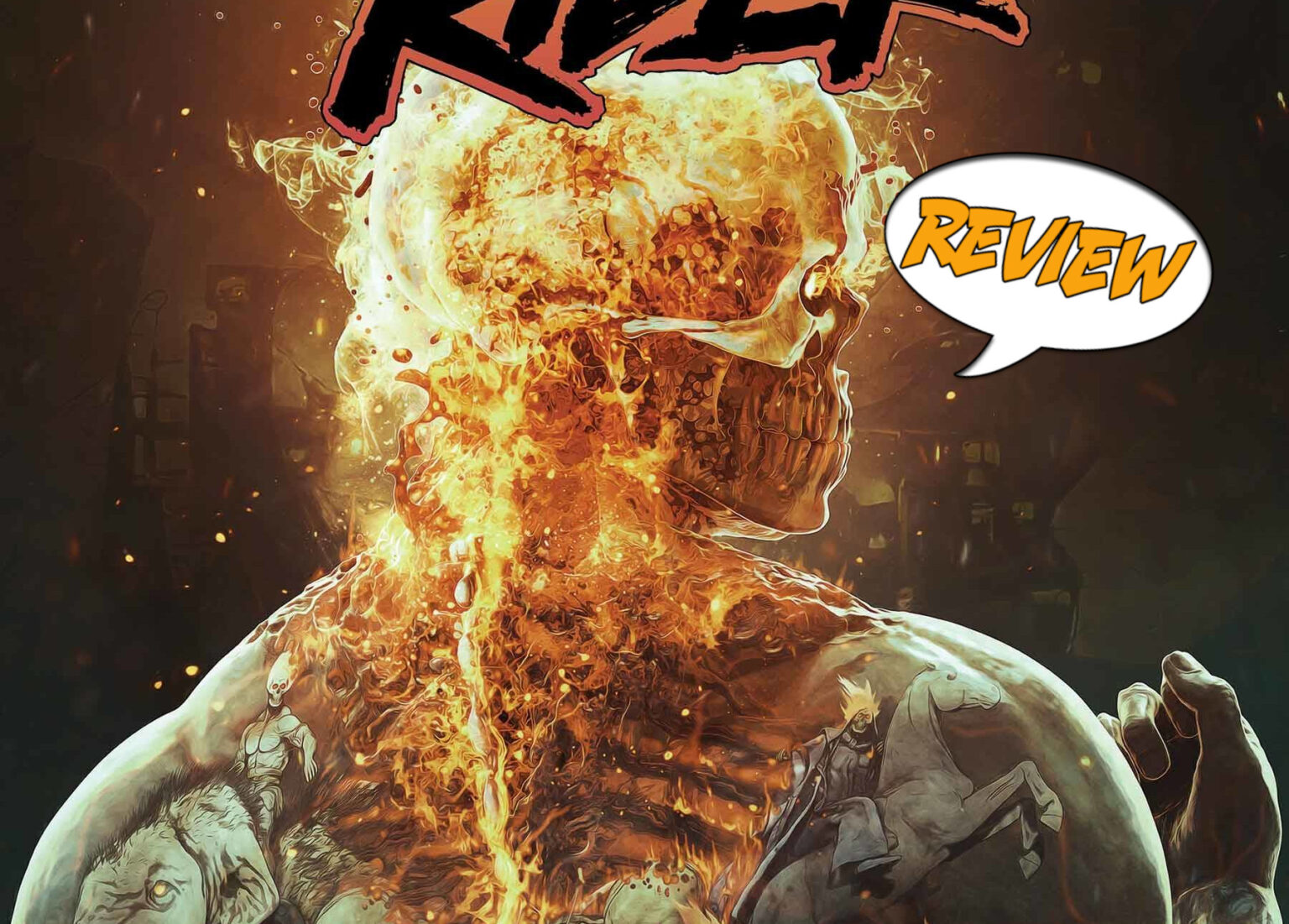 Previously in Ghost Rider: Johnny Blaze was a motorcycle stunt performer who became bound to the Spirit of Vengeance. Now he controls Hellfire and hunts people with his Penance Stare as the Ghost Rider!

LOOK INTO THE PAST

Ghost Rider: Vengeance Forever #1 starts with Johnny going to Necro the Tattooist. Necro is a seer who can bring lost memories to the surface. The first story involves a cowboy named Jimmy Underhill being hung on a devil’s tree and his transformation into the Ghost Rider. Some stories featured Daniel Ketch, Roberto Reyes, and even Ghost Rider 2099. Johnny Blaze, now completely covered in tattoos, heads back out with new determination to protect the innocent and hunt those who do write.

I’ll preface by saying that I haven’t kept up with Ghost Rider. My first introduction to him was that Nickolas Cage film and I had mixed reactions. I’m not familiar with the rich history of the character nor any of the other Ghost Rider incarnations. Ghost Rider: Vengeance Forever #1 told me everything I needed to know without making me feel dumb. While I am sure I am missing a lot of easter eggs within these pages, this story was enjoyable to read. It gave me a little taste of what the character was about in a positive way. So much so that I want to go back to the main title and check it out.

There are few characters as visually striking as Ghost Rider. Watching this flaming skull, spiked chain, and the hell cycle is engaging to look at. Not only that, the details in these tattoos were the showstopper. Great work by the creative team all-around.

While this hero isn’t my cup of tea, Ghost Rider: Vengeance Forever #1 was a splendid homage to the character. I think this will be a pleasure to read for all sorts of comic readers. This comic is 4.5 out of 5 stars.

Ghost Rider: Vengeance Forever #1 does a magnificent job paying tribute to all incarnations of the Ghost Rider.