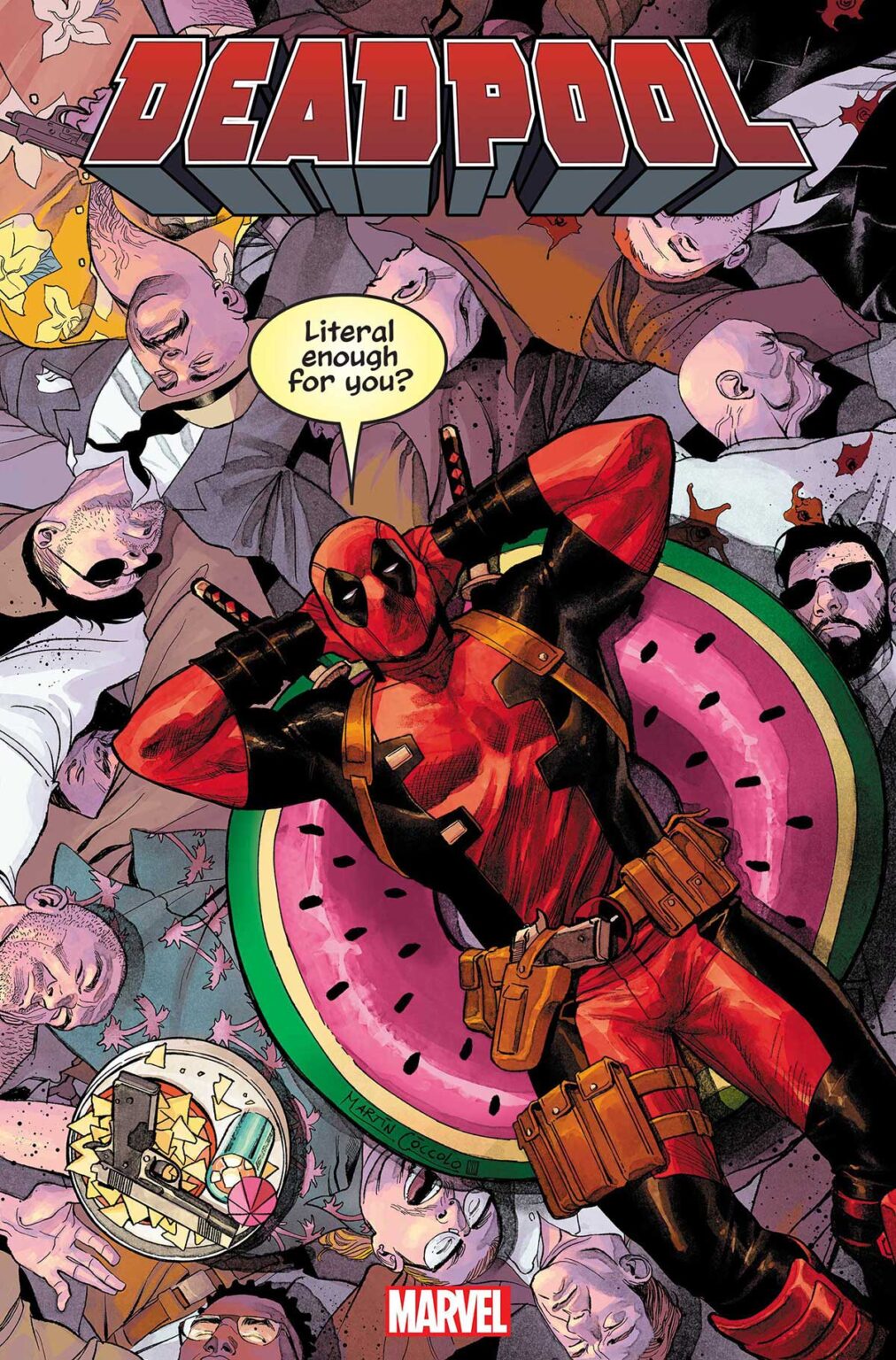 Marvel Comics announced that Alyssa Wong and Martin Coccolo are teaming for a new Deadpool series that arrives in November 2022.

Marvel Comics sent us this description of what we can expect:

The two rising Marvel stars will take out their pent up aggression on everyone’s pizza-faced, jabber-mouthed, misguided, hate-to-love, love-to-hate fave in new Deadpool adventures loaded with riotous violence and relentless body horror. Deadpool’s latest solo exploits will kick off with a bang as a new mercenary group sends Deadpool on one of his most dangerous missions, an intoxicating villain unleashes a twisted plan on Wade’s body with horrifying side effects, and a hot new romance arrives on the scene to drive Wade crazy!

The world knows Wade Wilson is one of the top mercenary/assassins in the Marvel Universe, even if he is simultaneously the most annoying one…but he’s pushing to make that recognition official as he auditions for the elite group known as the Atelier. Now, he has 48 hours to kill one of the world’s most famous supervillains. Only problem? He’s been kidnapped, and something…strange…is GROWING INSIDE HIM.