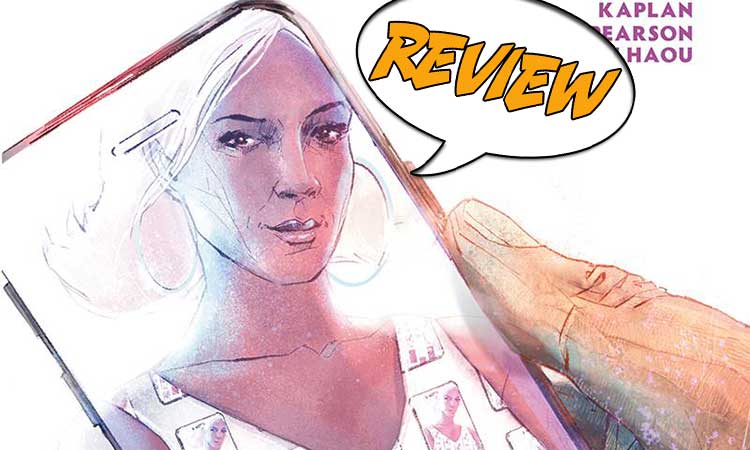 Ben recalls the early days of the mind control device he and his friends built. It seems fun if they use it with good intentions and follow a few simple rules. What could go wrong? Find out in Mindset #2 from Vault Comics!

Previously in Mindset: Ben is the prime suspect in a murder investigation with fifty witnesses. Claiming he was mind controlled, he recalls how he got here. In grad school, he and his friends had the opportunity to pitch their idea to venture capitalists, and it flopped. Their app, designed to help people get away from manipulative online algorithms, was not deemed profitable. Then Ben learns that if he does not complete a missing neuroscience lab, he will not graduate. He is taking neuroscience to learn more about how the brain can be manipulated. The experiment is a simple one, but from it, Ben gets an idea, digs into the data, and tries an experiment on his friends!

EVERY STEP IS A DARE

Mindset #2 opens as Ben, his friends, and Eitan first realize they discovered mind control. First, they play around with it more, doing stupid things or at least making each other do stupid things. Then they investigate more and find that the suggestion window is only a few seconds long, but the effect lasts a few hours. Then they come up with a way to make a portable device.

Eitan suggests that they take it out and test it in the field. Eitan is a genius who grew up poor in Trinidad and learned to live by his own rules. While using the device may have repercussions, Eitan still talks the others into testing it. They go to a grad party and induce the people there to strip and go streaking, as well as forget that they were there. At another party, they convince the attendees that they are the Avengers. On the fly, they do decide upon a couple rules such as no killing or hurting people and no forced romance/sex.

Then Eitan takes them to a different kind of party, one in Palo Alto for the elite of Silicon Valley. With a burst from the device, they are allowed in. They rub elbows with the rich and famous and give them crazy suggestions.

Then Ben meets Atlanta Hanna, a beautiful woman who says he does not look like he belongs. She wonders if he and his friends crashed the party. She has attended these events before. Usually, people work the room, making contacts and trying to make deals. They do not play goofy party games. Atlanta’s job was to make sure all the important guests were entertained by the other, attractive, guests. And she allows the host to pretend she is with him. The host of this party is Peter Winfield, the venture capitalist who shunned Ben’s idea.

Atlanta offers to take him to Peter to say hello. He immediately realizes this is not a good idea. Thankfully, his friends call him to hurry up because they are going. Atlanta promises not to tell on him. She makes an impression on Ben, not just because she is pretty, but because she does not seem to fit in with the crowd – and she does not seem to be affected by what they are doing.

One thing leads to another, and they get the security in charge of parking to let them drive off in a Rolls – Winfield’s Rolls. Ben drives while they discuss the ramifications of their device and try to decide what to do with it. Ben crashes the car and the spend the night in jail, but only the night because Eitan politely asks for his phone, and soon they are released. The conversation again turns to, what do they do now?

There is something ephemeral about the art of Mindset #2 that I like. Ben remembers the discovery of mind control in a series of scenes with no clear idea of how much time has passed. Important, or least memorable, moments jump out at us while most of the details fade into the background. Ben and his friends appear as distinct characters. The people they interact with are often simple silhouettes or even outlines. They could be anybody. We have no reason to focus on them.

It is the same at the fancy party, or even more so, which is interesting, as though these people are so far out of Ben’s normal world that they do not register beyond blurs or simple pencil sketches. This makes Atlanta’s introduction powerful. She is rendered clearly and sharply with every bit as much detail as Ben. She is charming and does her job well, but there is something about her that is threatening. Behind her smiling face is a mind that not only recognizes that Ben does not fit in, but that he is somehow involved in whatever has taken over the party.

BOTTOM LINE: THE INNOCENCE OF OPTIMISM

Mindset #2 has a lot of atmosphere. Ben is on the cusp of euphoria and does not consider all the possible pitfalls before him even as we know that he is going to hit them, and hard.

Anything seems possible with mind control and Ben dreams big!