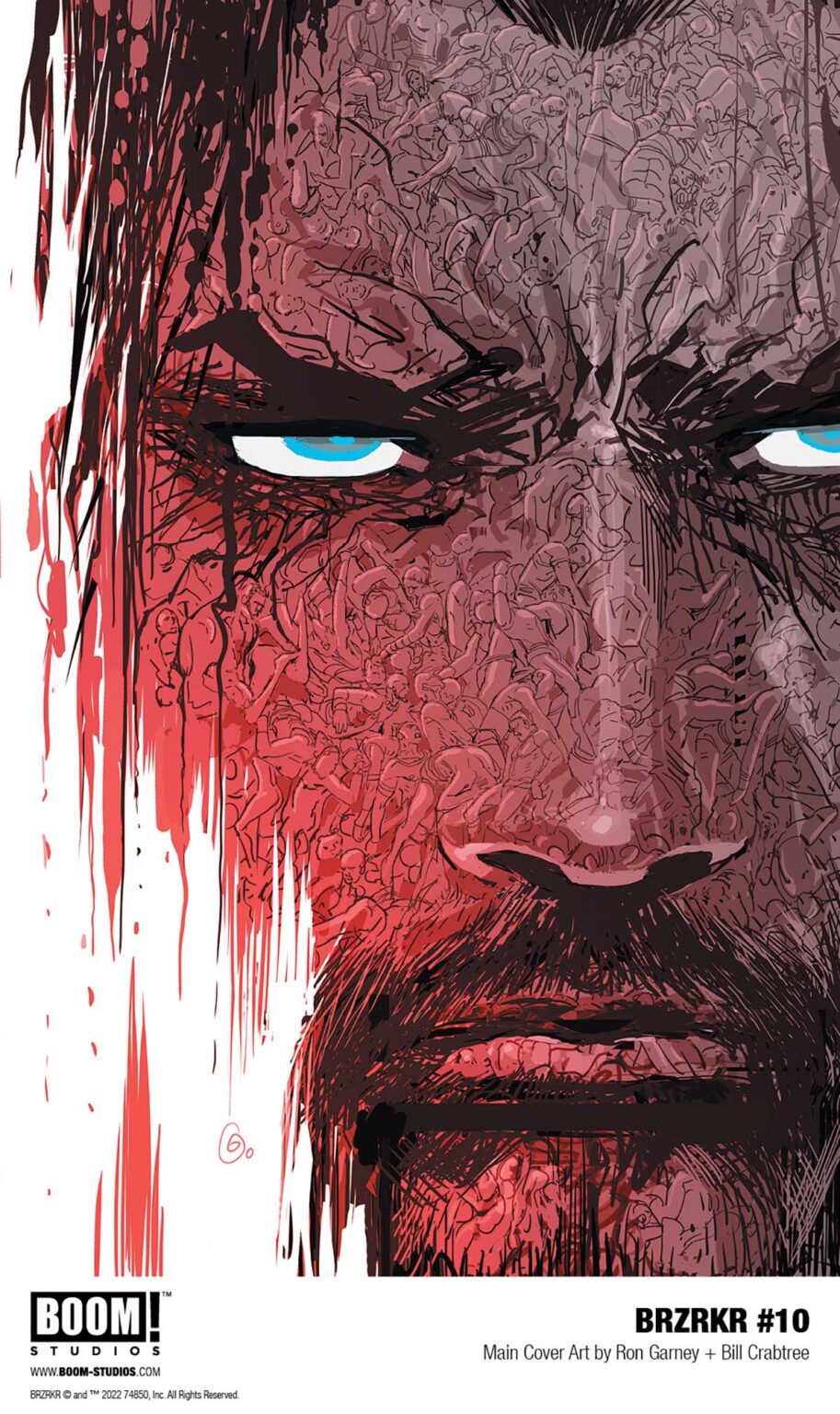 BOOM! Studios released an early look at BRZRKR #10 that arrives in September.

As B.’s full fury is unleashed, a new discovery promises to bring the answers he’s been seeking for centuries. But as the team travels to uncover the mysteries of B.’s birth once and for all, will Caldwell finally reveal his master plan? There are just three issues left in the saga of this immortal warrior, as writers Keanu Reeves and Matt Kindt build towards a conclusion that will blow fans’ minds!

BRZRKR #10 is written by Keanu Reeves and Matt Kindt, with art by Ron Garney. The issue arrives on September 21, 2022.