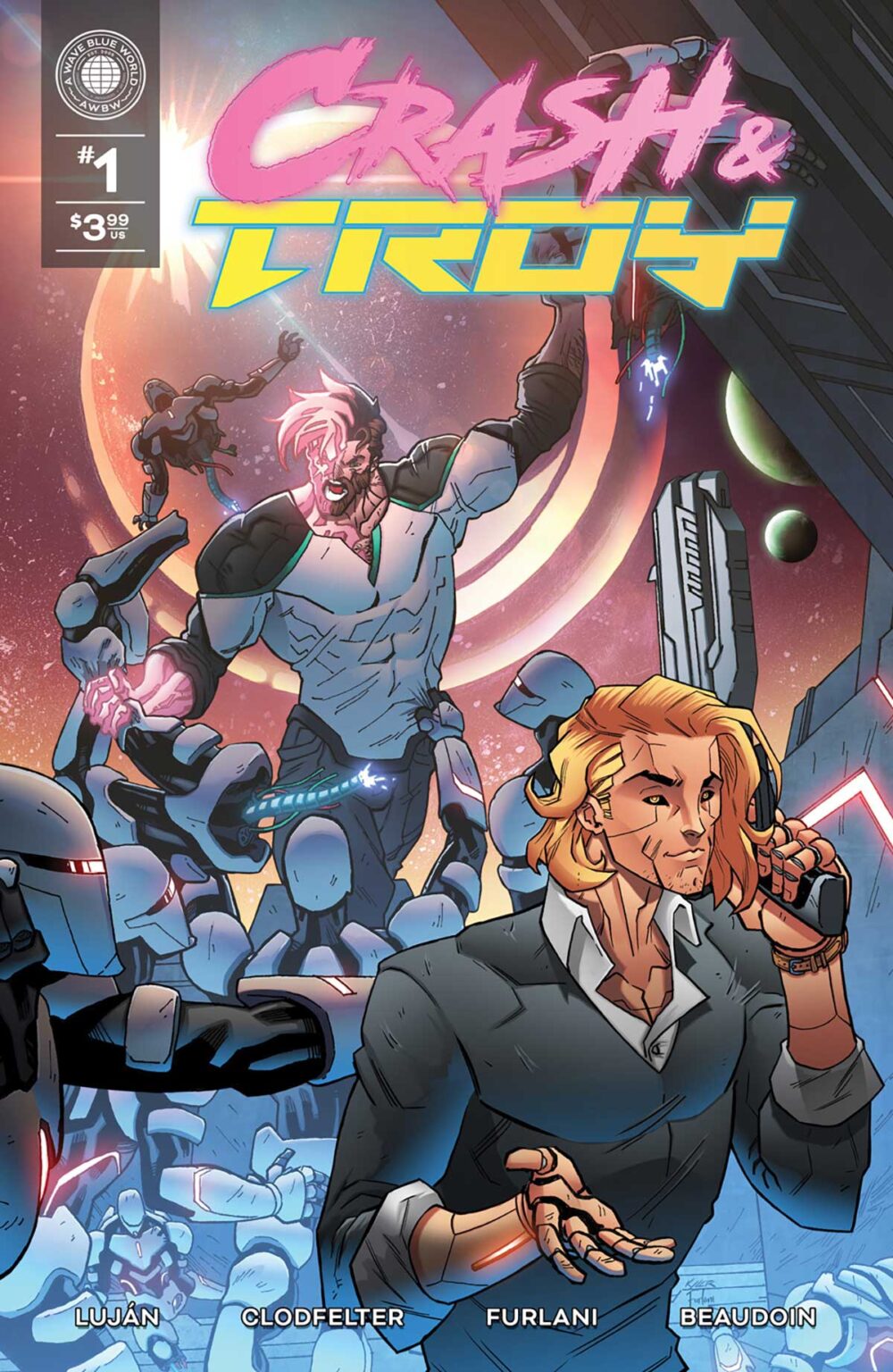 A Brave Blue World announced the upcoming release of Crash and Troy #1, a four-issue mini-series about two brothers traveling the spaceways in other people’s bodies…

The series follows the adventures of our beloved bros in the title: Rex “Crash” Ballard, a super strong grumpy mutant, and Troy 3.0, a sentient software arts aficionado who likes to upload himself into new bodies every now and then. Their free wheeling mercenary lifestyle has so far gone mostly unnoticed, but when they botch a job with massive interplanetary consequences, they’re caught and brought before the authorities. Now, they have no choice but to cut a deal: set things right or permanently lose their freedom.

Crash and Troy #1 arrives on August 17, 2022 from Jarred Lujan and Kyler Clodfelter.