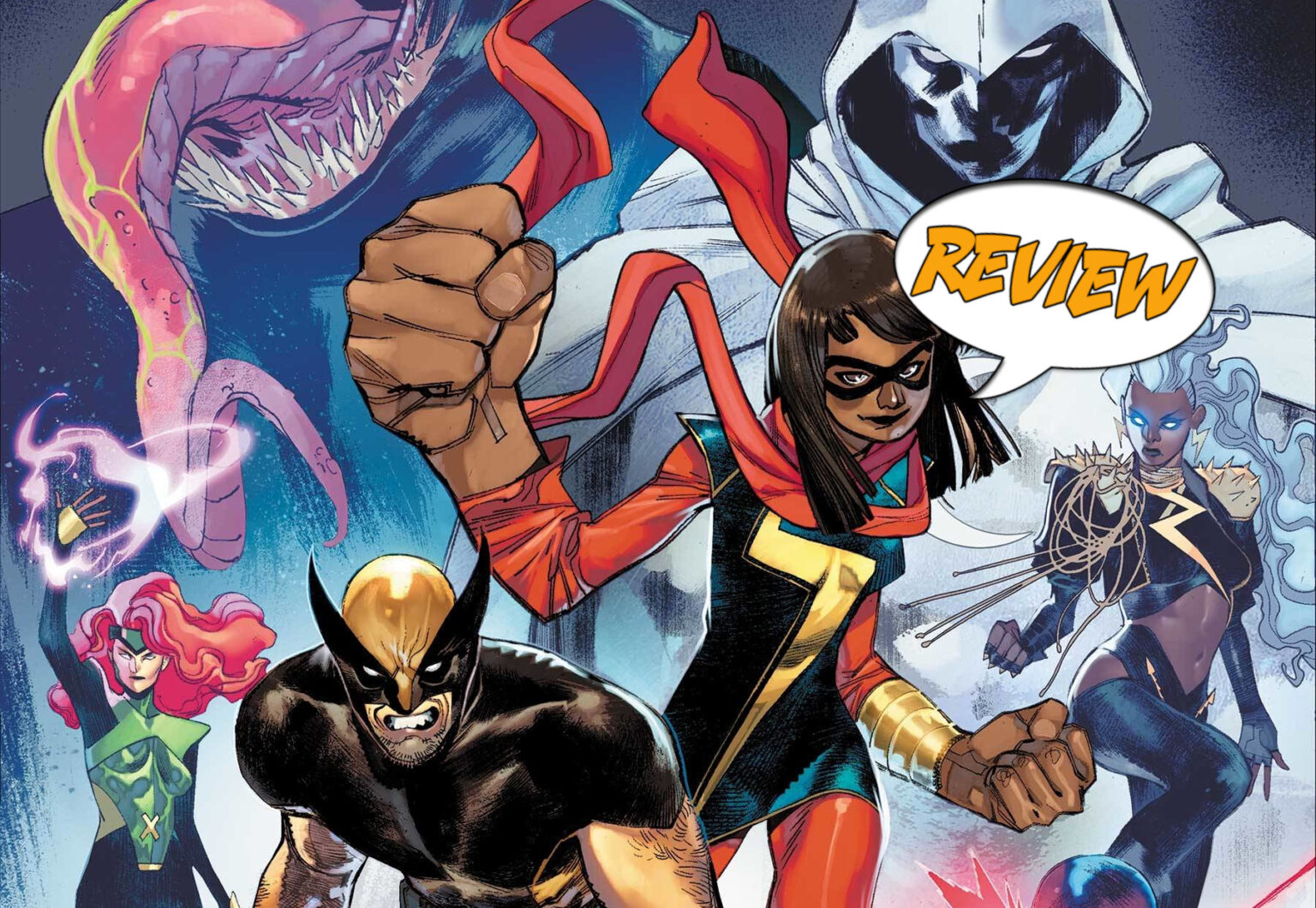 A new threat has come to New York City, and Ms. Marvel must team up with the mutants of Krakoa! Find out what happens in Ms. Marvel & Wolverine #1 by Marvel Comics!

Previously in Ms. Marvel And Wolverine: Come check out the new series where Ms. Marvel teams up with some of the world’s greatest superheroes. First, she teams up with Wolverine and the X-Men and will later appear with Moon Knight and Venom in future issues.

Ms. Marvel And Wolverine #1 starts with Kamala visiting the X-Men Tree House when she notices a mechanical bug implanting itself in a tree. She immediately investigates before Rogue and Jean Grey question her intentions. Wolverine, who previously worked with Ms. Marvel, eases tension and investigates the bug. Unfortunately, there is suddenly a swarm of them! Everyone suits up, and Cyclops shows up and clears the sky with his optic blast.

As the X-Men leave, Wolverine sticks around to talk to Ms. Marvel. Unfortunately, another swarm appears, and the X-Men have gone to space. Wolverine calls for backup Storm, Monet, and Armor arrive. Ms. Marvel proposes a plan to use Wolverine as bait while Storm summons lighting to clear out the wave. As the fighting subsides, the mutants of Krakoa applaud Ms. Marvel’s quick thinking and willingness to help.

The best part of Ms. Marvel and Wolverine #1 was the art. I thought the line work and coloring were excellent and well done. Each page was gripping to look at, and they picked worthy mutants to show off Zé Carlos and Eric Arciniega’s skills. The second thing that I enjoyed with the quirkiness of Kamala Khan. She is a fun character, and it is interesting seeing a more mature version after recently watching the TV show. But beyond that, I couldn’t get into the narrative arc. It started off great, and I appreciated Wolverine standing up for Kamala. Still, it was frustrating to see two waves of mechanic wasps as the main antagonist of the piece.

The mechanical wasps have no character, so there is no enemy to bounce the protagonists’ personalities off of. This isn’t a bad thing for a brief villain. However, Cyclops wiped the floor with this swarm on a page. That scene feels anticlimactic if we bring the hive back immediately after Cyclops leaves. There was a lot of potential for a dynamic villain, but I imagine the creative team didn’t have the page count to do much more than this.

This is a pleasant read because of the dynamic artwork. But I fear it isn’t memorable for a one-shot comic. The character design and development were spot on, but the threat didn’t feel like much of a threat. Still, Ms. Marvel and Wolverine #1 is a solid 4 out of 5.

Ms. Marvel & Wolverine #1 has excellent artwork and compelling characters but lacks a potent antagonist to pit the title characters against.