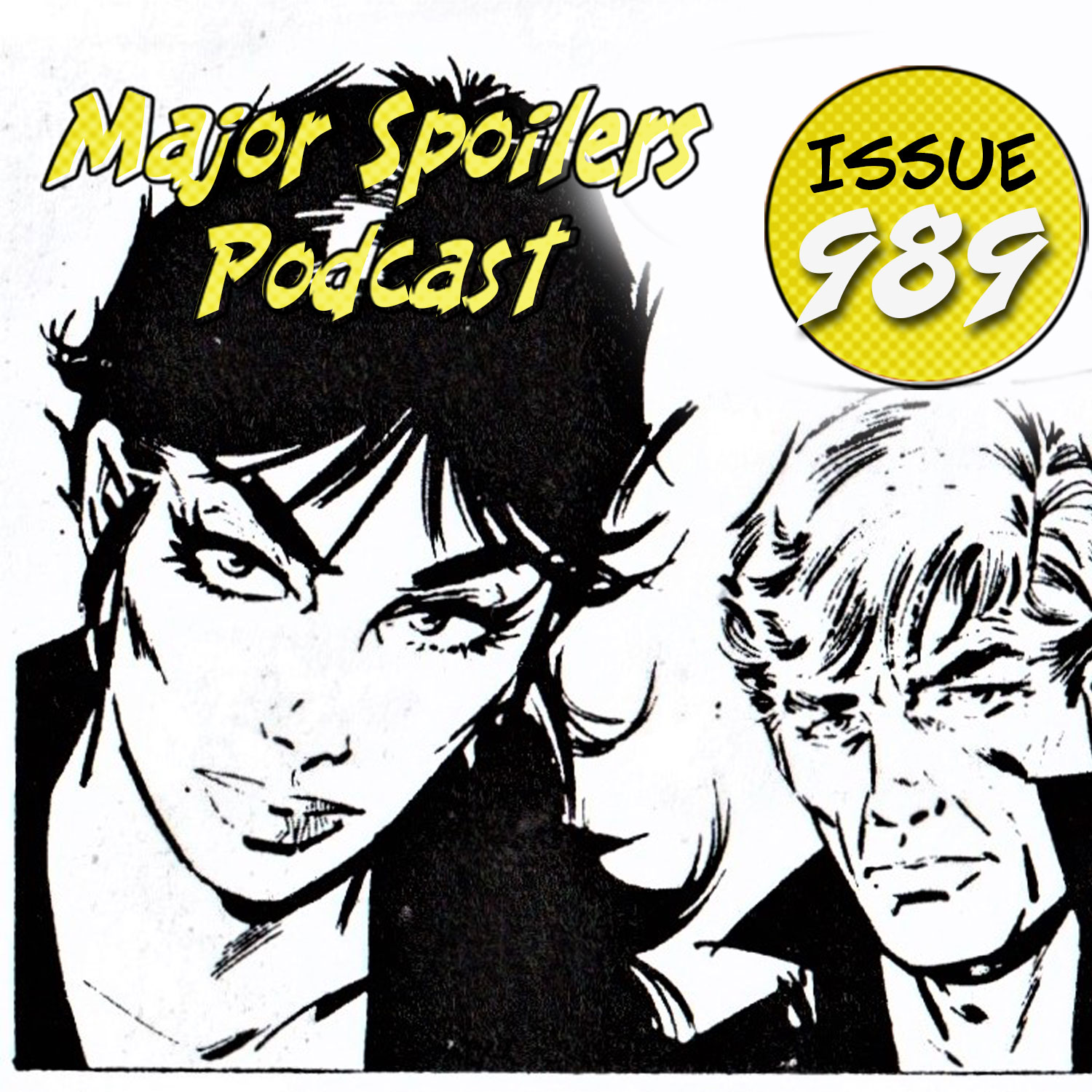 Because our Patron demanded it! This week, we take a look at Modesty Blaise and the Gabriel Setup. We also review Hellboy and the BPRD 1957: Falling Sky from Dark Horse Comics, Survival Street #1 from Dark Horse Comics, and Sherlock: A Scandal in Belgravia Volume 2 #1 from Titan Comics. We talk Pac-Man! Substack, and a certain pharma bro!

This is MajorSpoilers’s Newsletter, a newsletter about Comics and pop culture.

STEPHEN
HELLBOY AND THE BPRD 1957: Falling Sky
Writer: Mike Mignola, Chris Roberson
Artist: Shawn Martinbrough
Publisher: Dark Horse Comics
Release Date: August 10, 2022
Cryptozoologist Woodrow “Woody” Ferrier joined the B.P.R.D. to find exciting and previously undocumented cryptids, but unfortunately, most of his cases end in disappointment. But a trip with Hellboy to small-town Virginia where a huge and mysterious creature stalks the woods might provide him with just the opportunity he’s been waiting for!

Hellboy creator Mike Mignola and longtime collaborater Chris Roberson gives us a new tale from the world of Hellboy. Featuring art by Shawn Martinbrough, colors by Dave Stewart, and letters by Clem Robins.

You can purchase this issue via our Amazon affiliate link – https://amzn.to/3BNOBgu

MATTHEW
SURVIVAL STREET #1
Writer: James Asmus/Jim Festante
Artist: Abylay Kussainov
Publisher: Dark Horse Comics
Cover Price: $3.99
Release Date: August 3, 2022
After an unbridled wave of corporations take over America, the country is left completely deregulated and effectively carved up into feudal states where billionaires and businesses make their own laws. Among the wreckage, mass privatization shuts down public broadcasting, forcing all the beloved edutainers out on the down and dirty streets. One group of them stick together, determined to keep helping kids across the country and do it by becoming an A-Team-esque band of mercenaries fighting for (And educating!) kids in the crumbling, corporate war zone of New Best America.

You can purchase this issue via our Amazon affiliate link – https://amzn.to/3PdAnYY

RODRIGO
SHERLOCK: A SCANDAL IN BELGRAVIA VOL 2. #1
Writer: Steven Moffat, Mark Gatiss
Artist: Jay
Publisher: Titan Comics
Cover Price: $4.99
Release Date: August 17, 2022
THE BEST-SELLING MANGA ADAPTATION OF SHERLOCK RETURNS!
Sherlock Holmes (Benedict Cumberbatch) and John Watson (Martin Freeman) are called to save the royal family from blackmail at the hands of Irene Adler!
Adler pulls Sherlock into a complex web of mysteries involving the CIA and the MoD, with secrets that could threaten to threaten international security and topple the monarchy.

You can purchase this issue via our Amazon affiliate link – https://amzn.to/3QAGUyj

MODESTY BLAISE: THE GABRIEL SETUP
Writer/Artist: Peter O’Donnell
Publisher: Titan Comics
Modesty Blaise, cult creation of best-selling author Peter ODonnell, is back! The London Evening Standard newspaper strip adventures of this all-round bad girl and spy are now collected in this stunning new Collectors Edition paperback!
Thrown into searing hotbeds of intrigue, and up against impossible odds, Modesty Blaise proves once and for all that the female of the species is deadlier than the male. With her trusted right-hand man, Willie Garvin, and the underworld resources of The Network on tap, no job is too big, no threat too great!
CLOSE
Contact us at podcast@majorspoilers.com