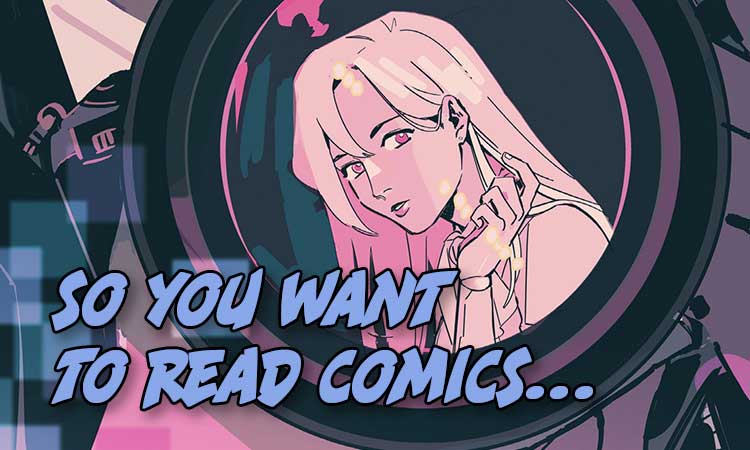 There’s no one here beside us in this week’s “So You Want To Read Comics”.  This is our weekly feature where we take a look at a single topic or genre, then give you two comic book recommendations, perfect for new readers, based on that topic or genre.  This week, we’re taking a look at comics for the lonely.

Loneliness is something that has affected, is affecting, or will affect most people in their life.  While sometimes these bouts are temporary and pass, sometimes they’re more stubborn and lend themselves to the concept of the human condition.  Now, while most people don’t wish for loneliness, it has proven to be a pretty fruitful subject for all sorts of entertainment.  There have been ancient stories about lonely gods coming to Earth to find companionship, not to mention the scores to books, TV shows, and movies that have broached the subject.  Basically, since loneliness is, somewhat ironically, so universal, it attracts a lot of people looking for something they can emphasize with.

Comic books are no stranger to the topic of loneliness, most superhero characters have dealt with at least once, but here are a couple for you to take a look at if you’re just getting into comics.

Pixels of You tells the story of two artists, one a human, the other an advanced AI that is part of a newly emerged sentience on the planet.  As the two of them try to make their way through life they must confront their views on the world and past traumas that are shaping their future.  What this story does so well, is that it shows that loneliness isn’t just not being around people.  Loneliness can come from being mentally and emotionally closed off as well, meaning that a person can feel completely isolated, while being surrounded by others. It goes on further to examine how certain things out of our control can contribute to that loneliness.  In this instance, the AI character Fawn must come to terms with the fact that the people who literally programmed her, had biases that they implanted into her and the more she accepts this as just the way things are, the further she’s pushed away from others.  This is a fairly short volume, so it can be finished in an afternoon, making it perfect as something to check out if you’re interested in seeing what comic books have to offer.

You probably know the story of Superman’s origin, blown-up planet, spaceship, Kansas, etc.  If you do, you actually have something in common with the main character of this series.  In this miniseries, Superman is a fictional character as well, which leads to a lot of teasing for a kid named Clark Kent, that is, until he starts to develop powers.  This series explores two sides of loneliness: one from being ostracized for something as trivial as a name and the other, the loneliness that comes from having a secret that no one else in the world can relate to.  As this story progresses, Clark goes from being a young misunderstood boy to being literally the most powerful person on the planet but still not having anyone he can share it with.  What this series does very well is showing that there are ways out of being lonely, that sometimes the isolation comes from a lack of willingness to allow others in, and the happiness that can come from letting go of those barriers.  Being that this doesn’t take place in continuity with the rest of the DC comic books, there’s not much in the way of previous knowledge needed to get a full grasp of what’s going on in these pages.

What are some of your go-to comics when you’re feeling lonely?  What did you think of these recommendations?  Let us know in the comments section below.