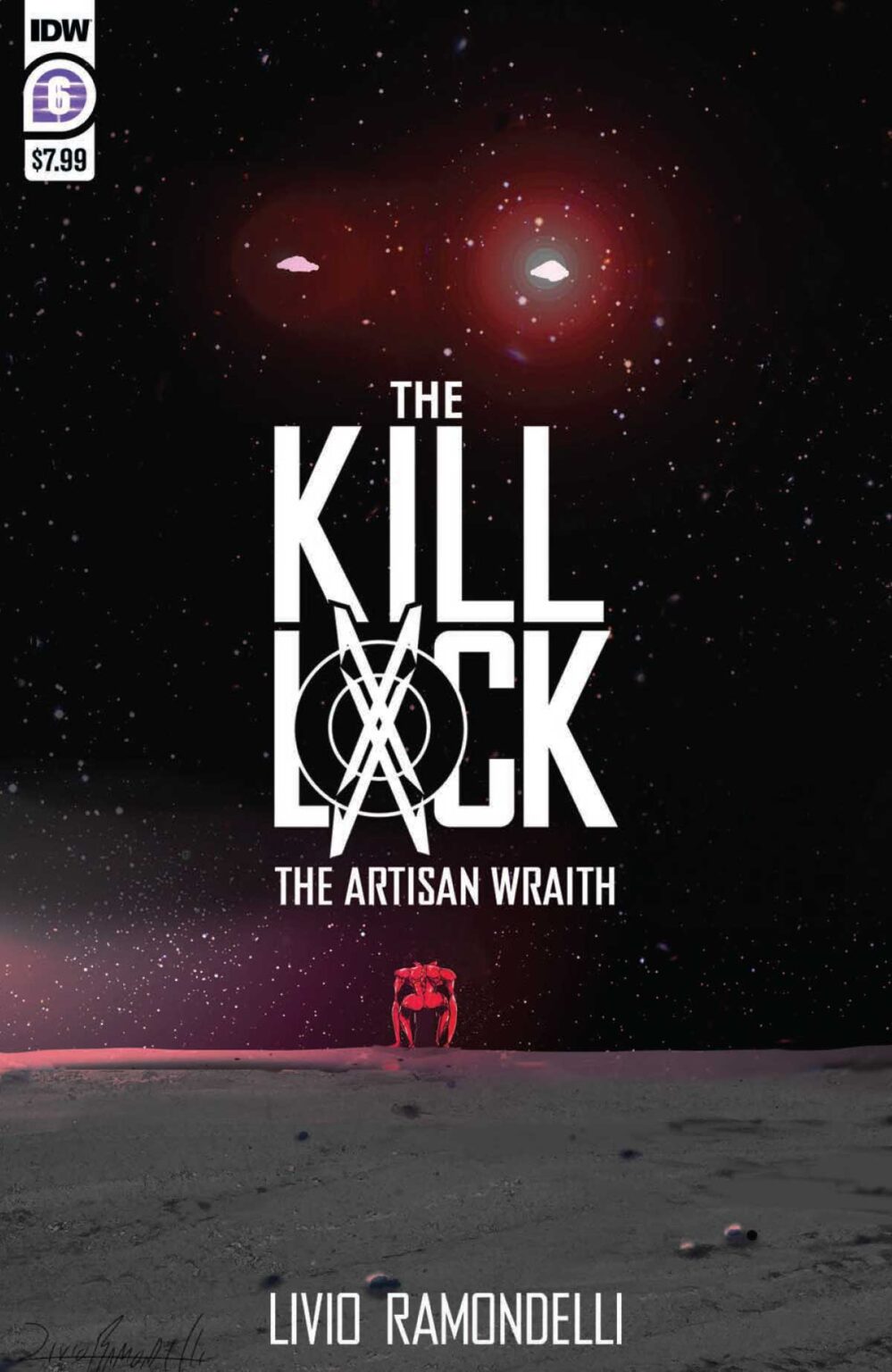 IDW Publishing sent Major Spoilers this sneak peek of The Kill Lock Artisan Wraith #6 that is in stores on Wednesday.

THE KILL LOCK ARTISAN WRAITH #6 (OF 7)
(W) Livio Ramondelli (A/CA) Livio Ramondelli
Secrets revealed! The origin of the Wraith Legion’s alliance with the Forgers is revealed! What could possibly scare an army of nearly indestructible bots? And what does the Artisan Wraith have to do with it?
In Shops: Aug 10, 2022
SRP: $7.99