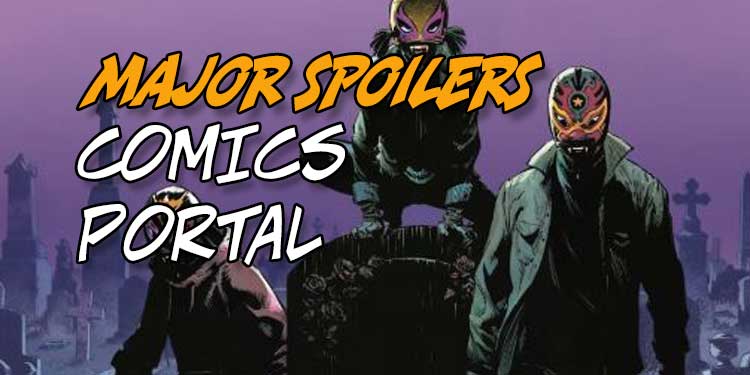 Mark Millar’s new vampire series Night Club will be selling for only $1.99 an issue! Can he sell twice as many copies so they can make money?

HOW LOW CAN YOU GO? Word came out recently that Mark Millar was going to sell his new vampire series called Night Club at $1.99 per issue when it debuts in December.

Why is he doing that? He gives his answer to that question in a recent online interview:

“The biggest thing I hear in comic stores is that comic books are too expensive, and everyone is absolutely right. I remember them creeping up to three dollars and then four dollars became the norm, and now I’m seeing five and six dollars for a single issue when you generally read them in about ten minutes.”

Of course, he sees the other side of the coin when it comes to issue costs.

“I also understand why the costs have gone up. Overheads are enormous compared to typical magazines, and if you pay the creators properly, you’re out tens of thousands of dollars per issue and up to two or three hundred thousand dollars upfront for every six issue run before they’re collected into a trade.”

So why sell this book at a lower price? Millar says he asks artists what they get paid at Marvel and DC, then increases that rate to get them to work for him. He refers to this as “a crazy experiment” he wants to try.

He refers to Night Club as “our most commercial and high-profile launch this year,” so he wants to “sell it at less than half the price of a current comic.” He’s going to do this and “just see what happens.”

He has hired Juanan Ramirez, best known for his work at Marvel, and he could need to sell twice as many copies as he previously would to make the same amount of profit.

Finally, here’s the comic’s description: “You’re 17 years old, and you’ve been bitten by a vampire? Do you live in the shadows and drink human blood or use your new-found gifts for the dream life of a costumed superhero like you always wanted? You’re bulletproof, you can crawl up walls, turn to mist, bats or even a wolf. Why not have fun? Note: THIS SERIES WILL BE $1.99. TAKE THAT, DC & MARVEL!”

This six-issue mini-series will be published by Image Comics. The series focuses on three teens who have decided to wear luchadore wrestling masks for their superhero identities.

During an interview with Syfy Wire, Millar said, “It’s such an obvious idea I’m amazed nobody has ever done it as superheroes and vampires have everything in common.”

I hate to point this out, but there actually already IS at least one comic that mixes these two genres. It’s called The All-Nighter, and it comes from Chip Zdarsky, Jason Loo, and Paris Alleyne. They’re up to about issue #9 at this point. The book comes out as a comiXology Original series.

I actually enjoy that comic quite a lot! I imagine I’m not the only one to point out at least that comic predating Millar’s.

CAN THIS BE A GAME CHANGER? With many fans needing to tighten their belts when it comes to buying comics, I imagine Millar will get a lot of buzz just on the price of the book alone. Hopefully, the content will keep people coming back!

If this all does work out and the title actually makes money for Millar and company, it just might make other comics companies stand up and pay attention. However, I don’t expect that much from a single series. It might take several books lowering their cover price and still making money for the “big” companies to actually considering changing their price structures.

I can already hear those folks saying something along the lines of, “You get what you pay for.” Or maybe even, “There’s a reason it only costs $1.99. It’s only worth that much!”

Still, it is a nice change of pace to see a cover price actually go DOWN instead of up.

I’m sure Millar HOPES it will be a game changer in that way. However, it could lose money by the boatloads if it doesn’t attract the interest he thinks it will. Of course, Millar does have enough cash on hand that he could more easily absorb a loss like that than others might be able to.

By the way, Millar also has at least two other comics coming out in the months ahead—Big Game with art by Pepe Larraz, and Nemesis Reloaded, featuring the return of the evil guy who wears all white and racks up a serious dry cleaning bill!

If you want to support Millar’s Night Club experiment, you should be sure to let your local comics shop know you want to buy this book. And soon!

What do you think? Can the comics industry sell enough copies of a $1.99 comic that they can actually make money? Or would you prefer to spend more money to get better content? Whatever your opinion, be sure to share your opinion and thoughts in the space below!