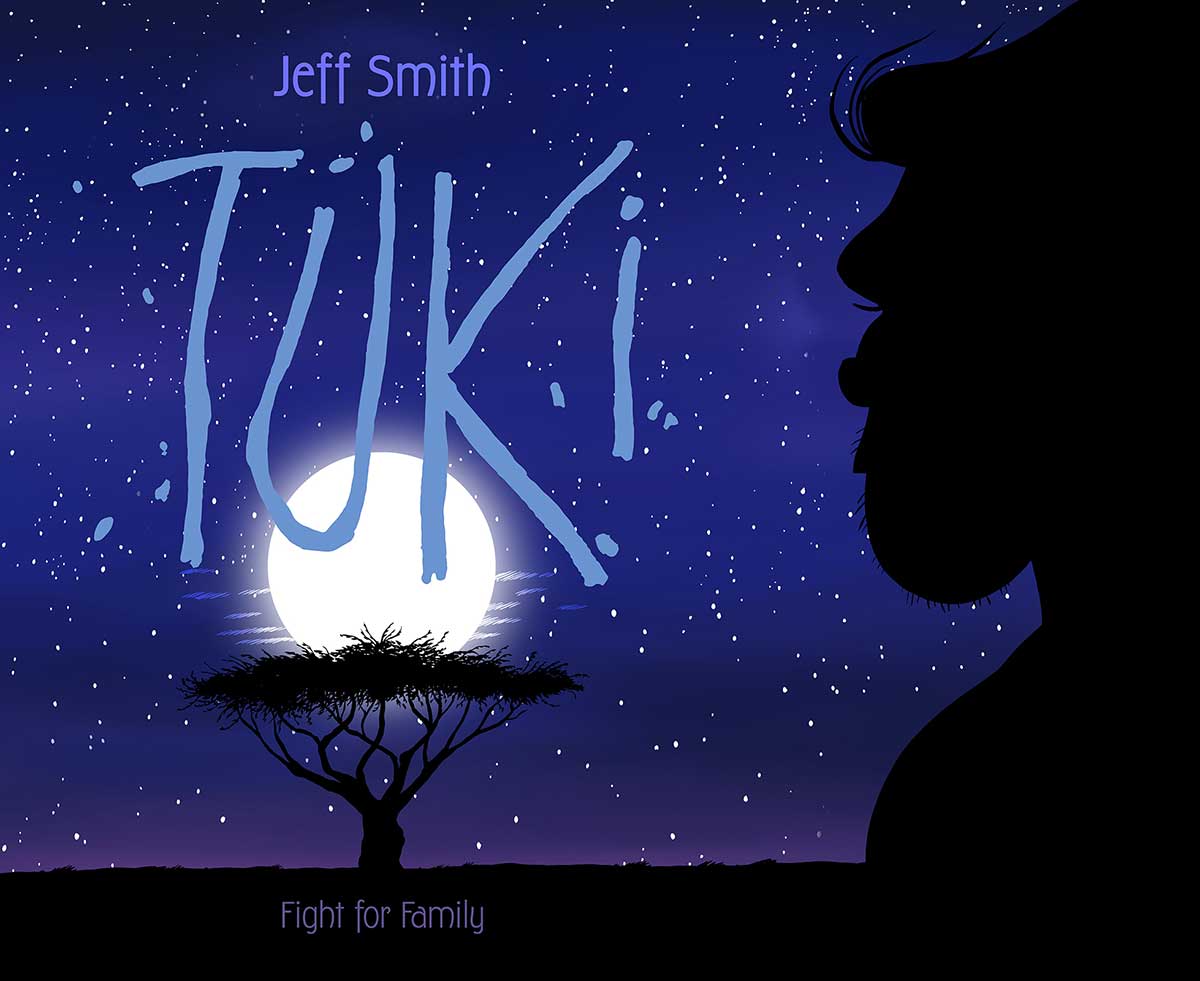 Jeff Smith’s Tuki is back with Tuki Book Two: Fight for Family.

Set two million years ago, when multiple species of hominids existed at the same time, this hand-drawn story follows the misadventures of a small band of early humans who controlled fire in an epoch when gods and giants were real, and Fire was taboo.