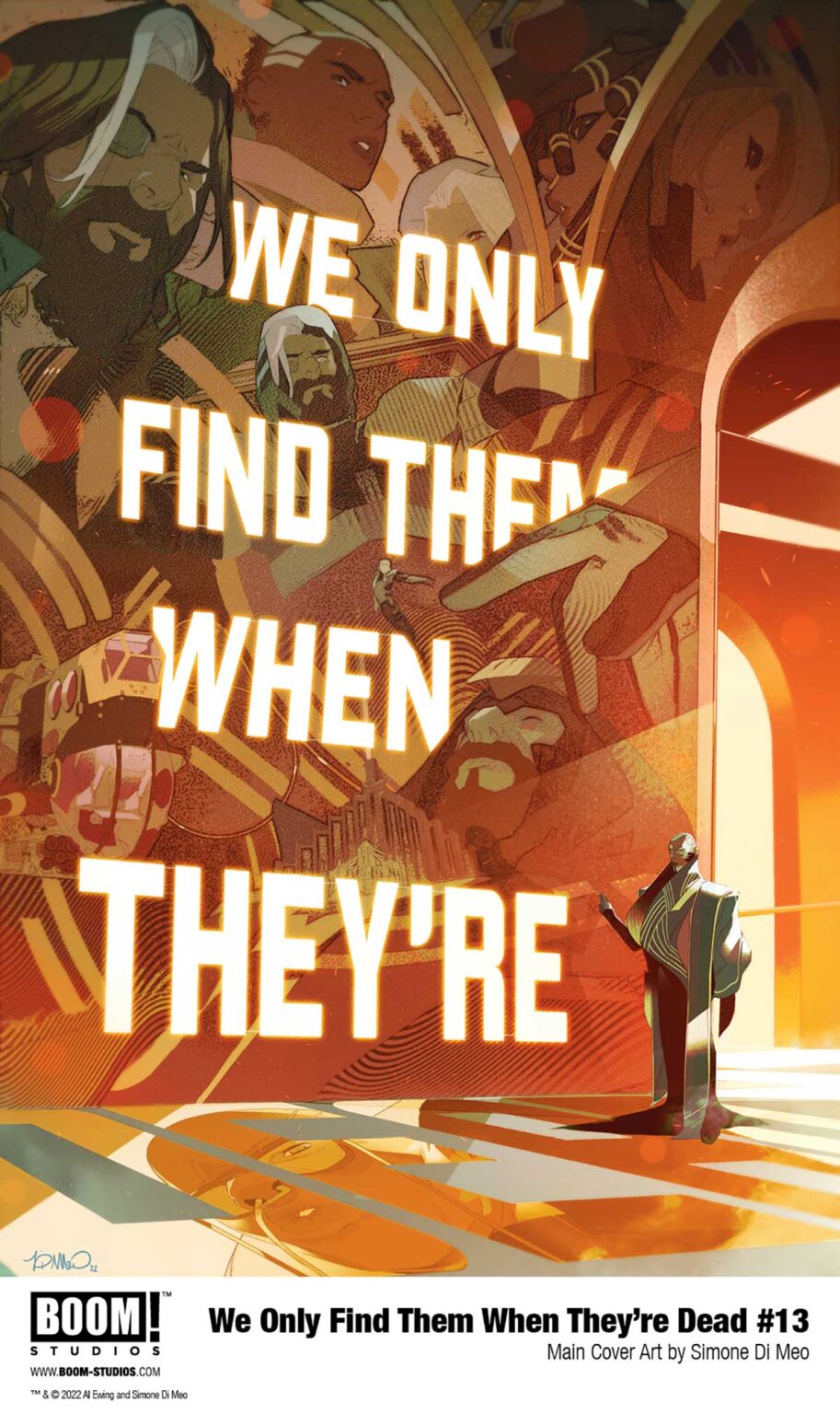 BOOM! Studios sent Major Spoilers an early look at We Only Find Them When They’re Dead #13 from Al Ewing and Simone Di Meo.

The final story arc continues as Honorhim flashes back to the attempt on his life, the catalyst for his current paranoia. But as he debates what to do about Thierry, and what the revelation of his survival means, he may discover that Newdawn has her own agenda…